If the United States had known what Nazi Germany would become, would we have participated in the 1936 Berlin Summer Olympics? This is not a historical head-scratcher. The answer bears directly on next year’s Winter Olympics in Communist China.

The United States should boycott Beijing 2022 given China’s threats abroad and tyranny at home.

Communist China is more obviously dangerous today than Nazi Germany was in 1936. Then, the United States and the free world were not yet completely convinced about Adolf Hitler’s plans.

SEN. DEB FISCHER: RUSSIA, CHINA NUCLEAR THREATS – US MUST DO THIS TO FACE RANGE OF MODERN CHALLENGES

There were terrifying signs: the evil Nazi ideology was clear, they were rapidly building military strength, and anti-Semitism was already enshrined in law. The Nazis hadn’t yet invaded their neighbors, built concentration camps, or started the worst war in human history.

While far-sighted leaders like Winston Churchill foresaw what was coming, there was enough foolish optimism for the free world to give Hitler a propaganda victory in the Berlin games.

There is no such misplaced hope about Communist China. Or at least, there shouldn’t be.

China’s direction is already clear. Long ago, it trampled the people of Tibet. Recently, it wiped out Hong Kong’s freedom. It makes near-daily threats against democratic Taiwan. Its systematic and determined cover-up of the origins of COVID-19 led to the worst public health crisis in a century.

Most of all, we know the Chinese government is guilty of genocide. The United States has officially recognized that Beijing is brutally oppressing the Uighur population in its western province of Xinjiang.

There, China has arbitrarily imprisoned more than a million people. They are tortured and compelled into forced labor. Children are taken from their homes.

Women are forced to have abortions and be sterilized, often without knowing it. And rape and sexual abuse are everywhere. As one rape victim tearfully put it, China’s "goal is to destroy everyone."

It’s true: China seeks to stamp out the entire Uighur culture and faith, by any means necessary. China denies it all, but the facts are not seriously in dispute.

All told, more than 12 million Uighurs live in daily fear that they could be imprisoned, tortured or even killed. It is not the Holocaust, for which there is no historical parallel, past or present. But it is still a genocide.

Given Communist China’s direction, it could soon become what Nazi Germany was in the 1940s. It is not a country the United States should glorify through participation in the Winter Olympics.

President Xi Jinping wants the propaganda boost of the games. He remembers well the widespread praise China received after hosting the Summer Olympics in 2008. Symbolism matters, and if the United States and other free nations participate in Beijing 2022, the Chinese Communist Party will claim it as further proof of China’s good global standing and world leadership.

But if the United States boycotts the Winter Olympics, it will send an unmistakable message that China’s tyranny and threats are unacceptable. It will show that actions have consequences.

Some will say U.S. athletes should be allowed to compete after years of training. While my heart would break for our great athletes, their concerns must be weighed against the suffering of millions of people, and the millions more under threat. Individual and national athletic glory are not as important as upholding America’s guiding principles. 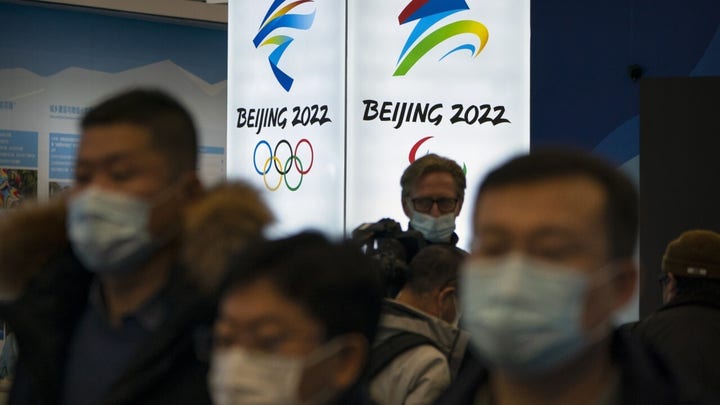 Some will also say a U.S. boycott will have no impact on Beijing. This argument shows a lack of understanding about diplomacy.

When you let your counterpart get away with genocide, which is literally true of China, you’re negotiating from a position of weakness. If you stand strong on non-negotiable issues, you’re in a position of strength. Ignoring China’s evil actions is no way to stop those actions in the future, much less make progress on other critical security and economic issues.

A boycott is in the best interests of the United States and our principles. It would be even better if Biden urged America’s allies to join us.

The Winter Olympics is especially well-attended by free nations with strong records on human rights, from Canada to Western and Central Europe to Scandinavia to Japan and South Korea. If the U.S. boycotted the Olympics on human rights grounds, those countries would think twice about showing support for such a brutal regime. Some might go to the games anyway, but the United States would still be doing the right thing.

In my time as U.S. ambassador to the United Nations, I often stood alone on issues ranging from Cuba to Iran to U.S. membership in the disgraceful U.N. Human Rights Council. When necessary, standing alone on principle is far more important than global popularity.

The United States must boycott Beijing 2022.