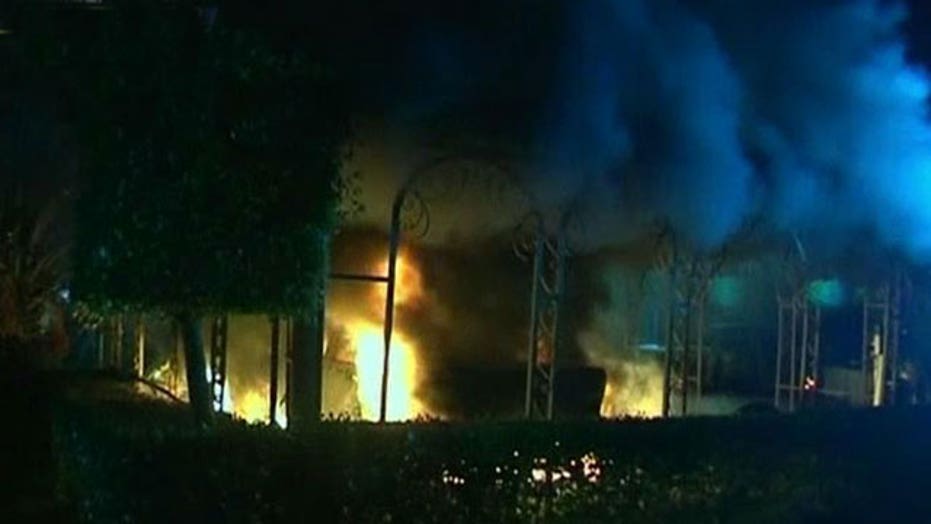 Some are calling it the “smoking gun” in the Benghazi scandal.

A just-released email from a top White House communications adviser clearly shows the political strategy behind then-U.N. Ambassador Susan Rice’s appearance on Sunday news programs -- blaming the attack on the U.S. Consulate in Benghazi, Libya -- which resulted in the murder of our ambassador and three other U.S. citizens --- on a fictional violent protest of an internet video instead of a well-coordinated attack by Al Qaeda.

The email dated September 14, 2012 – three days after the attack – was sent by then-White House Deputy Strategic Communications Adviser Ben Rhodes to top spokespeople in the White House and State Department. The title of the email says it all:  PREP CALL with Susan.

And among the key objectives to convey to Susan Rice hours before her media appearances:

Here's the problem -- ALL of those objectives were designed to hide the truth -- and score political points.

It is clear that these talking points were deeply flawed. The U.S. did not do everything in its power to protect our diplomats in Benghazi.

In an 85-page report, the Senate Intelligence Committee concluded:

“The failures of Benghazi can be summed up this way: the Americans serving in Libya were vulnerable; the State Department knew they were vulnerable; and no one in the Administration really did anything about it.”

No one has been held accountable. The State Department initially put four employees on administrative leave but later said they would be reassigned to different positions at the State Department and would return to work. The bottom line: no one was fired.

And, instead of portraying the president's “strength and steadiness” – this strategy to deceive underscored the president’s weakness and inconsistency.

From the very beginning, the unfolding facts about that deadly Benghazi attack did not fit into the Obama administration's political narrative. After all, why would the administration admit that the attack was part of an Al Qaeda plot -- especially since the president -- in the run-up to the November election -- had been touting that “Al Qaeda was on the run” – that Al Qaeda had been “decimated.”

How could Al Qaeda be “decimated” if it was behind the Benghazi attack?

It’s not the kind of question the administration would want to address – or the kind of media focus that they would want – just weeks before the election.

For 20 months, the administration has failed to provide the truth to the American people and to Congress about Benghazi. Instead of protecting our diplomats, the Obama administration was more concerned about protecting the perception of not having a foreign policy failure.

The administration put politics ahead of the truth.

What's worse, this unredacted email wasn't initially turned over to Congressional investigators. The administration didn't include the complete text of the email in the heavily-redacted information it provided to Congress. No, it took a federal lawsuit by a private organization to unearth this damning email.

Now, there are reports that the administration finally turned over the unredacted email to a Congressional committee just days ago -- at the same time it was released to the private organization.

That appears to be the only way to get to the bottom of Benghazi and a growing list of Obama administration scandals -- including the unlawful IRS scheme targeting conservative and Tea Party groups.

Is the newly released email the real “smoking gun” in the Benghazi scandal?

There are still many questions that need to be addressed about what happened at our Consulate and why.

The fact is the court-ordered release of this new information about Benghazi reinforces what we already know about the Obama administration – it will stop at nothing to prevent the American people from getting the truth.