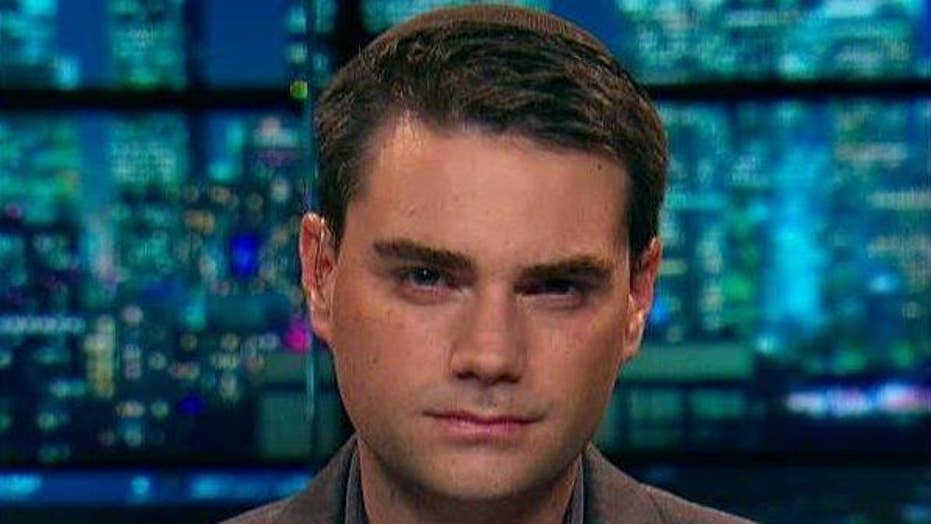 It’s a moving scene. People preparing for the worst, not knowing what damage may occur. Some, perhaps, being evacuated from the area.

Hurricane Harvey? Irma? No. It’s a visit by a right-wing talk show host.

Ben Shapiro, editor-in-chief of conservative website The Daily Wire and host of “The Ben Shapiro Show” podcast, will be speaking this Thursday on the Berkeley campus.

Berkeley, of course, is the home of the Free Speech Movement. In 1964, students organized to demand they be allowed open political advocacy, and outside political speakers.

They’ve had plenty of time to think about it since, and apparently many have changed their minds.

Which is why right wing advocates have had a tough time recently at Berkeley. Violent protests prevented conservatives Ann Coulter and Milo Yiannopoulos from speaking.

It’s a disgrace that conservatives need special security on any campus in America.

And now posters have appeared on campus accusing Shapiro of “Fascist Intellectual Thuggery in the service of the Trump/Pence Fascist Regime.” That doesn’t bode well. (Shapiro has often criticized Trump, but no matter.)

At least one group, Refuse Fascism, says they’ll be out protesting, though whether there’ll be violence remains to be seen. (Actually, Shapiro spoke at Berkeley in early 2016 with no problem, but that was B.T. — Before Trump.)

Anyway, it’s a new school year, and Berkeley’s Chancellor Carol Christ is trying to re-commit the college to free speech. Shapiro’s appearance will be an early test.

The school is taking no chances. Provost Paul Alivisatos says there’ll be “highly visible police presence” and a “closed perimeter” around the building where Shapiro speaks.

More telling, Alivisatos is worried “about the impact some speakers may have on individuals’ sense of safety and belonging.” In the old days, the solution to this was known as “not listening” or “not caring.” Or if you were really radical, “listening, caring and thinking for yourself.”

But Berkeley’s got a better solution. They offer counseling for students, staff and faculty (faculty? – if I had tenure, nothing could bother me) who feel threatened. Not threatened by Shapiro in particular, the school claims, just by anything that happens to bother people around the time Shapiro is speaking.

Shapiro will be talking about “campus thuggery” and the intellectual atmosphere -- or lack thereof – at colleges these days, a favorite subject of his. He claims that universities brainwash students by not exposing them to diverse viewpoints. (That sounds like a good enough reason to shut him up.)

Reading Shapiro’s work, one gets the impression of a solid conservative, but reasonably mainstream within his movement. It’s hard to believe people could get too excited about his appearance unless they believe conservatives shouldn’t talk at all.

But let’s say he is an extremist. Who cares? Let him have his say. It’s not as if fairly radical left-wing speakers don’t give talks at Berkeley. It’s a disgrace that conservatives need special security on any campus in America.

My guess is most students at Berkeley don’t mind Shapiro coming to speak, and many even support it. But it doesn’t take too many thugs to ruin it for everyone else, especially if the school won’t confront them.

Still, I expect the protests to fizzle. Ben Shapiro is the undercard. In two weeks, Milo Yiannopoulos is coming back to campus, and that’s when you’ll see real fireworks. Berkeley will need a lot of security for that one. And while they’re at it, better double up on the counselors.