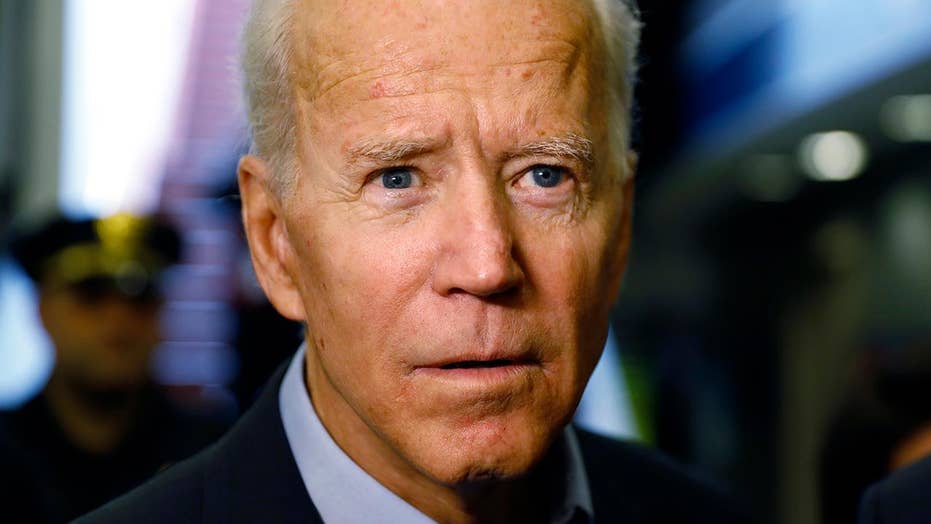 Joe Biden: I asked President Obama not to endorse, whoever wins the nomination should win on their own merits

The Democratic field is all but set with former Vice President Joe Biden in the race. Biden enters the race without the support of his president and claimed he asked former President Barack Obama not to endorse anyone in the race. That request, if real, was a smart choice by Biden.

Biden has never been a good presidential candidate. His prior two attempts were unsuccessful in significant part because of his personal problems and gaffes. He has stumbled out of the gate each time he has run for president, and he did so again this time. As I have written before, Biden will fade in this race.

Biden has such limited appeal to Democrats that, despite being the vice president, he was not even a remote consideration in the 2016 presidential election. Ask yourself, how many times in history has that occurred?

Of course, part of the reason for that is that Obama did not push Biden’s candidacy early. This time around, leading up to 2020, Obama will be a significant liability for Biden, and he is smart to distance himself from Obama early and often.

Now that the report by Special Counsel Robert Mueller is out, the three-year effort to undermine President Trump has passed its high-water mark. The worst is likely over for Trump. If Democrats continue their attacks, it will only hurt them and bolster the president.

In the coming months, Biden is going to regret telling the world last month that, during the Obama administration, the thing about which he is most proud, is that there was "not one single whisper of a scandal." He said that, on "The View," just after his announcement. The crowd cheered, but the coming weeks won’t be so kind.

In the months ahead, among the 2020 Democrat candidates, Biden will have to answer the most for all the sins and crimes of the Obama administration.

By all accounts, the inspector general’s report is set to come out before the end of May or in June. That report, based on statements by the inspector general, will cover the serious Foreign Intelligence Surveillance Act abuses that occurred during the Obama administration.

In an interview with Fox News, Joe diGenova, a former U.S. attorney for the District of Columbia, pointed out: "There’s another report that everyone has forgotten about involving James Comey alone. That will be out in two weeks. That report is going to be a bombshell. It is going to open up the investigation on a very high note, and there are going to be criminal referrals in it."

DiGenova added "The FISA Court has already communicated with the Justice Department about its findings ... and their findings are that for more than four years before the election of Donald Trump, there was an illegal spying operation going on by FBI contractors, four of them, to steal information — electronic information — on Americans and to use it against the Republican Party. There are going to be indictments."

In other words, the story is changing. In the months ahead, the Obama administration’s worst scandal will be front and center. The current, no-nonsense Attorney General William Barr appears to be more than up to the task. If half of what Joe diGenova says comes true, Obama is going to be a help to no one.

Not being a help is an understatement. Being a part of the Obama administration will be toxic more than it already is.

As you consider that, ask yourself who were the two people that benefitted the most coming out of the anti-establishment 2016 election? It wasn’t Joe Biden. He didn’t even run for president. It wasn’t Hillary Clinton, because she is now out of politics.

The first right answer, of course, was Trump. He was anti-Washington all the way.

The second answer is Bernie Sanders. He nearly beat the entire Democrat Washington establishment single-handedly that cycle. Many think the result could have been different but for the Democratic National Committee’s rigging of the nomination process.

Where was Joe Biden in that anti-establishment year? Virtually nowhere to be seen.

So, is 2020 a Democratic establishment year? So far, the energy on the left is with a crowded group of candidates on the far left who have no ties to Obama. Once the inspector general’s report comes out, that is not going to change.

Indeed, in the months ahead, among the 2020 Democratic candidates, Biden will have to answer the most for all the sins and crimes of the Obama administration.

“Where was Joe?” when all that was happening will be the question of the day. We shall see just how proud Joe Biden is of the Obama administration. Meanwhile, anti-establishment Sen. Bernie Sanders can honestly claim he never had anything to do with Hillary, Obama or Biden. Advantage Sanders — with an assist from Barack Obama.