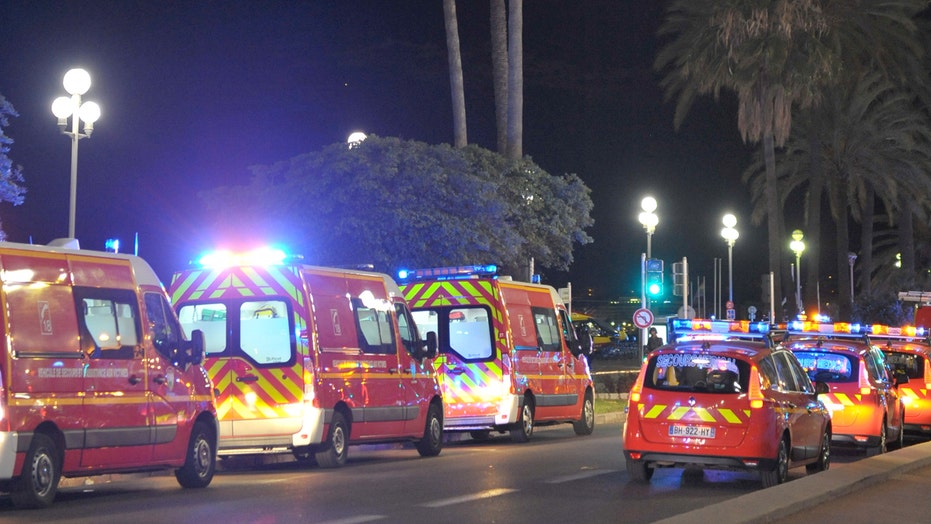 At least 84 people died Thursday night in Nice, France, when a terrorist plowed a truck into a crowd celebrating Bastille Day. Their deaths should free all of us, once and for all, from the toxic and seditious lie, spread by the likes of Barack Obama and Hillary Clinton, that guns--not madmen or radical Islamics--are a threat to civilized people in America, or in France, or anywhere else.

On April 15, 2013, at the Boston Marathon, terrorists used two crude bombs, fashioned from pressure cookers, to take three lives and injure 264 others.

On September 11, 2001, terrorists used box cutters to hijack four planes they then flew into the World Trade Center and the Pentagon.  Another plane crashed into a field in Pennsylvania, when passengers tried to overtake the hijackers.  Nearly 3,000 people died and 6,000 others were injured.

The worst episode of school violence in history was the 1927 Bath School massacre in Bath Township, Michigan, a school bombing that killed 45, including 38 elementary school children, and injured 58 others.  It remains the deadliest mass murder at a school in America, ever.

President Obama and former Secretary of State Clinton may still argue that making America safe has to mean depriving Americans of their Constitutional right to bear arms. And that would be a cynical denial of the real perils we face.

In 2004, in Deltona, Florida, home invaders used baseball bats to bludgeon six people and a dog to death.

In China, 50 were killed by knife wielding assailants at a coal mine on September 18, 2015.

I could go on and on and on, for pages and pages, without listing a single horror in which a gun was the instrument of death.

Yet, despite facts like these, President Obama and former Secretary of State Clinton may still argue that making America safe has to mean depriving Americans of their Constitutional right to bear arms.  And that would be a cynical denial of the real perils we face.  It would be a lie consciously designed to further their apparent goal of disarming good and decent Americans who would then be less autonomous, less able to resist violence and less able to stand up to anyone or any entity (including any government) intent on killing or enslaving them.

Why would they promulgate such a lie?  I believe it is because they fundamentally distrust individuals and individual rights.  They believe that a government, run by elitists like them, is the answer to mankind's problems. They think they're that much smarter and that much more deserving of power than the rest of us.  And that's the psychological reason why (by the way) Hillary Clinton decided she could send top secret emails from her personal server.

That's why they insist people spend even their after-tax income to buy things they tell them to--like health insurance--whether people want to, or not. And that's even why Michelle Obama prescribes what public school kids eat during school lunch.

It's even why Barack Obama wants to tell public schools in every state and every town how kids should use their restrooms.

Because people like Barack and Michelle Obama and Hillary Clinton believe that training human beings to do only what they are told to do has to start early.

See, our own reasoning--as free individuals--offends people like Barack and Michelle Obama and Hillary Clinton, deeply, to their cores. Their distrust of individual autonomy is visceral, vicious and a threat to freedom everywhere.

Beware them and those like them.  President Obama and Secretary Clinton deny and twist reality to pare down the rights guaranteed by our Constitution. They have been willing, again and again, to use the deaths of innocents to advance their vision of themselves as all-powerful leaders and the rest of us as docile, unreliable, potentially destructive and disarmed children dependent on them and others like them.

I'll place my trust in God, instead, thank you. And that's why President Obama and Secretary Clinton are no friends of faith and support laws to harness and curtail religious liberties.

Bastille Day commemorates the storming of the Bastille on July 14, 1789, a critical event in the French Revolution that led to the Declaration of the Rights of Man and of the Citizen in France a few months later.

The Bastille was a fortress-prison considered to be a symbol of the absolute power of the French monarchy.  And, yes, those who stormed the Bastille were armed.