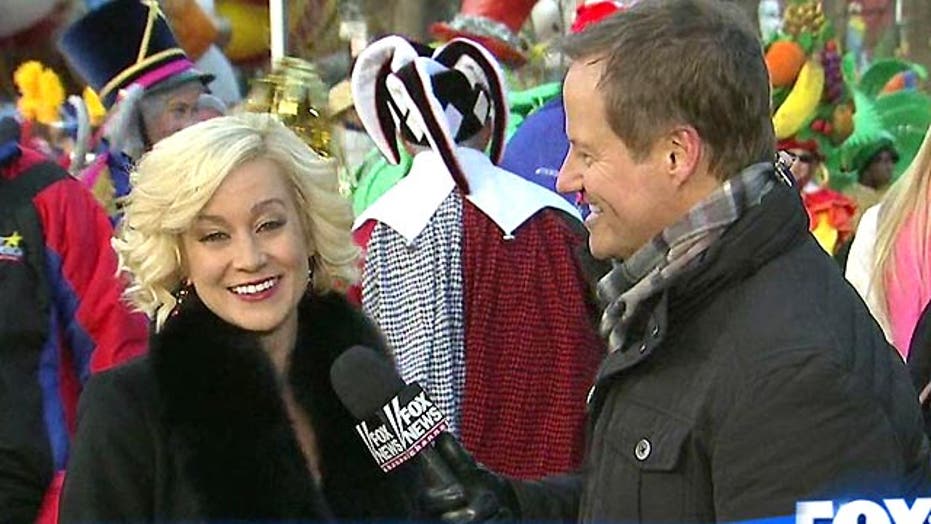 Boys and girls across the fruited plain were exposed to drag queens prancing about in Kinky Boots during the Macy’s Thanksgiving Day Parade, leaving moms and dads to explain to their children why grown men were dressed like women.

The drag queens were cast members of the hit Broadway musical “Kinky Boots.” They were decked out in full drag along with thigh-high, red stiletto boots – performing a song from the Tony Award winning show at the start of the parade.

The musical tells the story of a drag queen who saves a shoe business with “fun fetish footwear.” It was quite the shock for American families who were expecting a more family-friendly parade.

“You’ve completely removed the family part of Thanksgiving,” wrote one critic on the department store’s website (and reposted by the New York Post). “Absolutely disgusting.”

“In the words of my 10-year-old, ‘well, that was inappropriate,’” one mom wrote.

“I’m sending Macy’s an email to tell them to keep their agenda out of the parade,” another parent wrote. “We will no longer watch the parade and that’s sad because it’s been a tradition in my family for years.”

“There is a time and place to push an agenda and the Thanksgiving parade isn’t it,” one dad wrote. “This will no longer be a part of our family tradition. I shouldn’t have to monitor the stinking parade. My boys are asking me, ‘Are those boys?’”

The Huffington Post said the performance was “relatively tame” and lashed out at moms and dads who objected.

“Homophobia reared its ugly head,” the website noted in an unsigned editorial column.

And many parents doubted “Kinky Boots” was included in the parade for good-natured fun.

“I’m sad that our kids have to see stuff like this – none of which is done in fun,” one dad wrote on Facebook. “It’s done in all seriousness with an expectation of acceptance.”

And it turns out – that dad is absolutely correct.

Harvey Fierstein, the co-creator of the show, told the New York Post there was a point to the Thanksgiving Day performance.

“You have to start a dialogue,” he said. “And you can’t have a dialogue unless someone says something first. It takes actual work to open up [people’s] minds.”

But is it really appropriate to force parents to explain to their youngsters why grown men wearing lace undies?

Theresa Walsh Giarrusso is the author of the Atlanta Journal-Constitution’s “Momania: A Blog for Busy Moms.”

She asked readers to weigh in on how they handled the “Kinky Boots” performance.

“At my house, the girls got quiet when it came on,” she wrote. “I think Rose commented about one of the ‘women.’ She knew ‘she’ looked different. And I said, ‘Rose, that’s a man. They’re dressing as women.’”
Giarrusso said the resulting discussion was good, “but it was NOT one I was expecting to have on Thanksgiving morning watching a parade.”

Fierstein released a statement to Playbill.com praising Macy’s for defending “Kinky Boots” inclusion in the parade.

I’m so proud that the cast of Kinky Boots brought their message of tolerance and acceptance to America’s parade,” Fierstein wrote. “Ten years ago, I was humbled to ride a float dressed as Mrs. Claus and it was the thrill of a lifetime. Congratulations to Macy’s, on leading the world, not only with your salesmanship, but also your humanity.”

So let me get this straight – wearing lady’s unmentionables makes you more tolerant?

There may very well be a time and a place for grown men to dance around in boxer shorts and stiletto heels – but I believe most rationale folks will agree that the Macy’s Thanksgiving Day parade is not that time.