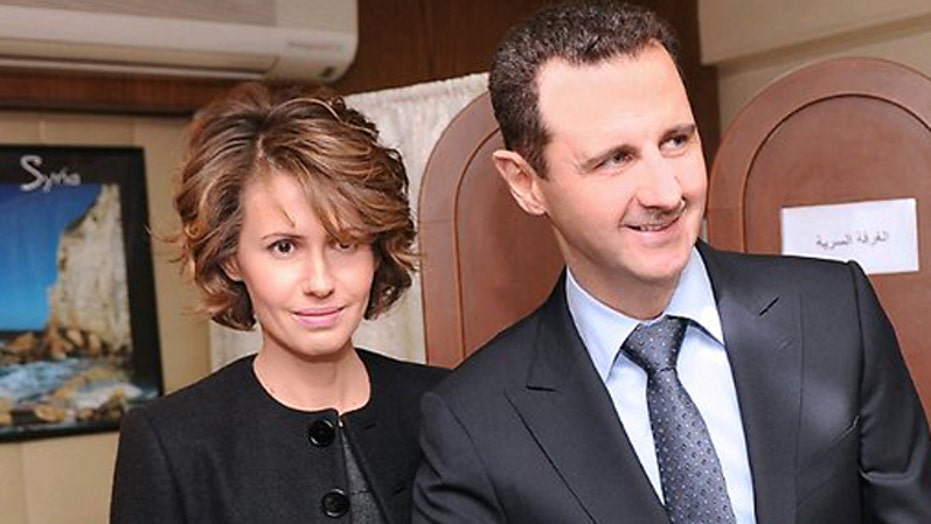 How did a modern feminist become a brutal dictator's wife?

How did Asma al-Assad go from being a fighter for women's rights to the wife of Syrian dictator Bashar al-Assad?

Since their marriage in 2000, Asma al-Assad, stylish wife of Syrian President Bashar al-Assad, has stood by his side through thick and thin.  This, despite the fact that  her husband Bashar presides over a government which Amnesty International and Human Rights Watch insist routinely tortures, imprisons and kills its political opponents. Most recently, of course, his government is accused of killing over a thousand Syrian men, women and children using chemical weapons.

Asma, who is pretty and fit, is also smart. She was an investment banker at J.P. Morgan when she met the Syrian president, who was then training in London to be an eye surgeon.

Now, people around the world wonder how a woman born in the United Kingdom, with a bachelor’s degree in computer science and French literature, could have stood by as her husband amassed a fortune over $1 billion while serving in public office. And how she could post Instagram photographs of her charity work while presumably hearing that her husband’s regime has used chemical gas to asphyxiate children.

The answer is simple:  Being pretty is no antidote to being greedy nor corrupt nor lacking empathy, even though people instinctively think it ought to be.

Being smart and educated is no antidote to being an accomplice, to being an accessory to organized crime (whether as a mafia don’s wife or a dictator’s wife).

And having children is no antidote to malignant narcissism.

You can be slim and wear stylish clothes and have an above-average IQ and still have such deep questions about whether you are worth anything at all, presumably because no one ever loved you for real.

And then you can go about trying to fill yourself up with money, power and the adulation of others, no matter what it takes—including killing people.

In fact, it is an expected result of running from one’s own self-loathing, cloaked in finery and fakery and fraud, that the real and decent people who interact with you will end up emptied out, of their money or their life force, by being in contact with you -- let alone having you as their “first lady.”

Bashar al-Assad may have turned out to be a decent eye surgeon if he had indulged the healer inside him, instead of being commandeered by his dictator father into dictatorship.

And Asma al-Assad may have turned out to be a teacher of French literature had she not been raised in an environment that made her famished for finery and fame, such that she traded in her humanity for a palace, which only means she never grew up in anything like a home.

Bashar and Asma are a match made in hell because they feed one another’s needs to keep reality at bay.

They are a dynamic duo of destruction because they were, at some point, for all intents and purposes, destroyed in their humanness.

Now they are in league to distance themselves from that reality, whatever it takes—even killing kids, which is only a stark physical representation of what must have happened to them, psychologically.

Add to this the fact that a large segment of the world community has endorsed their brand of tyranny to keep another malignancy at bay -- radical Islam -- and all the ingredients for chemical weapons were stirring in the cauldron for years.

Because there’s one thing about monsters that is confounding:  They are sometimes ruthless at tearing down other monsters.

All marriages make psychological sense, even the ones that make for mass murder.