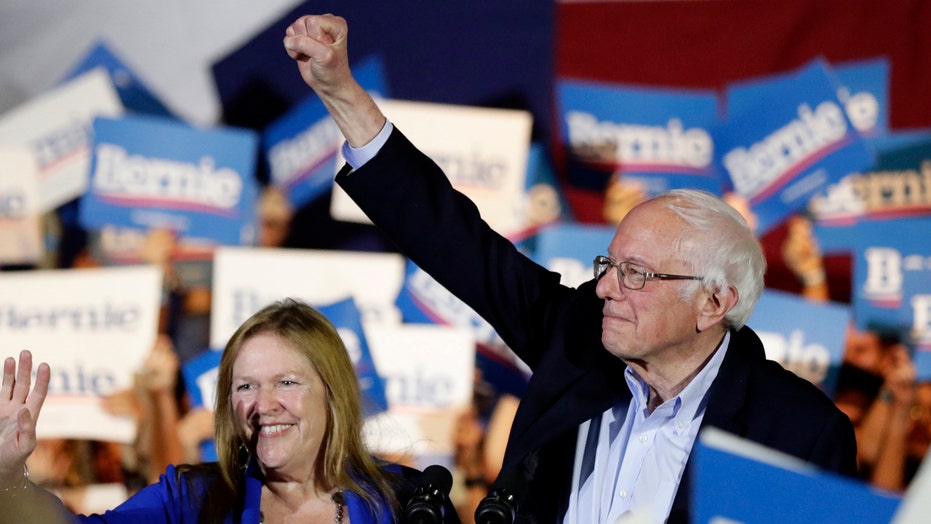 Many political analysts like to break the Democratic race into lanes, such as “strongly liberal,” which includes voters who support Sens. Bernie Sanders, I-Vt., and Elizabeth Warren, D-Mass; and moderates, which includes voters who support former Vice President Joe Biden, former New York Mayor Mike Bloomberg, and others. Pollsters also often talk about the importance of education. College-educated voters are more likely to support Warren or former South Bend, Ind. Mayor Buttigieg. Those without a degree comprise a large number of both Biden’s and Sanders’ supporters.

However, the real divide that is emerging is based on age.

Young people are strongly embracing Sanders, while older voters are more divided. Sanders is struggling to gain traction with that group. In the New Hampshire primary, a Fox News voter analysis found Sanders getting almost half of voters under 45, beating his closest competitor Buttigieg by nearly 2:1. No other candidate gets more than 15 percent support among young voters. With voters 45 and older, he was running a fairly distant third behind Sen. Amy Klobuchar, D-Minn. and Buttigieg.

What is it about the 78-year-old member of the silent generation (like Biden and Bloomberg, Sanders was born too early to be called a “boomer”) that creates such appeal, even in a field with the first serious millennial candidate for president? Ironically enough, it may be his embrace of an ideology, socialism, that is seen as an anathema to many so-called boomers.

The average boomer’s views on socialism were colored by teachers training them to “duck and cover” beneath desks during elementary school air raid drills. Gen Xers recall the fall of the Berlin Wall and the demise of the Red Menace of the Soviet Union. For them, the notion of their children and grandchildren embracing an ideology they associate with names like Brezhnev, Castro, Chavez, and (Ronald Reagan’s favorite dictator in designer glasses) Daniel Ortega is enough to make them reach for their own parents’ dog-eared copy of Benjamin Spock and wonder, “Where did we go wrong?”

According to John Della Volpe, who runs the Harvard Institute of Politics “Youth Poll,” the answer lies closer to the “live shooter drills” that today’s children undergo than in the generation-skipping recollections of Cold War Bomb Shelters. “This is a generation,” he points out, “that has grown up in an era of fear, both physical and financial.” The earliest political recollection of today’s 30-year-old is likely the 9/11 attacks on New York and Washington.

An earlier generation might have remembered the fear that gripped America in the aftermath of the Pearl Harbor attacks, but that memory was surely dampened by their later recollections of the U.S. victory in World War II and the emerging consumer economy of the 1950s.

For baby boomers and Gen Xers, the key highlights of the American history of their youth included landing on the moon, the Reagan economy and the fall of the Soviet Union.

For millennials, there have been no such clear “victories.” Instead, the 9/11 attacks were followed by a sequence of Mideast wars and the ongoing fear of terrorism, which they feel on every trip to the airport, the banking crisis and great recession of 2008, the specter of climate change and systemic political polarization which has many arguing that the only real answer is figuring out how to cut their [promised] Social Security, when they come of age to retire.

It’s enough to make one embrace not just democratic socialism, but socialism in its purest form.

For many in that generation, the labels of the past don’t mean the difference between a system that clearly works versus one that clearly does not. It means taking a chance on solutions, when emotionally one feels that the current direction is only going to result in a Social Security check that will bounce.

I heard the same speech from my Depression- and World War II-experienced parents as well. It didn’t make much difference at that time. It’s even lamer coming from folks whose only fear of war was watching it on TV.

Sanders is speaking directly to the fears — and some hopes — of those young people. To a generation worried about the growing cost of health care, insurance, higher education, terrorism and climate change, he has a set of goals, pledges, and the semblance of solutions that they find enormously appealing.

For these reasons, slogans that might have some impact on older voters when it comes to making a case against Sanders are unlikely to find the same traction among his core supporters.