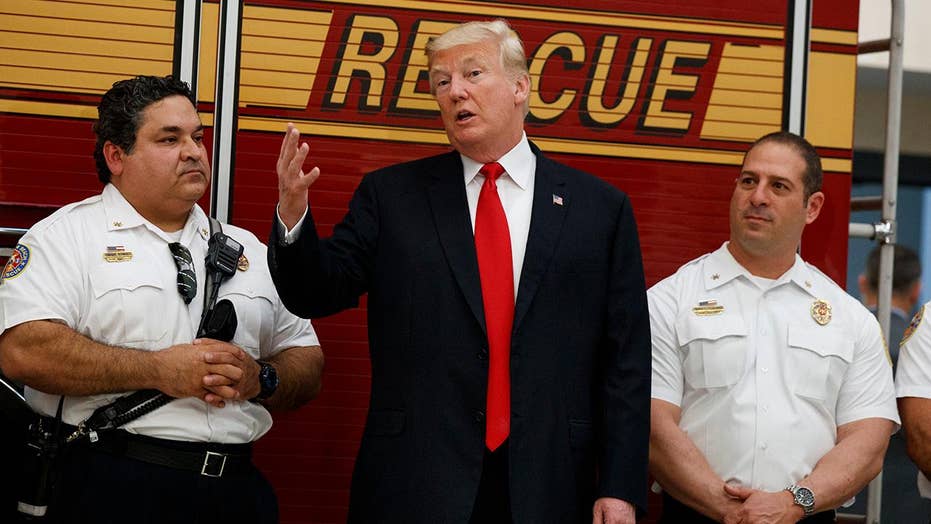 The president visited with first responders in Florida.

The first quarter of President Trump’s term is almost over. To grade his performance in football terms, he deserves credit for moving the ball down the field over several different drives. But he has committed so many unnecessary roughness penalties, along with giving up one huge fumble, that he may have to gain 200 yards just to score one touchdown.

Mr. Trump does have to put up with biased referees. The press loves to blow the whistle on him. But face it, he earned more than a few of those penalties. The result is that despite many first-year accomplishments, opinion polls show the president isn’t getting credit for them.

Often after Mr. Trump runs a good play and picks up yardage, in comes a penalty flag, and back again he goes. Instead of running a presidency defined by policies, actions and laws, he frequently has made himself too hot to handle.

The White House’s biggest political fear should be that even if the economy roars back and middle-class wages rise, it won’t help the Republicans or Mr. Trump. Many voters outside the president’s 35% base separate him from his accomplishments—and his words and tweets seem to be wearing people down.

Americans were evenly split on Mr. Trump when he came into office, with 45% approving and 45% disapproving, according to Gallup. Now the president is almost 20 points underwater, with 38% approval to 56% disapproval. Moreover, Mr. Trump’s opponents hate him more than his supporters love him. That’s a huge problem for the GOP and the president. Several special elections this year that Republicans should have won by double digits resulted in narrow GOP victories.