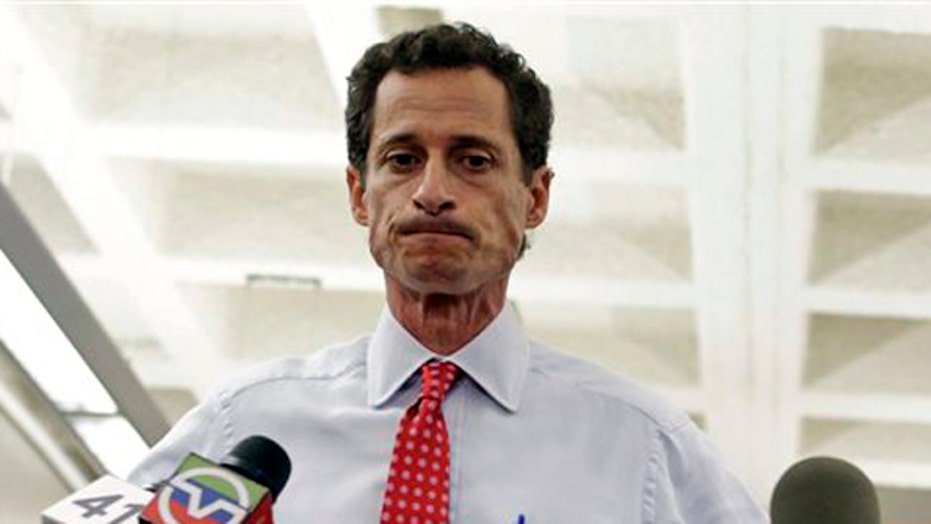 We now know that former New York Congressman Anthony Weiner did not stop sexting partially naked photographs of himself and sexually explicit messages to women even after being forced to resign his office for doing so about two years ago.

Last summer, it turns out, he was still at it.

I have always maintained that the sexual lives of politicians have no bearing whatsoever on their abilities to govern and that the media should stop poking around to find out if they are having affairs.

I still believe that. But, in Anthony Weiner’s case, sex is besides the point.

He has shown, through his inability to control his semi-public (online) behavior, that he has underlying psychological issues that probably include deep feelings of low self-esteem, extreme needs for artificial narcissistic gratification and an inability to overcome either one, in favor of serving the public and insulating it from his problems.

In other words, because of fault lines in the foundation of Anthony Weiner’s psyche, feeling desirable has become so important to him (because inside, he probably feels the opposite—worthy of contempt and unlovable) that it leads him to repeatedly risk damaging the decorum of his family and the government.

He can’t even keep his pathological behavior pattern secret. He’s no different than a heroin addict running for mayor who collapses with a needle in his arm during a debate.

In addition to this very real danger that Mr. Weiner has and will put his needs ahead of the needs of his constituency, it is also a fact that the recurrence of Mr. Weiner’s behavior means it could well recur, again.

So, there is every possibility that, were he to be elected mayor of New York, that, during his term, he would yet again be exposed for exposing himself in sex text messages. And that further jeopardizes the decorum of the office and the city and our government, in general.

Here’s what Anthony Weiner has not yet done:  He hasn’t told the truth.  And that’s another reason he is unfit for office.

"I cannot yet suppress my needs for sexual gratification enough to make sure that voters can have any reasonable assurance that, in the midst of a future union contract dispute with teachers, it will not be found out that I sent naked photos of myself to a young woman via text, along with sexually explicit requests of her.

"I believe this represents a risk to the decorum of the office I seek and a risk to young people in New York City who might then believe that sending naked photos of themselves to virtual strangers is a wise thing to do.

I believe that my compulsion could actually cause young people to opt for online sexual exploits as a substitute for self-esteem. And for that reason, along with the fact that my wife needs time to decide whether an open marriage is acceptable to her, since that is all that I can truly offer, I will not be pursuing any elected office."

Now, that would be leadership.  And it’s all Anthony Weiner has to offer right now.