State of the Union by the numbers: President Trump interrupted 98 times by applause

In his State of the Union speech Tuesday night, President Trump talked about the strong economic and jobs growth in the U.S. under his administration. While this success story gets far less attention than it deserves, it has benefitted all Americans.

For the past 25 years, the Heritage Foundation has published its Index of Economic Freedom, ranking 180 countries on the extent to which they recognize the “fundamental right” of every person to control his or her own labor and property.

The 2019 edition recently came out and the United States moved up a dramatic six places – from the 18th to the 12th freest nation in the world. It was the best showing for the U.S. since 2011.

ANDY PUZDER: PRESIDENT TRUMP DESERVES ALL THE CREDIT FOR OUR SOARING LABOR MARKET

This much-improved ranking was the result of, among other things, a reduced tax burden and improved business freedom. In other words, the Trump administration’s tax cuts and reduced government regulation. 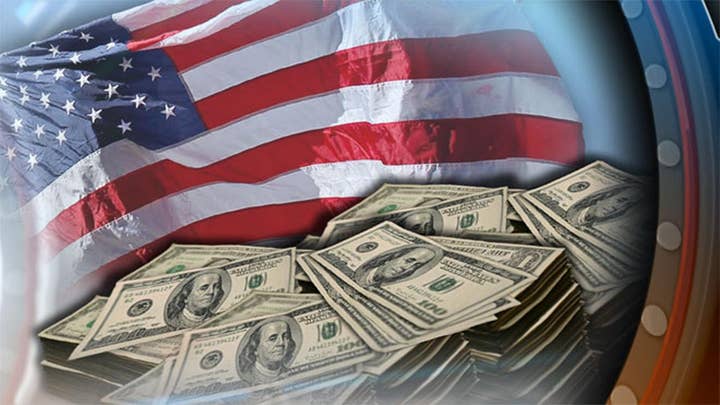 This upsurge in freedom is driving a tremendous economic boom, lifting Americans from every class and race into a better life.

Since Clinton and Obama administration economist Larry Summers compared the Trump administration’s projections of 3 percent gross domestic product growth to a belief in “tooth fairies,” the economy has surged to six quarters with average GDP growth of, well, 3 percent.

That’s double the 1.5 percent GDP growth rate for the last six quarters of the Obama presidency. While the final numbers are not in as yet, 2018 was likely the first full calendar year with at least 3 percent GDP growth since 2005.

Economic freedom produces that kind of growth and it benefits everyone, including American workers. Just look at the numbers.

More people – 157 million – are employed than at any time in our nation’s history. And employers are still looking to fill 6.9 million additional job openings.

This “on fire” labor market is benefitting everyone, regardless of race, sex, age, education or class. Over the past year, unemployment rates have hit lows not seen since the government began reporting the data for African-Americans, Hispanics, Asian-Americans and people with only a high school education.

In the first two years of the Trump presidency, we’ve gone from economic stagnation to economic boom. We are a freer people and a more prosperous nation with a rising economic tide that is lifting everyone’s boat.

For veterans, unemployment was its lowest level since 2000. Disabled Americans are entering or re-entering the labor force at the highest rates in years. For the first time in decades, it is harder to find blue-collar workers than it is to find white-collar workers.

With employers actively competing for employees, wages rose 3.2 percent in 2018 – the highest year-end increase in over a decade.

Wages for workers rose faster than wages for managers. Take-home pay was up even more (around 5 percent) because of the Republican tax cuts.

Small businesses see the signs. In early December, Gallup released its Small Business Index showing that small-business owners – who account for about two-thirds of all job growth – were more positive about business conditions than at any point in the index’s 15-year history.

As a result, and despite what you may have heard, the odds of our economy slipping into a recession next year are basically zero. The St. Louis Federal Reserve Bank publishes an economic model that predicts the probabilities of a U.S. recession. A reading below 20 percent indicates that there will be no recession. The January update put the risk at less than 1 percent.

In the first two years of the Trump presidency, we’ve gone from economic stagnation to economic boom. We are a freer people and a more prosperous nation with a rising economic tide that is lifting everyone’s boat.

This is the power of capitalism, the most dynamic economic system mankind has ever known, when liberated from the restraints of oppressive government.