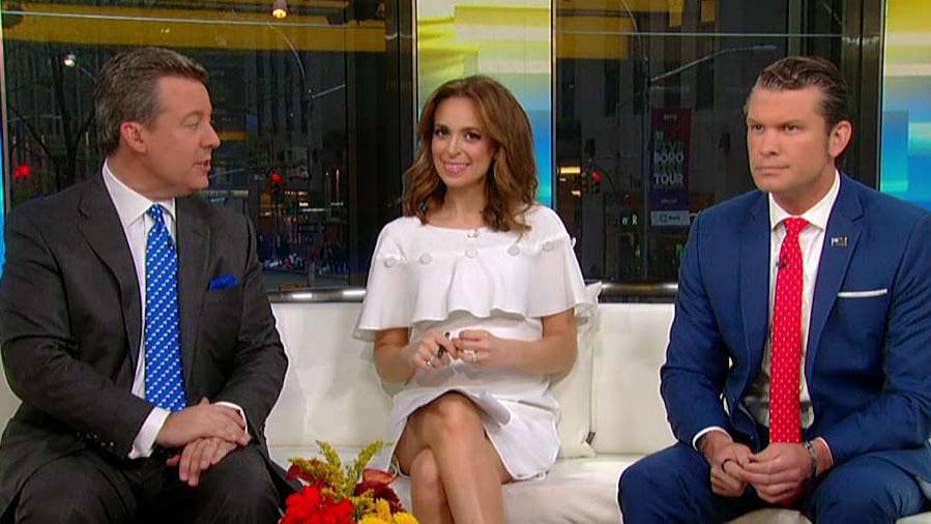 How will the growing economy impact the 2020 presidential race?

Marc Thiessen says the biggest problem right now is there are not enough people to fill all the new jobs.

The new economic numbers are out, and the verdict is clear: The U.S. economy is on fire.

With their claims of economic Armageddon and a coming recession buried in a mass of positive data released by the government Friday, Democrats are desperately attempting to explain away economic reality by falsely claiming the Trump economy is benefiting only the rich.

As with their dire forecasts of economic doom, this claim is easily disproven. The "Trump boom" is benefitting Americans In every demographic group. The data tell the story.

Economists polled by The Wall Street Journal, had predicted that the U.S. economy would generate just 190,000 new jobs last month and a 3.8 percent unemployment rate. Those would have been very strong results and cause for optimism.

But, as has become the norm in the Trump economy, the April jobs report crushed these expectations as many economists simply seem unable to understand the impact of President Trump’s pro-growth policies.

From the moment he took office, President Trump has implemented a straightforward and effective economic agenda based on four core strategies: tax cuts, deregulation, fair trade and domestic energy production.

This comprehensive approach was designed to generate economic growth, job creation and across-the-board benefits for every American worker — and that’s exactly what it’s accomplished.

Average hourly earnings rose 3.2 percent for the year, the ninth consecutive month with a 3 percent or better year over year increase. The last time wages increased 3 percent was exactly a decade ago in April of 2009.

There’s no way the beneficiaries of the booming Trump economy — a description that applies to nearly every American citizen — could possibly fail to notice the record-setting progress we’ve made in barely more than two short years.

These impressive labor market figures are yet another sign that the Trump Boom is continuing, if not expanding. Just one week earlier the government revealed that GDP grew by 3.2 percent in the first quarter of this year — a result that laid to rest naive liberal speculation about a coming economic slowdown.

Faced with these results, Democrats are desperate to obfuscate Trump’s success, because they know that it is extremely difficult to defeat an incumbent president when the economy is performing even half as well as it is now.

For example, at the kickoff event for his 2020 presidential campaign, former Vice President Joe Biden ludicrously insisted that the Trump tax cuts have had absolutely no impact on the middle class.

“There was a $2 trillion tax cut last year. Did you feel it?” Biden asked the crowd of Teamsters Union members. “Of course not!” he exclaimed in front of an audience of gainfully-employed Americans who almost certainly did receive a substantial tax cut last year.

Biden and his fellow Democrats are barking up the wrong tree. There’s no way the beneficiaries of the booming Trump economy — a description that applies to nearly every American citizen — could possibly fail to notice the record-setting progress we’ve made in barely more than two short years.

Biden might as well have asked those Teamsters he insisted weren’t benefitting from the Trump tax cuts: “Who are you going to believe, me or your wallet?”

My guess is that in 2020, they will believe their wallets.