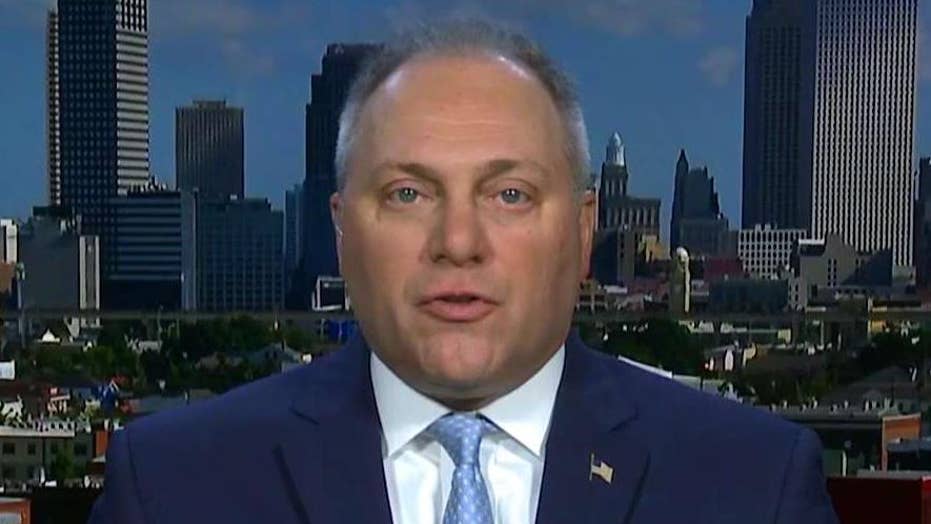 British Prime Minister Margaret Thatcher said: “First you win the argument. Then you win the vote.”

Friday’s report that the United States created 263,000 jobs in April – about 33 percent more than expected – should be a devastating blow to socialism, if Republicans can force the argument. However, there is no reason to believe Republicans have anything like the skills necessary to defeat the left – even when all the facts are on the Republican side.

Winston began his analysis by quoting Matthew Yglesias of Vox, who tweeted April 8: “Nobody likes to give themselves credit for this kind of messaging success, but progressive groups did a really good job of convincing people that Trump raised their taxes when the facts say a clear majority got a tax cut.”

Republicans now have a chance to learn from this failure and develop a strategy for destroying socialism as an ideology.

Larry Kudlow, director of the National Economic Council, served with Reagan and now is helping direct the same long cycle of prosperity that Reagan’s policies created.

Kudlow explained the process clearly on Bloomberg TV. He said: “People respond to incentives. That is exactly what is happening right now. The economy is freer than it has been in 20 years plus.”

President Trump’s economic policies are even more pro-growth than the program advanced by President Ronald Reagan.

Trump is more aggressive than Reagan on cutting red tape and deregulating. He is more aggressive on selling American products overseas. He is tougher in trade negotiations. His tax cut was even bigger, and it hasn’t been undermined by follow-on tax increases.

The result is what Kudlow calls a “prosperity cycle.”

The concept of a prosperity cycle is important because it is the exact opposite of the stop-and-go Keynesian policies that have cycles driven by the Federal Reserve’s fear of too much growth in a static economy.

The supply-side approach – which Kudlow and I worked with Rep. Jack Kemp, Jude Wanniski, Art Laffer, and others to popularize – argues that if you increase productivity and capital investment, you produce so many more goods and services that you mop up inflation with a steady increase of things to buy.

Furthermore, lower taxes and greater incentives to be productive enable you to create even more wealth without a threat of inflation. The latest report of 3.2 percent productivity growth is exactly what supply siders would focus on as a sign we will not need interest rate increases.

I like the term “prosperity cycle” because it captures the cyclical nature of good policies leading to growth, which then reinforce good policies.

By contrast, socialists and Democrats favor a “poverty cycle” in which the economy decays, taxes are high, people lose their jobs and are forced onto food stamps.

Consider the agony socialists are experiencing as they see a huge, 263,000-job increase in one month. This represents over a quarter million people who do not need food stamps, do not need to be dependent on government, do not need “help” from left-wing politicians seeking power over their lives.

This collapse of dependency can be seen in the fact that the unemployment rate fell to 3.6 percent last month – the lowest rate since 1969. Today there are more job openings than job seekers. The decline in unemployment is leading to rising wages as companies are forced to scramble to find and keep workers.

As Philip Klein noted in the Washington Examiner, 64 percent of Americans were not even born in 1969 when the national unemployment rate was last this low. It is a number unimaginable to most Americans, but it is real.

Since the last presidential election, the economy has added 669,000 construction jobs and 479,000 manufacturing jobs. April marked the 14th consecutive month where the unemployment rate was at or below 4 percent.

The unemployment rate for women is at its lowest rate since 1953.

The unemployment rate for Hispanic-Americans fell to a 4.2 percent record low. During the recession Hispanic unemployment had jumped to 13 percent.

The unemployment rate for Americans with high school diplomas and no college education fell to 3.5 percent (a record low since 2000).

The veterans’ unemployment rate is also at a record low at 2.3 percent.

Finally, the unemployment rate for Americans with a disability fell to its lowest rate on record.

What makes all this even better is that the percentage increase of wages for low-income workers is rising at almost twice the rate of wages for higher-paid workers.

That is the effect of a resurgence in manufacturing and construction as opposed to finance and other white-collar jobs.

It makes you wonder what problem the socialists are trying to solve.

However, as Winston pointed out about taxes, having the facts is not enough. We need a strategy for winning the argument that is as powerful as our strategy for economic growth.