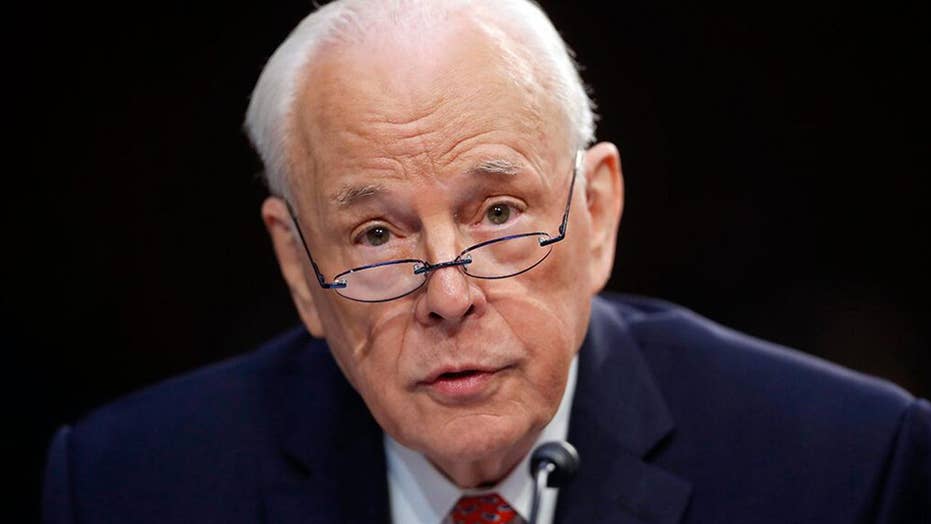 If you thought that the theater of the absurd that is the House of Representatives Judiciary Committee couldn’t be more farcical, you were wrong. At least absurdist theater has a serious component and attempts to provoke introspection.

Chairman Jerry Nadler, D-N.Y., and his minions are so determined to impeach President Trump that they are resorting to vaudevillian comedic gimmicks by bringing in none other than convicted felon and Watergate mastermind John Dean to testify on Monday afternoon.

For any who can’t remember or never heard of John Dean, which is most of America, he was convicted of obstruction of justice in the early 1970s during Watergate.

Think of the determination of my Democrat colleagues. House Oversight Committee Chairman Elijah Cummings, D-Mich., decided that the foundational first witness to lay the groundwork for impeachment would be someone who had already been convicted of lying to Congress — Michael Cohen.

Cohen’s testimony went over so well that Cummings’ buddy, Chairman Jerry Nadler, decided that hearing from another convicted felon is just the spark needed to recharge his flagging impeachment investigation of President Trump.

Sadly, the American people aren’t laughing because this incessant obsession of the Democrats is spinning out of control, preventing Congress from addressing the real issues that matter.

Frankly, when I heard that Nadler was relying on John Dean for Monday’s hearing, I thought my staff was punking me. But, as it turns out, John Dean will be Chairman Nadler’s special witness.

The FBI, at the time, referred to Dean as, "the master manipulator of the coverup" in the Watergate scandal. The former attorney general said that Dean "was at the center of the criminality" of Watergate.

The special counsel at the time found 19 material discrepancies between Dean’s sworn testimony and the White House recordings. Think of it: he lied, which was provable because there were actual recordings that contradicted Dean’s statements — 19 times! Seems like someone the Democrats can rely on.

Dean turned state’s evidence, received a reduced plea deal of only one count of obstruction, and was sentenced to between one and four years in prison. In reality, Dean didn’t do time. The sentencing judge gave Dean time served for the few months Dean had been spending in a special federal witness facility. While in the facility, Dean was typically driven daily to an office to work on his book. He has enriched himself with book sales and speaking tours.

Dean has spent the years since his conviction and disbarment trying to rehabilitate himself. He is the quintessential ‘boy who cried wolf.’ Every Republican president since Watergate, according to Dean, has committed acts that are worse than Watergate — and presumably Dean’s own part in the coverup. President Trump is just the latest in Dean’s decades-long rehabilitation tour.

And Chairman Nadler wants to rely on Dean? To do what? Add to the incredulity with which the American public views the attempted Democrat putsch?

Speaker Pelosi is so determined to slow the impeachment steamroller from the Democrat base, and a growing faction within her conference, that she is now supporting indictments and prison time for President Trump after he’s out of office. But, that will not sate the impeachment lust of her riled-up members.

The emotions of the Democrats are so great that we see the comical reliance on the long-ago discredited John Dean as the star witness for Democrats who demand impeachment.

This entire scenario is almost humorous because of Dean’s inherent lack of veracity. Sadly, the American people aren’t laughing because this incessant obsession of the Democrats is spinning out of control, preventing Congress from addressing the real issues that matter, including our border crisis and the ever-growing national debt, which are only two of our pressing national concerns.