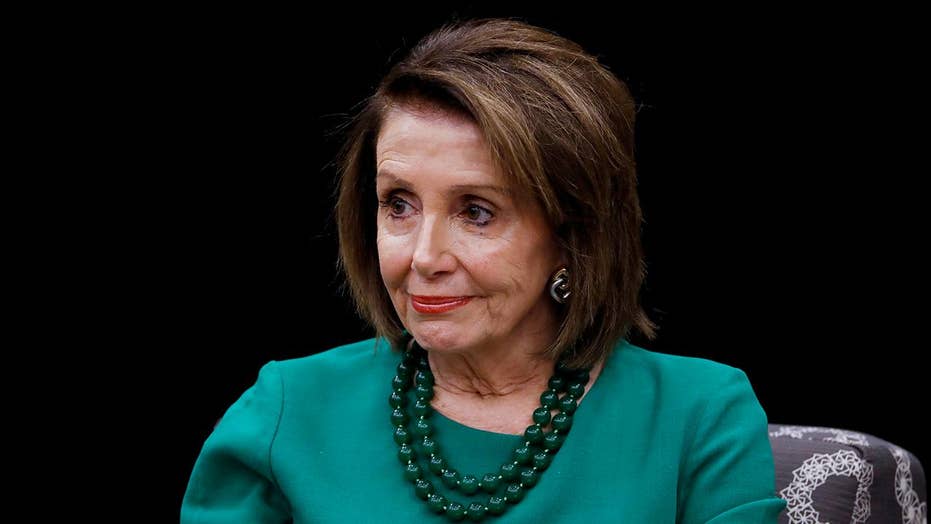 Divide in Democratic Party widens over calls to impeach Trump

If Democrats in the House of Representatives try to impeach President Trump in the coming weeks or months, it will be the death knell of the Democratic Party for a long time to come.

Trump will likely be re-elected in 2020 regardless of the harassment perpetrated by leftist leaders in the House. While I am a lifelong Democrat from New York City, I believe I speak for a diverse set of ideologies when I say impeachment is senseless.

RUSH LIMBAUGH: ROBERT MUELLER BEGGED CONGRESS TO IMPEACH DESPITE NOT HAVING ANY EVIDENCE

Mueller was brief, took no questions, and made clear that the Justice Department was not going to charge the president with any crimes.

While this may cause hysteria for left-leaning factions of the Democratic Party, it is now abundantly clear how insane it would be to impeach the president.

Instead of wasting time on what is sure to be a failed impeachment proceeding, Democrats need to work with Republican leadership in the Senate and with the president to help enact real reform and legislation.

Simply put, impeachment is a foolish strategy. It will erode the credibility of the Democratic Party, and cause irreparable harm to the day-to-day functions of our government.

The most radical House Democrats will surely increase calls for impeachment. I merely ask, why?

The voluminous Mueller report clearly laid out all of the evidence the special counsel was able to find and specifically laid out why no one associated with the Trump campaign was charged with collusion.

Nor did the special counsel charge the president with obstruction of justice. It would be incredibly difficult to obstruct justice without an underlying crime, a fact Mueller confirmed again this week.

With the economy doing so well, and the unemployment rate so low, the Democratic leadership cannot give in to the loudest liberal voices in the party.

Instead, Democrats need to focus on the issues that Americans are actually concerned about. Infrastructure, immigration, and health care reform are all critical and tangible issues that the American people want to see Congress solve.

What most Americans do not care about, or want, is impeachment.

In all, 58 percent of respondents said it was time to turn the page on "Russian collusion." The two-year investigation enjoyed ample resources but, again, was unable to unearth prosecutable wrongdoing by the president.

I thought there was a bipartisan consensus that we should accept the conclusions of the Mueller report no matter what the investigation found. While many Democrats are forgetting that promise, some are standing by their convictions.

Rep. Jeff Van Drew, D-N.J., recently said, “If there really isn’t something significant enough there to impeach — which I don’t think there is at this point — then let’s move on and get the work of the people done.”

I could not agree more.

Instead of wasting time on what is sure to be a failed impeachment proceeding, Democrats need to work with Republican leadership in the Senate and with the president to help enact real reform and legislation. That's what the American people elected them to do.