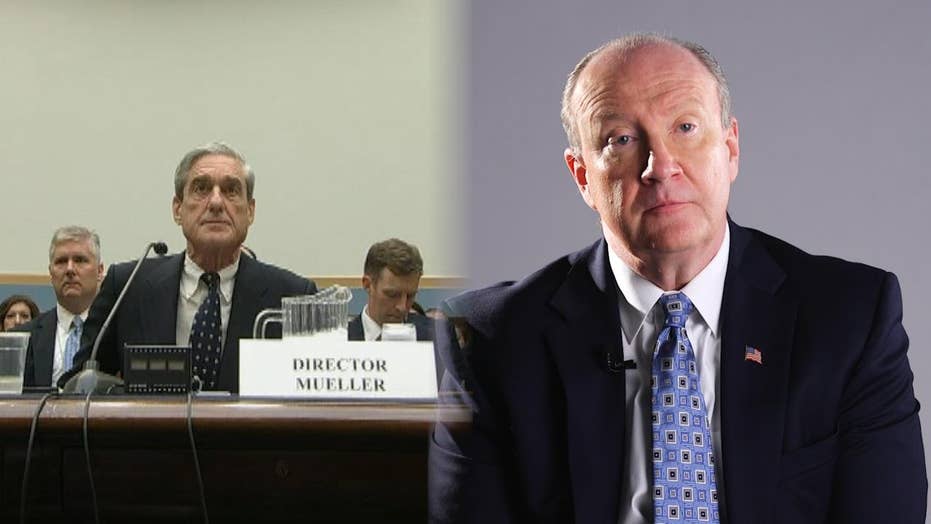 Andy McCarthy on Dems and the Mueller probe

Politics is front and center for the Russiagate probe, which has reached previously unknown heights of farce – and that’s saying something.

This week saw the spectacle of the House Judiciary Committee holding the attorney general of the United States in contempt for withholding Special Counsel Robert Mueller’s final report … notwithstanding that the report was actually provided to lawmakers.

Desperate to project the illusion of cover-up in the utter absence of cover-up, Democrats proceeded against the attorney general even though (a) Barr did not owe Congress a single comma in the report because federal law calls for it to be confidential (i.e., between the prosecutor investigating the case and his supervisor, the attorney general); (b) Barr nevertheless gave Congress about 95 percent of the report; (c) congressional Democrats did not avail themselves of the opportunity to read other unredacted portions to which he gave access; (d) all of the unsavory information about President Trump – i.e., the stuff in the report that Democrats truly care about – has been disclosed; and (e) Barr only withheld grand jury information which it would be illegal to disclose – meaning: Democrats put the AG to the untenable choice of violating the law or being held in contempt.

Oh, and about that grand jury secrecy rule … it is Congress’s own law. Democrats could easily get the information by just passing a two-line amendment to federal criminal procedure rule 6(e), so that grand jury material could henceforth be disclosed to Congress in special counsel investigations. With the Trump administration trying to show it is being transparent, the Senate would surely pass such a House amendment, and the president would sign it. But Democratic legislators are not taking any legislative action (you know, their job) because they don’t really want the information. They want the issue. They are straining to create the appearance of Watergate, even as Barr has turned over an Everest of information.

But that is just a sideshow compared to the Mueller report itself. The bottom line is that the special counsel not only found no collusion between Trump’s campaign and Russia.

It appears that the FBI’s investigation was opened on false pretenses: namely, the fiction that low-level Trump campaign advisor George Papadopoulos was dealing with a Russian agent (he wasn’t), who told him Russia possessed emails damaging to Hillary Clinton (he probably didn’t), which information Papadopoulos passed on to an Australian diplomat – wrong again: Papadopoulos said nothing to the diplomat about emails; rather, after WikiLeaks published hacked DNC emails, the diplomat, in consultation with the Obama State Department, suddenly decided Papadopoulos’s reference to damaging information about Clinton must have been about the hacked DNC emails (it wasn’t).

It gets worse. The high likelihood is that, after taking over the investigation in May 2017, Mueller knew early on that there was no “collusion” case against the president.

That allegation was largely built on the “Steele dossier,” the Clinton campaign-sponsored opposition research screed, which was based on anonymous sources and multiple levels of hearsay, and which the government is now investigating on suspicion that it may have been Russian disinformation. Based on the dossier, the Obama Justice Department and the FBI started seeking FISA court warrants to surveil Carter Page, a former Trump campaign adviser, in October 2016.

The last warrant of four 90-day warrants would have lapsed in September 2017. But Mueller, who by then had been on the case for four months, opted not to go back to the FISA court to seek a new warrant. That suggests that investigators no longer stood behind the dossier and its sensational, uncorroborated claim that Trump was in cahoots with the Kremlin.

Of course, that raises a big question: Why did Mueller allow the “collusion” investigation to continue for well over a year after it seemed obvious that there was no case?

Much of the presidential misbehavior that prosecutors portray as possible obstruction happened after it appears they must have known Trump had not “colluded” with Russia. Why was there no interim report announcing that? Why did investigators continue to lead the country to believe that the president might be an agent?

Democrats turned up the noise and the heat on Attorney General Barr once he announced that he would investigate the origins of the Russiagate probe. Are they trying to destroy the messenger before he can deliver the message?