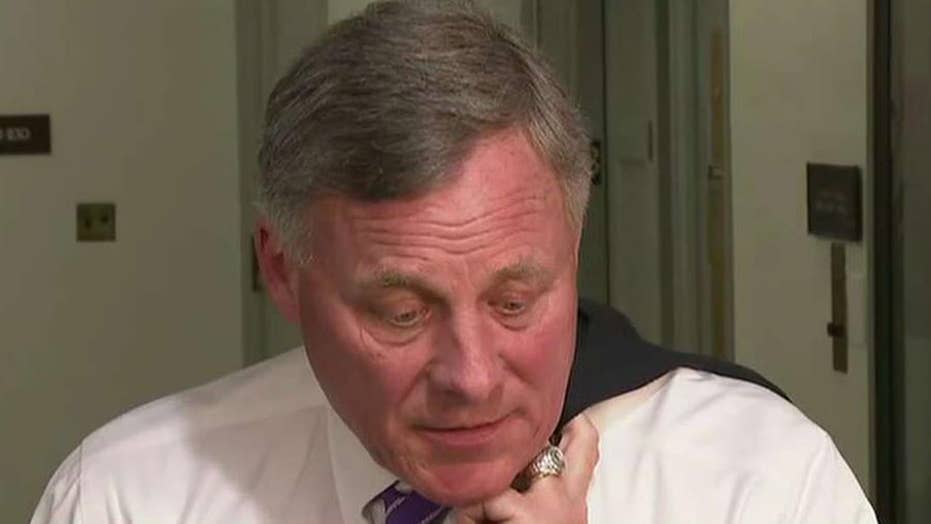 Senate Intelligence Committee hints that it's close to issuing its report on their investigation into the matter; Peter Doocy reports from Capitol Hill.

Dowd described Mueller’s investigation as a “terrible waste of time,” suggesting that there are no crimes and that the exercise was one of score-settling for “a cabal in the FBI” opposed to the president.

Therefore, the lawyer expects that the special counsel’s much-anticipated final report will never materialize, at least for public consumption. “I will be shocked,” Dowd declaimed, “if anything regarding the president is made public other than, ‘We’re done.’”

This brings to the fore some legal issues worth sorting out.

Note both that the special counsel’s report must explain his charging decisions to the attorney general and that the report must be confidential.

Even if, as I expect, the special counsel finds there is no basis to file criminal charges against the president, an explanation of that decision would be required. But it would be an explanation for the attorney general’s eyes only.

It is the policy of the Justice Department not to speak publicly about the evidence against uncharged persons.

Recall that when FBI Director James Comey was dismissed, based in part on a memorandum written by Deputy Attorney General Rod Rosenstein (who supervised the Mueller investigation for over a year), the main condemnation of Comey involved his public revelation of the evidence in the Hillary Clinton email investigation – notwithstanding that  Clinton had not been charged with a crime.

There is thus a very good chance that Dowd is correct that Mueller’s report will not result in any statement about the president other than that the investigation is closed.

Consequently, even if the special counsel regulations did not mandate confidentiality, ordinary Justice Department guidelines against public commentary about uncharged persons would do so. (Of course, when people are charged, the indictments usually speak for themselves.)

There is thus a very good chance that Dowd is correct that Mueller’s report will not result in any statement about the president other than that the investigation is closed.

In fact, the Justice Department normally will not even confirm or deny the existence of an investigation, so it may not even acknowledge the closing of the case – although it should do so in this instance, not least because the Justice Department and FBI gratuitously announced, in Comey’s March 2017 House testimony, that the Trump campaign was under investigation for possible “coordination” in Russia’s election meddling.

If you are going to create the impression that someone is a suspect, you owe it to that person to correct the impression if the case is closed without charges.

Even if there are no charges, that does not mean Mueller’s overall investigation has been a waste of time. Mueller, after all, was not assigned a criminal investigation.

Therefore, the criminal investigations and prosecutions have only been a subset of Mueller’s assignment. His overarching mission has been to assess the nature and extent of the Kremlin’s election-meddling operations. The objective is to thwart such operations in the future.

Here, specifically as to President Trump and any alleged connections between Trump campaign officials and the Russian government, no factual basis has been offered to believe there was a criminal conspiracy or other prosecutable penal offenses.

Moreover, there is no conflict of interest so severe that Justice Department disqualification was called for. (A disqualifying conflict is supposed to stem from the facts that give rise to a necessary criminal investigation or prosecution – here, to repeat, no such facts have been offered, at least publicly.)

All that said, however, Deputy Attorney General Rosenstein’s decision to appoint a special counsel may not be overturned. The regulations expressly state that they do not create enforceable rights to challenge alleged violations in court.

Therefore, Mueller is conducting the counterintelligence probe of Russia’s interference in the campaign, regardless of whether he should have been appointed.

Clearly, it was important for the government to investigate Russia’s operations against our country, whether that investigation was led by the FBI (which normally handles domestic security from foreign threats, under the supervision of the Justice Department) or by a prosecutor (though that is not normally done).

To the extent Dowd’s remarks can be taken to suggest that the overarching mission to investigate Russia was a waste of time, that is not so – and knowing Dowd, I’m confident he did not mean it that way.

What he was talking about, specifically, was the investigation of President Trump. On that score, it is worth noting that counterintelligence investigations are classified. They are conducted not for courtroom prosecution or public disclosure, but to assist the president in carrying out his national security responsibilities.