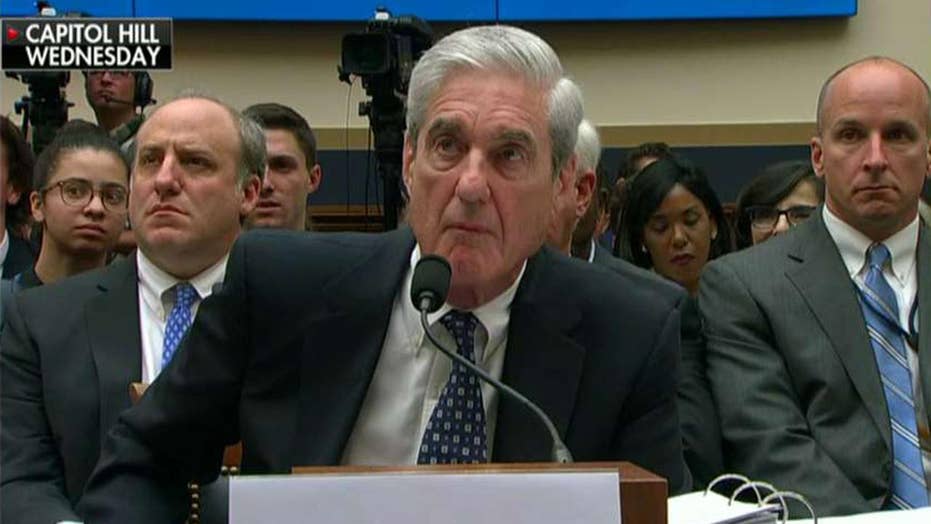 Robert Mueller’s congressional testimony was such a bumbling fiasco that it was easy for a viewer to be confused — and stay that way — about the main bone of Democratic contention regarding his report: the "OLC guidance" that prevents the Justice Department from charging a president with crimes while he is in office.

We’ve plowed this ground before, but it is worth revisiting.

GIULIANI ON MUELLER AFTERMATH: 'DEMOCRATS ARE NOW MAKING TOTAL CLOWNS OUT OF THEMSELVES'

The OLC is the Office of Legal Counsel, the lawyers’ lawyers in the Justice Department who formulate policies that guide federal prosecutors throughout the United States. The OLC guidance at issue in the Mueller investigation is the prohibition on indicting a sitting president. This rule is said to be derived from constitutional and prudential considerations.

Consequently, the OLC guidance applied to Mueller’s investigation of President Trump. In particular, it was relevant to the obstruction aspect of the probe, which was always a criminal investigation. (For reasons that need not divert us, the “collusion” part of the case was pretextually conducted as a counterintelligence investigation.)