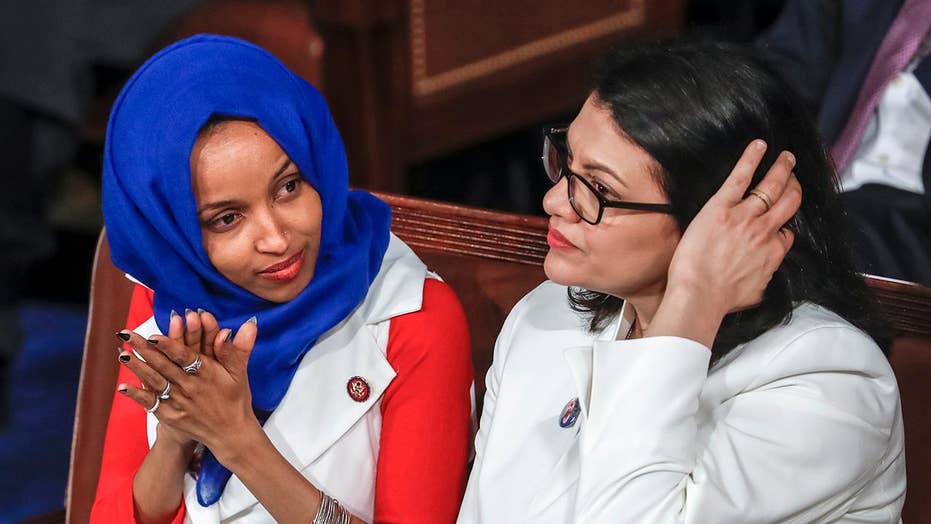 “Israel has hypnotized the world. May Allah awaken the people and help them see the evil doings of Israel.” So says Rep. Ilhan Omar, D., Minn. Well, it’s a free country. Omar is not only entitled to her political opinions; she is entitled to express them as long as she avoids unlawful incitement.

The same goes for Rep. Rashida Tlaib, D. Mich., who advocates the “one-state solution” to the Israeli-Palestinian conflict – a final settlement in which there would no longer be a Jewish state and the territory that is now Israel would gradually become Palestine. Omar and Tlaib are members of the hard left, self-styled “squad.” They are both BDS zealots. That is the Boycott, Divestment and Sanctions movement by which opponents of the Jewish state seek its extirpation.

Israel later - graciously - agreed to allow Tlaib to visit her aged and ailing grandmother in the West Bank, provided she didn't use the trip to undermine her host. But the Jewish State was on solid ground with its initial denial. After all, the liberty to express one’s views does not imply immunity from the natural consequences of doing so. Among these is that the nation Omar and Tlaib seek to destabilize and ultimately dismantle may deny them entry. 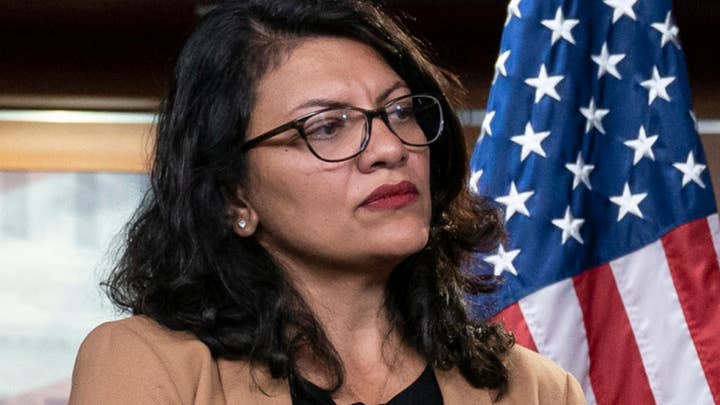 That is precisely what the Israeli government did on Thursday. President Trump not only endorsed the move; he appears to have catalyzed it with a tweet, asserting that Israel would “show great weakness” if it permitted a visit from Omar and Tlaib because, according to the president, they “hate Israel & all Jewish people.”

While this rhetoric is abrasive in the Trumpian style, Israel’s exclusion of Omar and Tlaib makes eminent sense. Since when must a country, particularly one that daily confronts a terrorism challenge the likes of which we have never experienced, roll out the red carpet for aliens who mean it harm and encourage its enemies?

Naturally, because the alliance of Islamists and leftists calls the tune to which our media-Democrat complex dances, we are enduring gaseous denunciations from official Washington. Progressive groups are echoing Omar’s latest blather about how the government of Prime Minister Benjamin Netanyahu has “insult[ed] democratic values” (as if a nation’s survival were not a democratic value). Despite this precious sensitivity about insults, Omar could not help herself but add that President Trump is an “Islamophobe.” That term, shrewdly developed by sharia supremacists, intimates that critical examination of Islam – particularly, its doctrinal calls for jihad against non-believers – is racist.

If this were not nauseating enough, Sen. Marco Rubio, R. Fla., chimed in with the Official Beltway Republican doublespeak: Even though we agree with Israel that Omar and Tlaib’s BDS agenda is reprehensible, it “is a mistake” for Israel to slam the door on its foreign foes because you see, “being blocked is what they really hoped for all along.”

No senator, being feted as iconic Israel-bashers by Palestinians who want to disappear Israel is what they really hoped for all along. The fact that being blocked is nearly as good an outcome for them is not a reason for Jerusalem to rethink its sensible position. It is a reason for Washington to rethink its lunatic notion that we should care what the Islamist-leftist alliance thinks about anything – particularly since it bashes Israel only in its spare time from bashing America.

Consider the hypocrisy of this.

In the Obama heyday of the Islamist-leftist alliance, we were gifted with U.N. Human Rights Council Resolution 16/18, an effort to make it illegal to engage in speech that purportedly constitutes “hostility” against religion. (Translation: speech that actually constitutes expressions of alarm at the linear progression from Islamic texts to influential fundamentalist Islamic scholars to young Muslims carrying out jihadist brutality). Notwithstanding that Resolution 16/18 is a patent violation of the First Amendment, it was championed by the Obama administration, particularly the State Department under Hillary Clinton.

When it comes to political dissent, why do we hear grousing from Senator Rubio and his fellow Republicans about the Israeli government but not our own? Washington, through the hocus-pocus of international law, was perfectly content to erode the right of Americans to speak about threats to America. Now, though, we’re supposed to get upset over another country’s exclusion from its territory of aliens who have no right to be there in the first place, and who brazenly seek entry precisely to agitate against the host country.

Have you had a look at U.S. exclusion law lately? Our statutes, which are not nearly as robust as they should be about keeping hostile foreign ideologues out of our territory, nevertheless authorize barring the entry of aliens who are reasonably believed to be planning to violate our law; are likely to engage in activities that unlawfully oppose or seek the overthrow of our government; are members of a political or social group that endorses or espouses terrorist activity; and whose activities could have potentially serious adverse foreign policy consequences for the U.S. (though not required to, we exempt foreign officials from this last exclusion).

Even our laws would support Israel. It justifiably regards the BDS movement as an existential challenge to the nation’s security and existence as a Jewish state. It has enacted a law that bars BDS activists from entering Israel. Omar and Tlaib, moreover, have extensive histories of associating with Muslim Brotherhood-connected groups that promote terrorism and seek Israel’s annihilation. Tlaib, for example, has tweeted an endorsement of Omar Suleiman, a fundamentalist Texas-based imam who promotes the universal imposition of sharia law and has written glowingly of Palestinian intifadas – terrorist campaigns against Israel (“God willing on this blessed night as the 3rd Intifada begins, the beginning of the end of Zionism is here. May Allah help us overcome this monster, protect the innocent of the world, and accept the murdered as martyrs”).

Israel is the freest country in its part of the world. Its ethnic Arabic citizens have more liberty and due process than they could hope to enjoy in sharia societies. It has its own alliance of leftists and Islamists that engages in robust dissent against the incumbent government. Its assurance of free expression guarantees that no argument Ilhan Omar and Rashida Tlaib could make would be kept from Israelis and Palestinians who care to hear it.

Democracy, however, is not a suicide pact. No rational country welcomes into its territory foreigners whose fondest wish is its demise.

Andy McCarthy’s new book, "Ball of Collusion: The Plot to Rig and Election and Destroy a Presidency," was released this week.