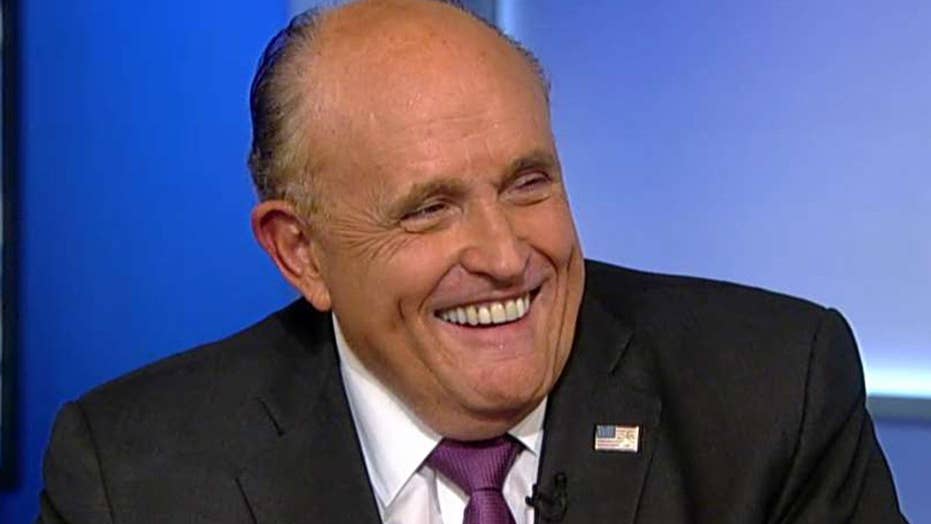 Giuliani: Three investigations and not a single bit of evidence on collusion

“There was absolutely no collusion!”

“Are you kidding? There was a boatload of collusion!”

I’ve been doing legal analysis in hotly contested cases, including political cases, for about 35 years. By now, I should be used to the insidious word games, as well as the confusion inherent when people imprecisely use ambiguous words because they don’t know any better. Yet it seems like it has never been worse than it is now.

DEROY MURDOCK: DEMS WON’T TAKE ‘NO COLLUSION’ FOR AN ANSWER

That’s because I’m spoiled. I spent the first couple of decades in the confines of a top-tier judicial system. In legal proceedings, a judge is there to make sure no one plays fast and loose with language. As a young prosecutor in the Southern District of New York, I was very fortunate that my cases were assigned to exceptional judges, who made it their business to mind the court record.

At the time, I didn’t appreciate how valuable that was – judges interrupting the testimony, even if there had been no objection, to clarify what a lawyer or witness meant by some loaded word planted in a question or uttered in an answer. But by the end of the trial, in the transcript that would ultimately be reviewed by appellate courts, there was no way a fuzzy term, such as “collusion,” would be permitted to muddy the waters. Everyone understood what it meant, and didn’t mean, within the four corners of the case.

Politics doesn’t have a judge.

What it has is our marketplace of ideas, so-called. Clarity and truth are supposed to emerge from the crucible of debate. But as any good economist will tell you, markets aren’t perfect; they’re just better than any alternative. Our reliance on robust debate in the political marketplace is better than any other approach, but that doesn’t mean the market always works well. If the number of people seeking to exploit confusion overwhelms the number trying to clarify it, “fake news” always has a chance to become conventional wisdom.