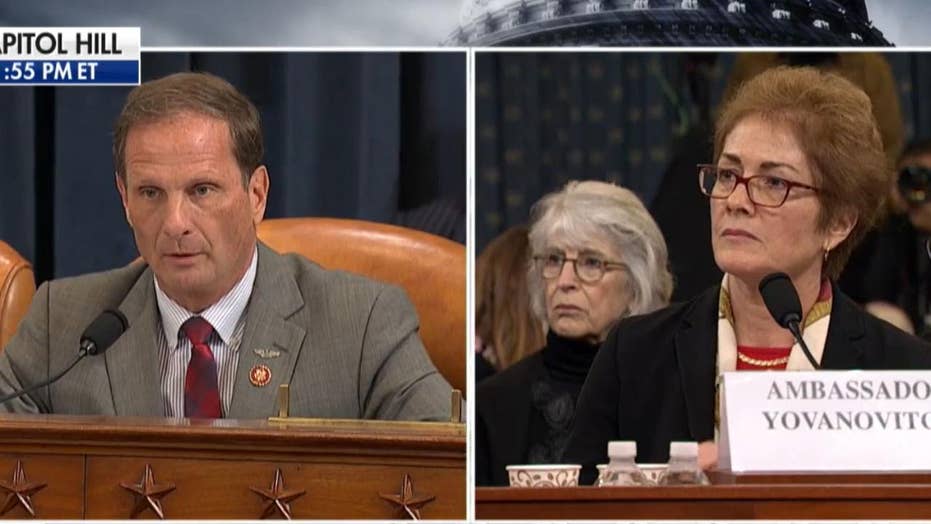 No bribes, no criminal activity: Yovanovitch

Rep. Stewart: "Do you have any information regarding any criminal activity that the president of the United States has been involved with at all?" Marie Yovanovitch: "No"

There were fireworks aplenty, but the most important development during former U.S. Ambassador Marie Yovanovitch’s testimony at Friday’s House impeachment hearing was an undetonated bomb.

Or was it just a dud?

Ambassador Yovanovitch came across as a compelling witness: heroic in serving the United States in the world’s badlands, dedicated to the cause of advancing American policy under administrations of both parties, and suddenly ousted by President Trump — not just in the absence of a sensible explanation, but as the victim of a whispering campaign that maligned her character and undermined her reputation for nonpartisan service.

The president’s camp depicts Yovanovitch as a partisan deep-state operator, who abetted and covered up Ukrainian collusion with Democrats in the 2016 campaign.

The president’s camp is the unapologetic source of the whispering campaign. They depict a very different Yovanovitch: a partisan deep-state operator, who abetted and covered up Ukrainian collusion with Democrats in the 2016 campaign.

On Friday, that alternative view was the dog that never barked.