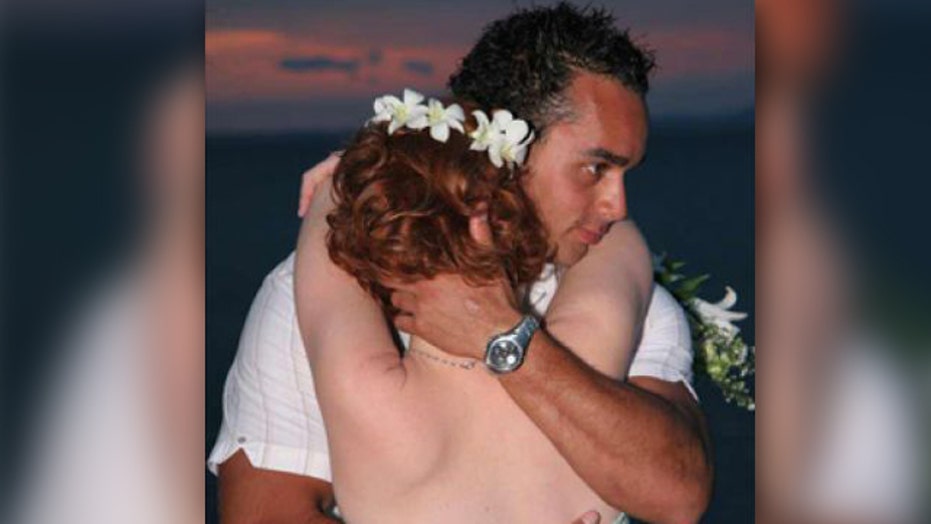 As the film “American Sniper” continues to draw a lot of attention, more Americans may come to recognize the name Marc Lee.

Marc was a teammate of Chris Kyle and the first Navy SEAL killed in Iraq -- his death is graphically portrayed in the movie.

Marc was also my husband.

I feel compelled to write this essay as a tribute to Marc’s legacy, and for the brothers he fought alongside in Charlie Platoon.

A movie is a powerful way to enlighten and illuminate us on a specific time in history, and Hollywood understandably often takes liberties with the facts to make a film. But it’s the true stories of sacrifice that we must tell. For the stories we tell today, in print or through film, will be the stories told to our children, and our children's children. We all bear the responsibility to get it right.  It is with this mindset, and it is with a heavy heart, that I must share Marc’s truth and beliefs, which were, in fact, deeply sacrificed for the film.

“American Sniper” is rightfully focused on the incredible story of Chris and Taya Kyle. I am truly happy for the movie's success and do not want to take anything away from a very important story. But the character of Marc Lee falls short on everything that the real Marc Lee stood for and what Chris Kyle expresses about his brother and teammate in his book, which inspired the film.

The movie portrays Marc as a reluctant warrior -- one who seems casual in combat -- who questions America's mission in Iraq. Nothing could be further from the truth.

When you hear the name "Marc Lee," know the real man was a strong patriot, fierce warrior and loving husband.

In contrast to the movie, Marc was a fierce fighter who believed he was making a difference in Iraq. He believed in the war with his whole heart and had a strong sense that his service had a higher purpose -- not only for America, the country he loved, but to protect innocent Iraqis who lived in constant fear of terrorists. He carried a big, heavy machine gun on most of Charlie Platoon’s operations, wielding it with precision to protect his teammates. He was a “Team Guy” -- as SEALs call those who would do anything for their SEAL brothers.

When you hear the name "Marc Lee," know the real man was a strong patriot, fierce warrior and loving husband.

Four months into his deployment, in the midst of one of the biggest battles for the city of Ramadi, Marc stepped into the line of fire to protect his teammates behind him. He laid down his life for them. For that, he was posthumously awarded the Silver Star and Purple Heart. For additional valorous actions on other operations, he was awarded a Bronze Star with Combat “V” for valor. Unlike the character portrayed in the film, Marc gave his utmost for his SEAL teammates and believed in the cause for which they fought to the very end.

No military honor can ever reflect how he felt about his “brothers.”

The film was right on one account -- Marc’s initial desire to become a pastor before he joined the SEALS.   This, in fact, was true.  After high school he did not go to college, but instead decided to stay in Hood River, Ore., to learn carpentry.  Several years later, Marc moved to Colorado to play professional soccer. As fate would have it, he sustained a knee injury that led to a move to California, where he studied Theology in hopes of becoming a pastor. It was during this time of deep reflection about his path in the world when he realized his true dream of becoming a Navy SEAL.

CLICK TO READ MARC LEE'S LAST LETTER TO HIS FAMILY.

In the movie, his character says he chose the SEALs because he’s “a gambling man” -- a bizarre reference that doesn't reflect Marc's drive and determination to join The Teams.

Even though Marc did not become a pastor, he remained a devout Christian. We spent many days and nights talking about his faith. He was raised Christian; I was raised Jewish. Marc and I had many religious and political differences, yet, despite these differences, we had an incredible, unequivocal love.

Marc and I met in 2001, when he was in Basic Underwater Demolitions/SEAL (BUD/S) training in Coronado, Calif. We married in August 2002. Marc was a spiritual, perceptive, selfless, intelligent, hilarious, loud, strikingly handsome man with many layers.  We were young, deeply in love and we thought we would live the rest of our lives together.  Marc graduated BUD/S his second time around in 2004 and deployed to Iraq April 10,  2006.  I never imagined those moments before he boarded the U.S. Air Force C17 aircraft with Charlie Platoon would be the last I would share with him.

In “American Sniper,” a letter Marc wrote is shared. It is severely edited, giving an entirely different image of Marc’s message.  Chris Kyle's character says: “The war didn’t kill Marc, his letter did” -- a confusing reference to those who knew Marc because it seems to suggest Marc gave up on the mission, and that led to his death. This is absolutely false.

The letter that Marc wrote was never sent out to family. He died two weeks later on Aug. 2,  2006.  I decided to place the letter in the back of the pamphlet for his funeral service.  I invite everyone to please read this letter in its entirety, and experience Marc’s words as he intended – raw from the battlefield.

When you hear the name "Marc Lee," know the real man was a strong patriot, fierce warrior and loving husband. He was a family man, a faithful Christian and, without a doubt, a proud American who made the ultimate sacrifice for his country, fighting alongside the SEAL brothers whom he loved, for a cause he firmly believed in.