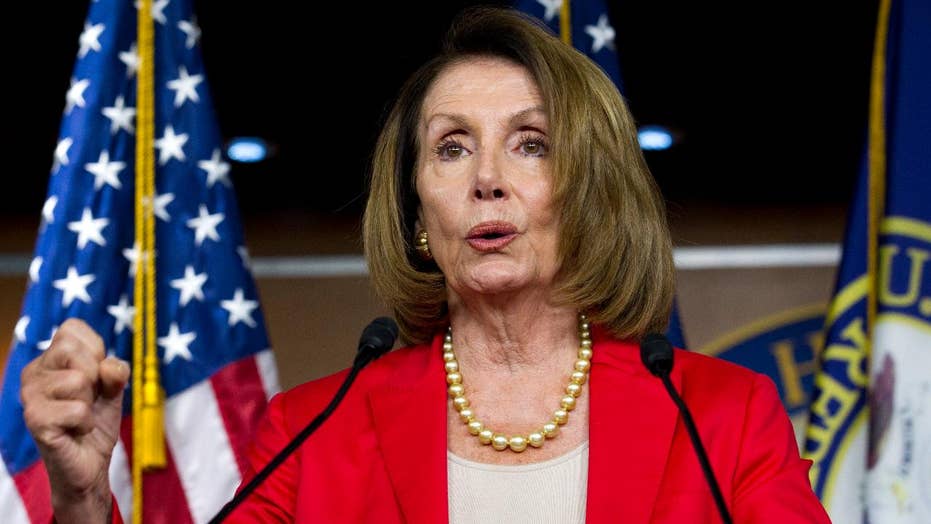 New questions over Pelosi's future ahead of midterms

Several Democratic House candidates have said they would not vote for Pelosi as speaker. Fox News contributor Ari Fleischer says both parties will set themselves up for 2020 after the midterms.

Democratic Party kingpin Nancy Pelosi – the once and future Speaker of the House if Democrats retake the chamber on Tuesday –foreshadowed just how radical her party’s agenda will be.

She wants to do to America what progressives have done to San Francisco.

Speaking to cheering liberals at a fundraiser on Sunday, Pelosi seemed baffled that anyone would criticize what has become of the once-beautiful city: “But when they say San Francisco liberal, as if to make it sound like it’s something negative, them’s fighting words.”

Lots of bums and poop apparently.

San Francisco values have put the town at the forefront of the urban decay that affects most major cities, especially those on the West Coast.  The place is literally awash in human waste, with the new mayor observing, “I will say there is more feces on the sidewalks than I’ve ever seen growing up here.”

A U.C. Berkeley disease expert recently concluded that parts of the city were more unsanitary than foreign slums. Local reporters surveyed some of the most popular parts of downtown with tourists and businesspeople and found 100 used drug needles and more than 300 piles of feces.

The city is teaming with homeless, many of whom are drugged out of their minds, aggressive, or even violent. Crime is on the rise, and even residents of the notoriously liberal city appear increasingly fed up.

San Francisco also exhibits the failure of progressive economics. By heavily taxing the middle class and creating so many regulatory impediments to building new homes, decent housing is increasingly beyond the reach for those Californians who aren’t wealthy. San Francisco has the greatest income inequality in America and it’s getting worse.

But Pelosi and her progressive friends are ever loyal to those San Francisco values, even amid their obvious and catastrophic failure. Rather than arresting people who defecate or shoot up on the streets, San Francisco hired a five-person “poop patrol” that somehow is costing the city $184,000 per employee per year.

Rather that surmising that tough love might be better than throwing more benefits at the homeless, progressives want to tax more and spend more on services. Oblivious to the fact that permissiveness and handouts attract more homeless, San Francisco has a ballot initiative to raise taxes on businesses – even ones that don’t make a profit – and avail government of $300 million more to spend.

San Francisco is also famously a sanctuary city. It was there where Kate Steinle was shot by a pistol-wielding illegal alien who previously had been deported five times. A jury in the city found the accused murderer not guilty, except on weapons charges.  More recently, San Francisco decided to allow illegal aliens to vote in some local elections.

This is the utopia that Pelosi and her wing of the Democratic Party, dominated by far-left progressives, have for the rest of America.

In Pelosi’s America, God help you if you’re a middle-class family that wants to afford a home.

God help you if you don’t want your vote diluted by illegal immigrants who presumably can be counted on to vote for more progressive lawlessness.

God help you if you don’t want your kids to walk by piles of human waste, dirty needles, and aggressive bums.

Pelosi has shown just how dedicated she and her party will be to hardcore progressivism. There is not even a pretense that the Democrats will attempt to govern with moderation or reach across the aisle to try to work with Republicans. Instead, a House of Representatives run by them will be a non-stop freak show of the same ideas and policies that ruined a once-beautiful city.

As in San Francisco, Pelosi’s America will be a great place for the super-rich and homeless. For the rest of us, not so much.