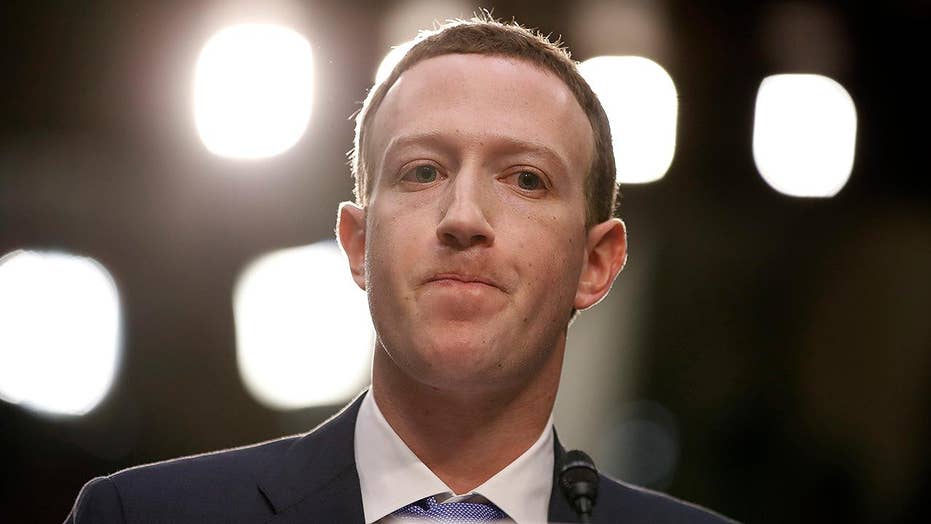 I live much of my life online. You probably do, too.

We pay our bills, reach out to friends and family and express our opinions. That last one is getting people into a lot of trouble -- especially conservatives.

Prominent conservatives are being shut down all across the internet. They have videos deleted, posts removed and accounts suspended or banned. The targets read like a Who’s Who of the the right: Michelle Malkin, Dennis Prager and Rep. Marsha Blackburn have all been targets of our new censors. It’s not just a war on free speech. It’s a war on conservative speech.

The tech companies will deny it, assuredly. But I know a fight when I see it because I’ve seen my share. This is just a new kind of battlefield. Unfortunately, I also know conservatives are losing. For now.

Blackburn even had Twitter censor a pro-life ad she tried to run. They eventually caved for her because she’s in Congress, but Live Action still can’t advertise on Twitter. The company tried to make the pro-life group remove content off its own site before they would let it even buy ads.

If we don’t do something, conservative speech and ideals could easily be wiped out online. I think that makes this a battle worth fighting.

And we saw Project Veritas reveal the bias behind the scenes at Twitter. Veritas showed how engineers admitted on camera that they shut down accounts they thought were automated -- because they used the words “God” or “America.”

I guess I’m a bot, as well. I use those words all the time. Proudly.

There are many more examples. If I listed all the major examples, it would end up being a report nearly 20,000 words long. I know, because the Media Research Center just did that report, called: “CENSORED! How Online Media Companies Are Suppressing Conservative Speech.” Even with that many words, it can’t begin to touch on everything. We saw more about the problem when Facebook CEO Mark Zuckerberg testified on Capitol Hill and was pressed about how conservatives are mistreated online.

MRC focused on the worst of the worst. That starts within the companies themselves.

You might remember the SPLC. That group conflates “hate” with disagreement. They have an online list of anyone they oppose, calling them “hate groups.” They go after organizations that support traditional marriage and lump them in with the evil that is the Ku Klux Klan.

Back in 2012, Floyd Lee Corkins used the list to target the headquarters of the pro-marriage and pro-life Family Research Council (FRC), so he could “kill as many people as possible.” Thank God a hero stopped him and took a bullet in the process.

Corkins got 25 years for charges that included domestic terrorism. But the SPLC didn’t learn its lesson. I went to its website this week and the “Featured Group” among its “Extremist Groups” was still the FRC. That’s who Google and YouTube are relying on to identify hate speech.

Twitter is just as bad. It has a “Trust and Safety Council” with 25 members and nearly half are liberal. Just one is conservative. They rely on the LGBT group GLAAD and the Anti-Defamation League, both of which regularly go after organizations on the right.

That 12-to-1 ratio is typical for how conservatives are treated now online and off.

Just ask former Google engineer James Damore. He was fired from the world’s No. 1 search engine company for a memo that criticized the firm’s “Ideological Echo Chamber.” They refused to hear his argument that men and women might have different interests. His lawsuit against Google said the company uses “illegal hiring quotas” and discriminates against men, conservatives and white people.

A recruiter is suing YouTube for similar reasons. According to The Wall Street Journal, he claims YouTube “discriminated against white and Asian male applicants in favor of hiring other people of color and women.”

It’s no shock that Eric Schmidt, the head of Google’s parent company, advised Hillary Clinton. Google donations during the election went 63 times more for Clinton than for Donald Trump.

Facebook CEO Mark Zuckerberg is also liberal and Gizmodo reported that his staffers were manipulating the newsfeed back in 2016 to downplay conservative content and promote their own agendas.

These top tech companies push progressive values within their organizations. We shouldn’t be surprised when they inflict them on the rest of us online.

So what do we do?

Any military man worth his salt will tell you that you can’t win if you don’t fight. Silicon Valley needs to understand conservatives won’t take this lying down.

If we don’t do something, conservative speech and ideals could easily be wiped out online. I think that makes this a battle worth fighting.

Allen West is a retired Lieutenant Colonel in the U.S. Army. A Republican he formerly represented Florida’s 22nd District in the U.S. House of Representatives. In 2020, he joined My Faith Votes as a spokesperson to mobilize Christians to participate in elections. His newest book is “We Can Overcome: An American Black Conservative Manifesto.”