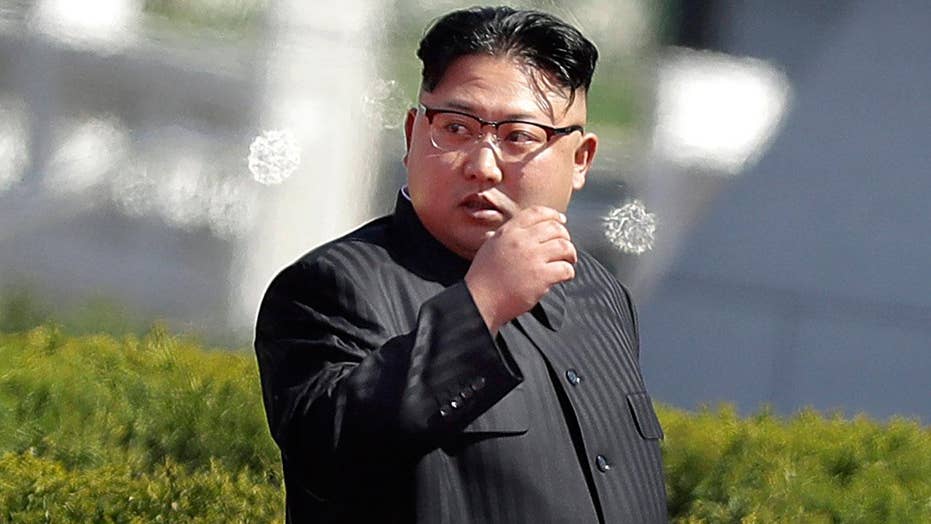 Editor's note: This article was originally published by Gatestone Institute and is reprinted with permission.

We failed to prevent North Korea from developing nuclear weapons. As a result, our options to stop them from developing a delivery system capable of reaching our shores are severely limited.

The hard lesson from our failure to stop North Korea before they became a nuclear power is that we MUST stop Iran from ever developing or acquiring a nuclear arsenal. A nuclear Iran would be far more dangerous to American interest than a nuclear North Korea.

Iran already has rockets capable of reaching numerous American allies. They are in the process of upgrading them and making them capable of delivering a nuclear payload to our shores. Its fundamentalist religious leaders would be willing to sacrifice millions of Iranians to destroy the big Satin (United States) or the little Satin (Israel).

The late "moderate" leader Hashemi Rafsanjani once told an American journalist that if Iran attacked Israel with nuclear weapons, they “would kill as many as five million Jews,” and that if Israel retaliated, they would kill fifteen million Iranians, which would be “a small sacrifice from among the billion Muslims in the world.”  He concluded that “it is not irrational to contemplate such an eventuality.”  Recall that the Iranian Mullahs were willing to sacrifice thousands of “child-soldiers” in their futile war with Iraq.  There is nothing more dangerous than a “suicide regime” armed with nuclear weapons.

The deal signed by Iran in 2015 postpones Iran’s quest for a nuclear arsenal, but it doesn’t prevent it, despite Iran’s unequivocal statement in the preamble to the agreement that “Iran reaffirms that under no circumstances will Iran ever seek, develop or acquire nuclear weapons.”  (Emphasis added).

Recall that North Korea provided similar assurances to the Clinton Administration back in 1994, only to break them several years later – with no real consequences.

The Iranian Mullahs apparently regard their reaffirmation as merely hortatory and not legally binding.  The body of the agreement itself – the portion Iran believes is legally binding -- does not preclude Iran from developing nuclear weapons after a certain time, variously estimated as between 10 to 15 years from the signing of the agreement.  Nor does it prevent Iran from perfecting its delivery systems, including nuclear tipped inter-continental ballistic missiles capable of reaching the United States.

If we are not to make the same mistake with Iran that we made with North Korea, we must do something now – before Iran secures a weapon – to deter the Mullahs from becoming a nuclear power, over which we would have little or no leverage.

Congress should now enact legislation declaring that Iran’s reaffirmation that it will never “develop or acquire nuclear weapons” is an integral part of the agreement and represents the policy of the United States.  It is too late to change the words of the deal, but it is not too late for Congress to insist that Iran comply fully with all of its provisions, even those in the preamble.

In order to ensure that the entirety of the agreement is carried out, including that reaffirmation, Congress should adopt the proposal made by Thomas L. Friedman on July 22, 2015 and by myself on 5 September 2013.

To quote Friedman: “Congress should pass a resolution authorizing this and future presidents to use force to prevent Iran from ever becoming a nuclear weapons state … Iran must know now that the U.S. president is authorized to destroy –without warning or negotiation – any attempt by Tehran to build a bomb.”  I put it similarly: Congress should authorize the President “to take military action against Iran’s nuclear weapon’s program if it were to cross the red lines….”

The benefits of enacting such legislation are clear: the law would underline the centrality to the deal of Iran’s reaffirmation never to acquire nuclear weapons, and would provide both a deterrent against Iran violating its reaffirmation and an enforcement authorization in the event it does.

A law based on these two elements –adopting Iran’s reaffirmation as the official American policy and authorizing a preventive military strike if Iran tried to obtain nuclear weapons – may be an alternative we can live with. But without such an alternative, the deal is currently interpreted by Iran will not prevent Iran from obtaining nuclear weapons.

In all probability, it would merely postpone that catastrophe for about a decade while legitimating its occurrence. This is not an outcome we can live with as evidenced by the crisis we are now confronting with North Korea.

So let us learn from our mistake and not repeat it with Iran.