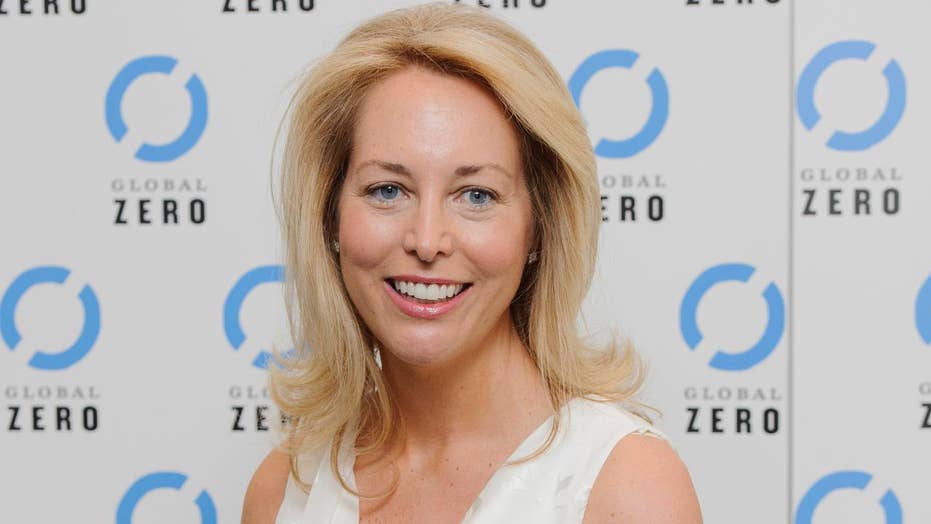 Valerie Plame had to know what she was doing. The unmasked former CIA officer retweeted a virulently anti-Semitic article by a well-known bigot on the Jewish High Holy Day of Rosh Hashanah, which she characterized as “thoughtful.” Now she's trying to make excuses, but they don't wash.

The retweeted article by Phillip Giraldi itself contains the usual anti-Semitic tropes: Jews are guilty of dual loyalty; they control politicians, the media and entertainment; they want the U.S. to fight wars for the country to which they have real allegiance – Israel; they are dangerous to America. Giraldi has been pushing this garbage for years and Plame is one of his fans.

But this particular article goes much further in its neo-Nazi imagery. It states: “The media should be required to label (Jews like Bill Kristol) at the bottom of the television screen whenever they pop up …. That would be kind-of-like a warning label on a bottle of rat poison – translating roughly as ingest even the tiniest little dosage of the nonsense spewed by Bill Kristol at your own peril."

In other words, Jewish supporters of Israel – like Kristol and me – should have to wear the modern-day equivalent of the yellow star Nazis forced Jews to wear before we are allowed to appear on TV and poison real Americans. Nice stuff that Plame was retweeting and characterizing as thoughtful.

This was not the first time Plame retweeted Giraldi’s garbage. In 2014 she retweeted one of his screeds with the following notation: “Well put.” And after retweeting the current anti-Semitic article she described it as: “Yes, very provocative, but thoughtful. Many neocon hawks ARE Jewish. Ugh.”

Nor is this the only time that Plame has retweeted other nonsense from the bigoted platform this piece came from – a platform of which she has pleaded ignorance. According to journalist Yashar Ali, Plame has retweeted at least eight other articles from the same website since 2014. Sounds like she is into some strange websites.

I actually read the Philip Giraldi article – before I was aware of the Plame tweet – on a neo-Nazi website, where Giraldi’s articles are frequently featured. That’s where his articles belong – on overtly anti-Semitic sites.

For Plame to claim that she was unaware of the anti-Semitic content of Giraldi’s article is to ignore reality. Plame had to be aware, since she was aware of Giraldi’s bigotry. Her apologies ring hollow.

Plame’s true feelings were revealed in what she said before she realized that she would be widely condemned for her original retweet.  She must now do more than apologize.

The former CIA operative must explain how she came upon the article. Who sent it to her? Does she regularly read bigoted website? Why is she reading and retweeting a known anti-Semite? What are her own personal views regarding the content of the Giraldi’s article?

The Plame incident reflects a broader problem, which I wrote about in June for the Gatestone Institute International Policy Council, in a piece headlined “A New Tolerance for Anti-Semitism.”

There is a growing tolerance for anti-Semitism. Even when some people themselves do not harbor these feelings, they are willing to support those who do, as long as the anti-Semites are on their side of the political spectrum.

This is an unacceptable approach, especially in the post-Holocaust era. Unfortunately, Valerie Plame is the poster child for this growing tolerance for hatred. She must be called out on it, as must others who follow the same path of bigotry.

Both are equally guilty of reductionism and stereotyping. Neither group is prepared to judge individuals on their individual merits and demerits. Both insist on judging entire groups and of stereotyping.

American Jews – like other Americans – are deeply divided on important issues, such as the Iran nuclear deal, the current prospects for peace between the Israelis and Palestinians, and the Trump administration’s foreign policies. To generalize about Jews is both factually and morally wrong.

What the hard right and hard left share in common is special bigotry toward Jews: the neo-Nazi right hates the Jewish people; and the hard left hates the nation-state of the Jewish people and those Jews who support it. Both views are bigoted and must not become acceptable among centrist liberals and conservatives.