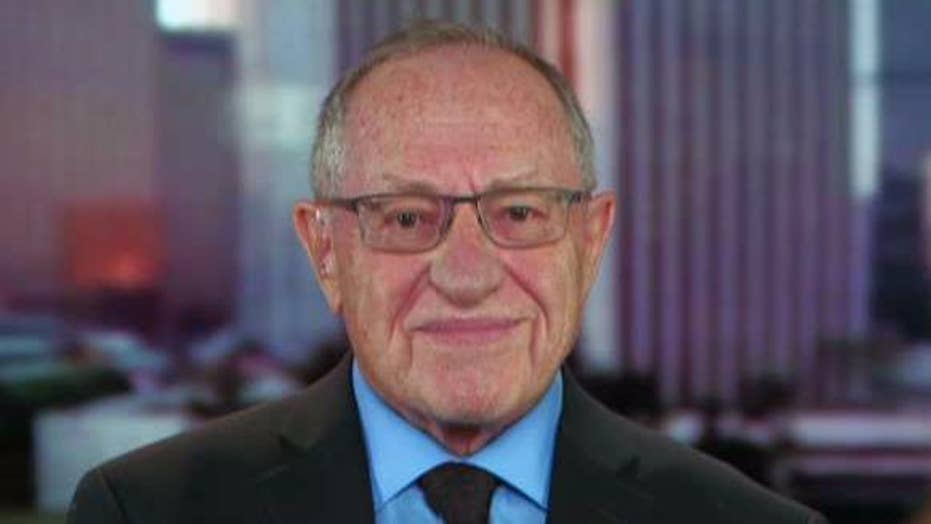 Legal scholar Alan Dershowitz says, despite angst over protests, UC-Berkeley must defend Ben Shapiro and other conservatives' right to speak on campus #Tucker

I vividly recall the famous "free speech" movement at Berkeley several decades ago. The hard left demanded the right to express radical, often obnoxious, views on campus. Some on the hard right sought to ban these hard left expressions.  Free speech prevailed.

Now it is the hard right that is demanding the right to make provocative speeches on campus and it is elements of the hard left that are trying to censor them.

But there is no symmetry in the means used to silence opponents. Today's hard left, led by Antifa and other radical and anarchistic gangs, do not shrink from the threat or use of violence to silence speakers with whom they disagree. These unlawful tactics have prevailed and several right wing speakers were forced to cancel their scheduled appearances on the Berkeley campus. This time free speech is losing.

Protesters must not be allowed to block access to the speech, to threaten violence against the speaker or his audience, to shout down the speaker or to take any other action that prevents the speaker from completing his talk.

Now there is a test case: Ben Shapiro, a thoughtful conservative with whose views I often personally disagree, is not merely a provocateur, as some other extreme right speakers are. These provocateurs come to campuses not so much to educate as to provoke responses. Although deliberately provocative speech is as constitutionally protected as other kinds of offensive expression, it is easy to understand why some administrators, faculty and students object to being used as part of what they regard as staged political theater deliberately designed to create conflict.

Ben Shapiro is different. He has something substantively important to share with the Berkeley academic community.  If I were on that campus, I would want to listen to what he has to say, despite my disagreement with many of his views.

Yet there are those on the hard left who would stop me and others from hearing him. They cannot be allowed to do that.

Berkeley, as a state university, is bound by the First Amendment. It has a constitutional obligation to protect the speaker and allow him to address his audience. It also has an obligation to protect those who seek to protest Shapiro's presence on campus and the content of his speech. But the protests may not interfere with the right of the speaker to communicate his ideas to the audience. Protesters must not be allowed to block access to the speech, to threaten violence against the speaker or his audience, to shout down the speaker or to take any other action that prevents the speaker from completing his talk.

Protesters may show disagreement with specific ideas by briefly booing or even shouting words of disapproval, but these disruptions must be brief and not continuous. They must not have the intent or effect of stopping the speaker from delivering his or her message.

These lines are difficult to draw in practice, but disagreements must be resolved in favor of the speaker, not the disrupters. And the university must have the same rules for the right as for the left. It may not take ideological sides when it comes to freedom of expression. It must remain scrupulously neutral, even if its constituents favor the left over the right.

Ben Shapiro must not be prevented from speaking. His talk must not be cancelled, as others were. Berkeley must do whatever it takes to protect Shapiro and those who follow him from the intolerant mobs that don't want anyone to hear his conservative message.