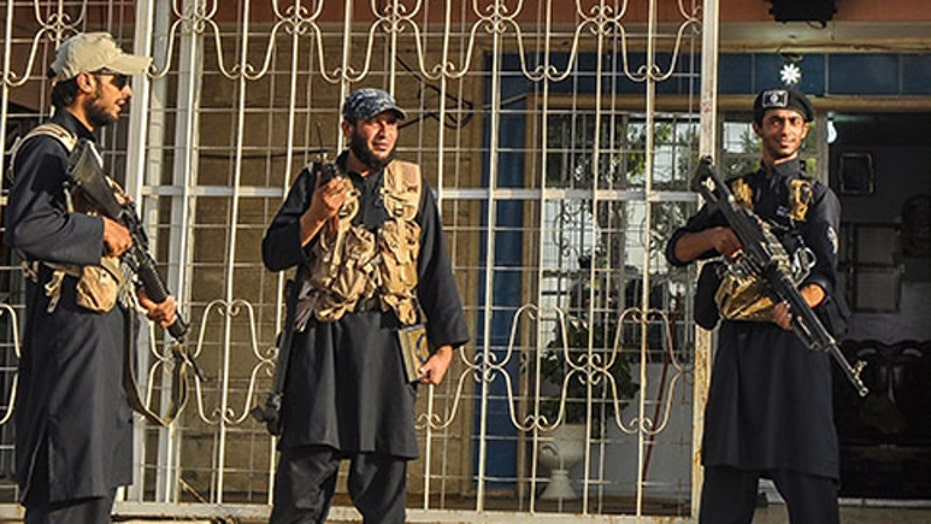 McFarland: ISIS poses threat in US in addition to Mideast

Winston Churchill once said that Americans can always be counted on to do the right thing…. after they’ve exhausted all the other options. Bombing ISIS military targets in Syria, especially because it has been done in concert with five Sunni Arab countries (Bahrain is majority Shiite but ruled by a Sunni royal family), is the right thing to do.

The air forces of Saudi Arabia, Jordan, Bahrain, and United Arab Emirates are flying with the U.S. Navy and Air Force. Qatar has provided its airfields. This time it’snot America attacking a Muslim country, it is moderate Muslim countries joining with America to attack a mad dog. It’s a first. President Obama has made a good call.

In the past, U.S. military operations in the Middle East have been done without Muslim allies. They’ve written checks, they’ve held our coats while we’ve done the fighting, and their governments have said all the right things in public. But they haven’t joined the fight.

In fact, they’ve usually played both sides. While their leaders have tut-tutted those terrible terrorists, wealthy individuals from these countries have quietly funded those same terrorists.

Why have the Arab countries decided to join the fight this time instead of sitting on the sidelines? Because the Islamic State has now grown into a Frankenstein monster that threatens to topple them all. They realize the next heads loped off could well be their own.

The next important step in the air attacks will be whether Turkey joins the fight. They have provided safe haven for refugees fleeing ISIS. But they have also been the war corridor through which foreign fighters slipped into Syria. Turkey has been silent over the summer months as ISIS advanced in Syria and Iraq, in part because ISIS held 40 Turkish diplomats hostage. Those hostages were released over the weekend. They now have no excuse.

Turkish President Erdogan seemed to indicate that they would, when he told a group of us at the Council on Foreign Relations Monday that he was in consultations with the U.S. and “Turkey has no problem fighting against terrorism.”

Yet air strikes alone, even with a coalition of countries, cannot defeat ISIS. Somebody’s boots have to go on the ground. President Obama has been adamant that it won’t be U.S. boots, and he’s right. Another Middle East war with the U.S. leading the charge won’t be any more successful than the earlier ones. Our air campaign will force them into population centers, only their neighbors can rout them out. This must be a war the Sunni Muslims fight on their own, perhaps with some limited U.S. help, but with their troops going door to door.

If the nations in the region are not willing to provide the boots on the ground, America must not "mission creep" our way into a bigger war.

The Middle East is likely headed for a generation of war between Shiite and Sunnis, that will go nation to nation, tribe to tribe, respecting no borders, and fueled by Arab oil money. We do not belong in the middle of that war. Defeating ISIS would be a good thing. But the price should not be empowering a nuclear Iran.

So far we have focused on fighting ISIS "over there." But radical Islamists and ISIS also present a threat here at home.

According to former CIA Director of Operations Jack Devine, we can expect the threat to the homeland and American interests abroad to increase in the weeks ahead.

ISIS will not take this attack meekly.They will retaliate. We should gird for more beheadings – there are 20 some European and American journalists being held by ISIS.

There are intelligence reports that some American jihadists may already have returned home in the last two weeks. Our southern border is porous.

Finally, we know lone wolf terrorists are recruited and radicalized online. However the battle evolves in the Middle East, we must not lose sight of the threat to the homeland.

The United States cannot be the policeman to the world, but we must be the sentry to our own security.

K.T. McFarland was President Trump’s first deputy national security adviser and helped formulate his maximum pressure campaigns. She is the author of the book "REVOLUTION: Trump, Washington, and “We the People.”