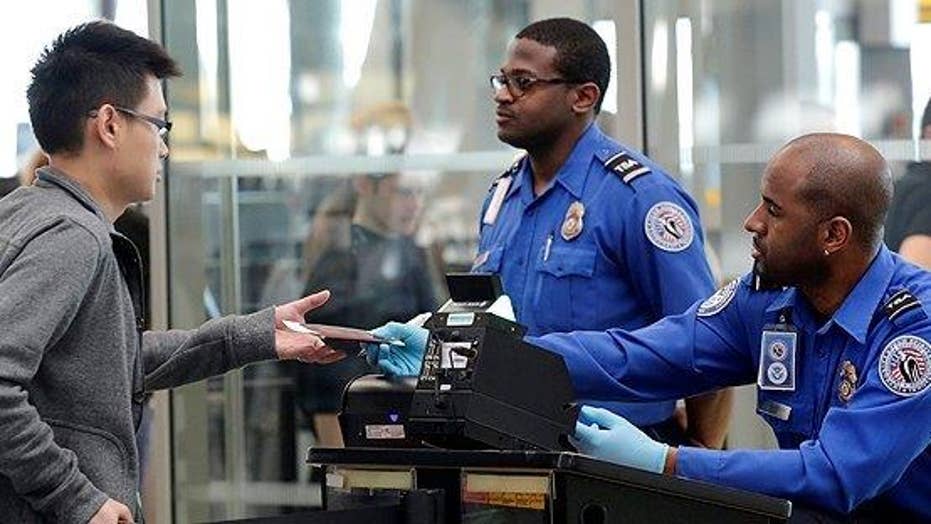 Airports are sending the Transportation Security Administration (TSA) a clear message: start doing your job well or you are out. Unfortunately for the Port Authority of NY and NJ and others making similar demands, the TSA is like the pesky tenant who continually games the system in order to avoid eviction.

Let’s begin with the basic facts: the number of TSA screeners available has gone down, creating significantly longer passenger wait times at checkpoints.  And when it takes two or three hours to make it through security, people miss flights—and tempers flare.

It’s gotten so bad that, earlier this month, the Port Authority (which operates Newark, JFK, and LaGuardia airports) notified the TSA that it was “exploring the merits of participating in the Screening Partnership Program to enhance flexibility in the assignments and operating hours of front line screening staff.”

The “Screening Partnership Program,” or SPP, was included in the 2001 law that created the TSA as a way to test whether private security screeners, operating under TSA oversight, could provide the same level of service as the newly minted security agency. And there are good reasons to think they could.

And SPP screeners tend to outperform their TSA counterparts in terms of efficiency and customer satisfaction. One study found that private screeners at the San Francisco airport were 65 percent more efficient than their federal counterparts in Los Angeles.

Private contractors, it seems, do a better job of keeping lines short, customers happy, and costs down—while providing at least as much security as the TSA.

You’d think that many airports would simply say: “Sorry TSA, but we are done.”

Unfortunately, telling a federal agency to go home is never easy. And with the SPP, it’s very complicated, indeed.

To switch to SPP vendors, airports must first submit an application requesting the change. Guess who reviews and rules on that application. The TSA itself. Conflict of interest, anyone?

The agency is not at all inclined to kick itself out of a job. That’s why former TSA Administrator John Pistole decided to reinterpret the law so that airports could use SPP vendors only when “a clear and substantial advantage to do so emerges.”

This brazen effort to permanently anchor federal screeners into airports so raised the ire of Congress that it actually passed a law rebuffing the TSA. The new law ordered the TSA to approve any airport’s application to use SPP vendors in a very short time frame unless the approval would “compromise security or detrimentally affect the cost-efficiency or the effectiveness of the screening of passengers or property at the airport.”

So now the TSA has no choice but to approve the use of private screeners unless a very bizarre set of circumstances presents itself. Problem solved, right?

Even when the TSA approves an airport’s “opt out” application, it’s the TSA—not the airport—that starts the process of finding a private alternative.

That’s right: the TSA not only chooses whether it can be evicted; it also gets to select which company will provide the new screeners to the airports.

Unsurprisingly, the TSA can make this step very difficult as well. The contracting process often takes well over a year, leaving TSA screeners in place that whole time.

Even more interestingly, the TSA has recently altered how it selects SPP vendors. Previously the TSA selected SPP vendors by determining which one provided the “best value.” Under that formula, qualifications such as prior experience and confidence in the vendor’s ability to provide effective performance were deemed most important.

Now, however, the TSA uses a contracting method known as “Lowest Price Technically Acceptable.” That system is exactly what it sounds like – whichever contractor meets minimum performance specifications and offers the cheapest price will win the competition.

Nice to see that the TSA thinks airport screeners should be purchased using the same model as pencils.

We could go on, but the point is quite clear: there is no Vegas-style divorce option for airports. Instead, airports and passengers alike are in for a bitter, lengthy, and unnecessarily cumbersome process to bring in more effective and efficient screeners.

Brian Finch is a Senior Fellow with the George Washington University Center for Cyber and Homeland Security. David Inserra is a homeland security analyst in The Heritage Foundation’s Allison Center for Foreign and National Security Policy.