Newsom will show Gen Z, millennials California is not what US 'should be like': Joe Basrawi

Joe Basrawi, Today is America strategy director, says 'this next year' will display 'true side' of Gov. Gavin Newsom.

Well, it turns out California Gov. Gavin Newsom’s supporters were right: The recall effort was a waste of state dollars – albeit only a tiny fraction of the money wasted by the state paying out about $20 billion in fraudulent unemployment benefits or $10 billion on a bullet train to nowhere.

Recall supporters should have known that California is no longer the state of Ronald Reagan, Pete Wilson or even Arnold Schwarzenegger.

Democrats now outnumber Republicans 2-1 in the state and hold every statewide office, supermajorities in both houses, every big city mayoral position, and every city council seat in L.A. and San Francisco.

As a result, California has been turned into the epicenter of the green new deal, equity and woke capitalism.

They implemented mail-in balloting, whereby a live ballot is mailed to every registered voter, whether requested or not. Simultaneously, they built a political machine of operatives and volunteers to "harvest" ballots by going door to door in Democrat neighborhoods to assist with voting and collect ballots, a practice illegal in over 20 states.

And they have successfully branded Republicans as racist, QAnon supporters, causing most California Republicans to keep their views to themselves, afraid to display a lawn sign or bumper sticker for fear of being canceled. The Democrat playbook is so one-note in this regard that even when faced with an African American opponent, Larry Elder, they still label him a "White supremacist," and it works!

Newsom’s margin of victory was so significant that he now appears to be a shoo-in for reelection next year, and thus will run the show for another five-plus years.

What’s next for Californians not on board with the socialist takeover of the state?

So, what’s next for Californians not on board with the socialist takeover of the state? Two things to watch:

1. Continued exodus from the state: A little known fact is that California has had a net negative migration between it and the rest of the U.S. for most of the last 30 years. They have been replaced in numbers primarily by legal and illegal immigrants. The recall outcome could encourage even more to leave.

Some leave because of taxes (the highest in the country), some because of the out-of-control homeless situation, some due to the dramatic increase in crime, some due to the low quality of the public schools and what is being taught in them, some to avoid vaccine and mask mandates, and some simply because they want to live in a place where they can freely share their opinion without facing scorn. 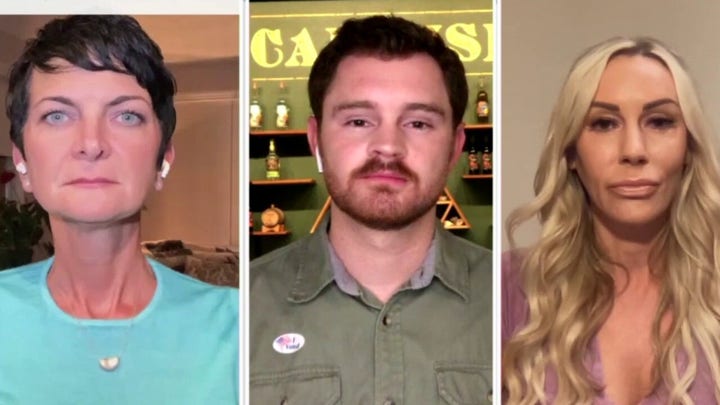 Democrats no doubt secretly cheer this exodus (e.g., "Don’t let the door hit you in the backside on your way out!") as it only makes them stronger. But, if there is to be change, conservatives need to stay and fight.

2. Ballot initiatives: While Democrats have successfully branded Republicans, they have yet to convince Californians of the wisdom of their actual policies. Again and again, when asked about the issues, Californians vote conservatively.

In the past, Californians famously voted to cap property taxes, bar affirmative action, ban gay marriage, and insist on English as the primary language in schools. Even as recently as last year, Californians voted to maintain the ban on affirmative action, against rent control, against eliminating cash bail, against raising property taxes on commercial buildings, and against mandating that Uber drivers be treated as employees.

Two initiatives on deck for next year could be game changers: school choice and a ban on public employee unions. Such unions are the Democrats’ No. 1 source of money, and the teachers’ union is the No. 1 lobby group in Sacramento.  A victory on either measure could finally be the beginning of a real change.

Jim Breslo is an attorney, host of the "Hidden Truth Show" and founder of RealKast, a new media company. He was formerly a partner at the international law firm Seyfarth Shaw, defending companies and individuals against alleged civil rights violations.