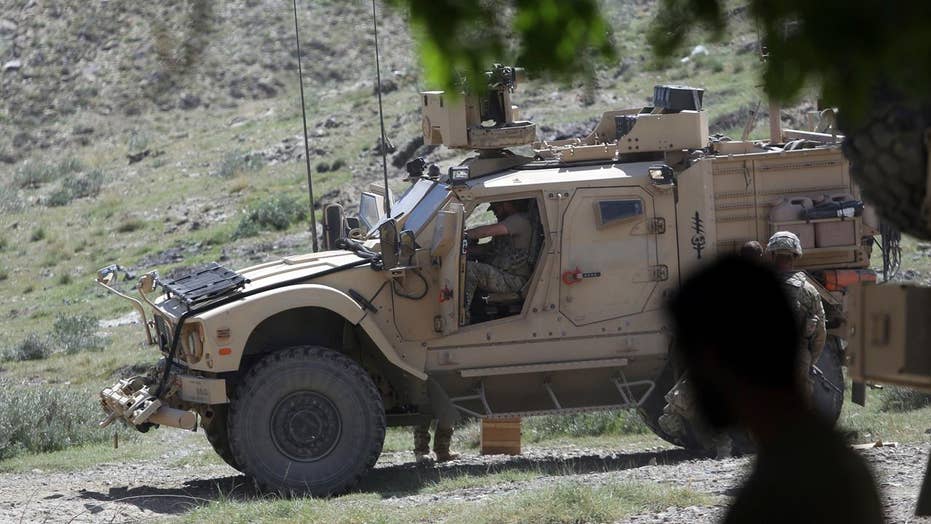 Defense Secretary Mattis says the U.S. is not winning in Afghanistan right now

Sixteen years after combat operations began in Afghanistan, the American people want to know -- “how do we win in Afghanistan?” Unfortunately, there is no easy answer to this question as President Trump and his administration begin to weigh the options going forward.

The question of whether to send more troops to Afghanistan is not a partisan issue – both Democrats and Republicans of all stripes have questioned our continued presence in this hostile Southeast Asian theater, with a new generation bearing the burden of the tough decisions our president will make.

If we were advising President Trump today, here are four questions we would ask before he announces his new strategy or troop increase in Afghanistan:

First, we would ask the intelligence community: Is there still a significant direct national security threat to the U.S. (or our allies) emanating from Afghanistan? This foundational question has to be answered before we would advise putting any more American lives in harm’s way. As we saw in the insider attack that killed three American soldiers on Saturday, extreme violence can and will happen in this theater.

The threat from al Qaeda coming out of Afghanistan somehow seemed more clear as we watched the Twin Towers smolder at Ground Zero. Sixteen years later, that vision has often dimmed as wars against Saddam Hussein, the Taliban, and new groups like ISIS have emerged.

Second, with this intelligence assessment in mind, the president should ask his national security team: What are our end goals in Afghanistan for the next four years? They need to be clearly defined and clearly articulated to the American people. As the president has promised to deliver on a foreign policy that puts America’s interests first, his team should focus less on defining “winning” but rather stemming the flow of extremism in Afghanistan such that we minimize and mitigate any threat to the United States or its interests abroad.

Third: How may we best recalibrate our precious resources to achieve these new goals in Afghanistan? The president has excellent generals that can advise him on specific troop increase levels, but with over 8,400 troops still in Afghanistan as part of the NATO train, advise and assist mission – alongside our own counterterrorism mission – the president needs his end goals defined before he commits additional counterterrorism forces to counter the Taliban, al Qaeda and its affiliates.

Fourth, after the national security team answers the first three questions, a pivotal one must be answered next: What can we do with Pakistan? We would advise President Trump to ask his team to develop a carefully crafted strategy for getting Pakistan more constructively involved. Pakistan’s involvement in Afghanistan spans decades; the raid on Usama bin Laden’s compound is just one critical data point on the timeline of Pakistani involvement in the ongoing violence within, and coming out, of Afghanistan. President Trump met with his Pakistani counterpart a few weeks ago, and will need to work to get the Pakistanis to do more to stem the threat from the Haqqani Network and other groups which are destabilizing Afghanistan.

We both served in a different war zone, in Iraq, and have years of experience in national security. September 11 was the foundational event in our lives. It made us enter government service.  After the attacks, the Congress authorized the President to use all necessary and appropriate force against those involved in the attacks, or those who harbored such organizations or persons, in order to prevent any future acts of international terrorism. This was a broad mandate and has been used as the basis for many operations, including our mission in Afghanistan.

The threat from al Qaeda coming out of Afghanistan somehow seemed so much more clear as we watched the Twin Towers smolder at Ground Zero.  Americans didn’t need to be convinced of our need to take action in Afghanistan.  Sixteen years later, that vision has often dimmed as wars against Saddam Hussein, the Taliban, and new groups like ISIS have emerged.  We would argue, however, not that Americans are war-weary, but rather that they are in search of leadership that clearly defines how and why our young men and women must again deploy to Afghanistan.

These are four difficult questions. But, they must be answered.  Our security depends on it.

Samantha Vinograd served in the Obama White House from 2009 – 2013 including as Senior Advisor to National Security Advisor Thomas E. Donilon. Follow her on Twitter @sam_vinograd.