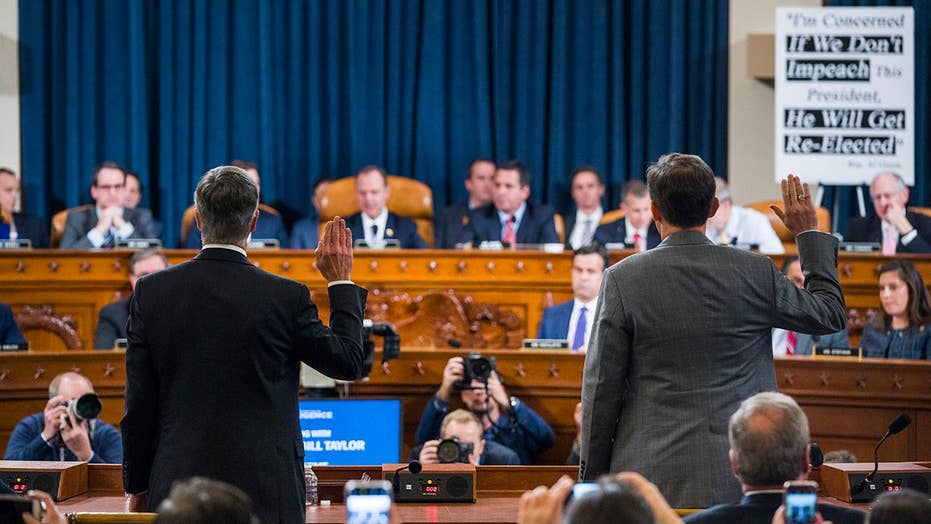 While Democrats pretend to care about stopping foreign interference into our elections to preserve the integrity of our democracy, they conveniently turn a blind eye to their own election meddling. The rest of us can see with our own eyes.

First, it was the #RussiaHoax manufactured by a cabal of anti-Trump foes: former FBI Director James Comey, Peter Strzok, Lisa Page, Andrew McCabe, John Brennan and others who took Democrat-funded opposition research -- sourced from Russia and an ex-British spy -- and used the "unverified and salacious" dossier to trigger multiple criminal investigations into Donald Trump and his associates to stop him from getting elected.

When that failed, Trump-hating FBI agent Strzok texted his lover Page about the "insurance policy" that high-powered officials in the FBI and deep state put in place in case of the unlikely scenario Donald Trump won the 2016 presidential election.

That was the first known example of domestic election meddling -- in a major U.S. presidential election, no less -- by those on the left who first tried to block Trump from getting elected in 2016 by concocting a phony "Russian collusion" conspiracy narrative. When that collapsed, Democrats called for a special counsel investigation as a Plan B maneuver to oust our duly elected president from office.

Neither dirty trick worked. Multiple congressional investigations and Robert Mueller's investigation found no such evidence of Russian collusion, despite the massive disinformation campaign that the #FakeNewsMedia, Democrats and House Intelligence Committee Chairman Adam Schiff, D-Calif., waged against the president, his family and his associates. Election meddling exhibit A.

Instead of being held accountable for their illicit acts -- which, at minimum, sowed enormous discord and distrust in our electoral system and our justice system -- Democrats have brazenly moved to election meddling exhibit B: impeachment.

They've launched impeachment proceedings based on a partisan deep state whistleblower and other anti-Trump bureaucrats within the government with no direct knowledge of the July phone call in question, between the president and Ukraine's President Volodymyr Zelensky. In the left's insatiable quest for power, facts and evidence don't matter. They already possess the official transcript of the phone call, which shows no quid pro quo or any criminal wrongdoing.

All that matters to them is hearsay and smoke and mirrors, that the president "may have said something wrong" -- despite the fact that Zelensky has said there was "no pressure" or anything wrong with their conversation.

Same with Ukraine's Foreign Minister Vadym Prystaiko, who said Gordon Sondland, the U.S. ambassador to the European Union, "did not tell us, and certainly did not tell me, about a connection between the assistance and the investigations. You should ask him."

He added, "I have never seen a direct relationship between investigations and security assistance. Yes, the investigations were mentioned, you know, in the conversation of the presidents. But there was no clear connection between these events."

So here we have liberal lawmakers choosing to believe hearsay, rumors and secondhand information presented by never-Trump bureaucrats while flat-out ignoring a transcript, a world leader who was on the call with the president and other high-ranking Ukrainian officials possessing firsthand information of what transpired.

That's corruption, folks, the definition of a frame job.

Democrats have also blocked Republicans from inviting key witnesses to testify and refused to allow the president to have counsel present at the impeachment hearings to cross-examine his accusers. It's a one-sided charade. The leader of the free world is being denied due process and any semblance of fairness -- something that should alarm every American. I don't care how you vote.

In a recent CNN interview, Rep. Alexandria Ocasio-Cortez, D-N.Y., said the impeachment inquiry was "not just about something that has occurred." She said it was instead "about preventing a potentially disastrous outcome from occurring next year."

If all this isn't election meddling, what is?