It was "just like the loss of a loved one," said a doctor from Texas. "[I]t was just absolute horrendous dread," sobbed a clinic director from Louisiana. These are not physicians lamenting the loss of a patient. They are abortion providers bursting into tears over the Supreme Court’s decision to overturn Roe v. Wade, as recorded in a recent New York Times interview.

Apart from inflated melodrama, the interview’s dominant theme is a feeling of helplessness on the part of abortionists. "I wanted to help her, but I know I can’t!" cried an Arizona receptionist, before giving a bizarre and disturbing description of her predicament: "[I]t’s basically like you have this fire, you see it getting bigger, you know there’s a bucket of water next to you, but you can’t touch it. You’re not allowed to grab that bucket of water and put out the fire."

First of all, comparing the growth and development of an unborn child to an out-of-control fire is deeply wrong. Every person has intrinsic dignity and should be cherished and protected, never denigrated or dismissed. But it’s also utterly ridiculous to suggest there’s nothing people can do to help mothers other than abort their unborn babies.

Unplanned pregnancies are challenging to say the least. The thought of having a baby when you did not expect or want it, especially when you are in a difficult financial or social situation, may induce understandable fear, stress, and even panic. That is especially true when a young woman fears losing support from family and friends. As a society, we must always have compassion for mothers who are struggling, not just their babies.

But there are plenty of ways to walk alongside pregnant women that don’t involve the taking of innocent life. For one, virtually every city in the U.S. has a crisis pregnancy center, operated by well-trained volunteers willing to provide counseling, coaching, medical care, and logistical support — every step of the way, free of charge.

In addition, there are between 1-2 million couples across the country waiting to adopt. Mothers always have the ability to put up their children for adoption when they are born.

Annaleece Merrill made that choice. When she was 17, her world was turned upside down by an unplanned pregnancy. But she decided not to abort and put the baby up for an open adoption instead. Years later, Annaleece’s daughter is leading a good life with a loving family, and she still has a relationship with her biological mother.

"Meeting my little baby girl opened my eyes to a whole new level of emotion I didn’t know I was capable of," Annaleece writes. "[E]very time I see her my love grows even more…. What was once a crisis pregnancy has turned into the biggest blessing I have ever received." 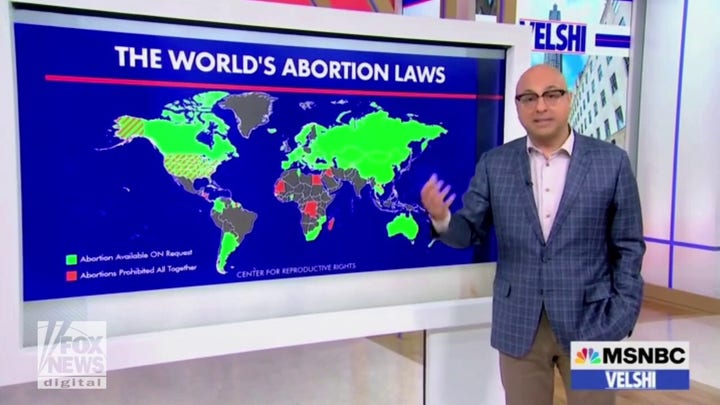 Listening to the Times interview, you wouldn’t think that was possible. According to the interviewed abortionists, the Supreme Court’s decision "is the worst possible thing that could happen" for the patients, and the only recourse is to send women to states with fewer regulations. It shows their dogmatism and willful ignorance. For them, every pregnancy is a problem, and abortion is always the solution.

We must continue to expose the abortion industry’s hypocrisy and lies. But that’s not all we must do. Conservatives also have a duty to enact greater protections for new and expectant mothers and their babies — because being pro-life means more than opposing abortion.

My "Providing for Life Act" would do just that, by enlarging the child tax credit, strengthening child support enforcement, creating a national clearinghouse for maternal resources, making adoption more affordable, providing for parental leave, and more. It’s a common-sense, pro-family plan for a post-Roe America.

Today, even in blue states, women with unplanned pregnancies are feeling lost and confused. The lie that abortion is not only okay but normal and healthy is collapsing, but that doesn’t mean the challenges facing mothers and their children have disappeared. We have an opportunity to meet those women where they are with compassion and grace and remind them that they have options other than abortion. And we have an obligation to expand those options even further — to ensure America is safe for both mothers and their babies.