Walt Disney World employee Jose Castillo says the company is attempting to be political by offering travel reimbursement for abortions.

Being a mom or dad is the most important job any of us will ever have. Parents are the first teachers, first authorities, and first clergy. What we do has a direct impact on the lives of our children, but also on our communities and ultimately our nation. It has been true for all of recorded history. "Train up a child in the way he should go," Proverbs implores.

But what happens when a mom or dad’s first obligation is no longer to their family, but to their employer?

There was a time when our nation’s largest corporations were as much part of Main Street as they were Wall Street. They would sponsor company picnics, little league teams, Scouts, and more. They were part of the fabric of our communities.

In many ways, it was a uniquely American tradition. We relied on private businesses to provide meaningful, dignified work. And historically, the goals of those businesses were oriented to useful production. In our best moments, this institutional alignment created stable mass employment that secured the foundation for a dignified life. Put another way, American corporations used to advance the common good.

That is no longer the case.

Following the end of the Cold War, our corporate elites began to view themselves as citizens of the world rather than patriotic Americans. The ripple effect was enormous and led to the loss of millions of American jobs. If labor is cheaper overseas, the logic went, then products should be made there. After all, if we’re all citizens of the globe, then American families and communities are no more important than those in Mexico, China, or Vietnam.

The destruction of American communities from Baltimore and Detroit to Manchester and Greenville is well-documented. But what is less widely understood is how this globalist shift impacted corporate behavior. Gone were the days when corporations were just one part of workers’ lives — today work is expected to be their entire life.

Wall Street firms demand upward of 80 hours a week from employees. Big tech firms expect the same, though they try to make it comfortable by providing napping pods, foosball tables, and free food. The message is clear: your home is here. And if your home is at work, you have no time for what home is actually supposed to be: family, faith, and community. 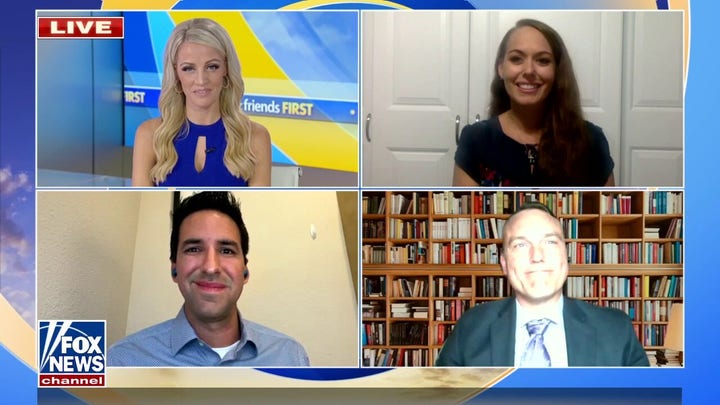 The anti-family sentiment extends well beyond big finance and big tech, though. Just look at the reaction of most major American companies to the recent Supreme Court decision to overturn Roe v. Wade. Countless companies, as diverse as Disney and Dick’s Sporting Goods, released statements of solidarity with "people who can become pregnant" and pledging corporate dollars to help those women travel across state lines to secure abortions.

It is revealing in many ways, some obvious and others less so.

First, it reveals cultural corrosion among our nation’s business leaders. All of these corporate CEOs went to elite universities, go to the same conferences, and are members of the same clubs — and all coincidentally think abortion is moral, healthy, and a human right. They cannot believe anyone feels otherwise, even though statistically half their employees are likely horrified their labor is contributing to the death of an unborn child.

Second, it indicates a distorted profit motive. Even if they don’t fully believe them, CEOs will parrot the standard woke lines because elite virtue signaling can be profitable. Adopting the rhetoric of progressive activists will win affirmation in the boardroom and at cocktail parties while also securing the free flow of investment dollars from similarly woke institutions like BlackRock and Vanguard.

And third, it reveals a grotesque disdain for motherhood and family.

Everyone knows that having children dramatically reduces a mothers’ work hours, and that is especially true for children under 6. It is impossible — and actually undesirable — for your life to be your work when you have a life at home that needs you. But from a corporation’s perspective, a child is a distraction.

"You’re old and having babies so there’s nowhere for you to go," a commodity trading executive told one of his highest performers, who happened to be pregnant with her second child. Those words have an impact. They send a not-so-subtle signal to women that their place is on the trading floor or in the office, and anything else will just get in the way of career advancement. And that contributing to the company’s near-term profitability is the only thing that matters in life.

It devalues women and is poisonous for our nation. The common good isn’t determined by corporate profits — it comprises many intangible but intuitive factors. America needs strong corporations to compete in the 21st Century but winning a great power competition with communist China is meaningless if we abandon the very things that made America great: family, faith, and community.