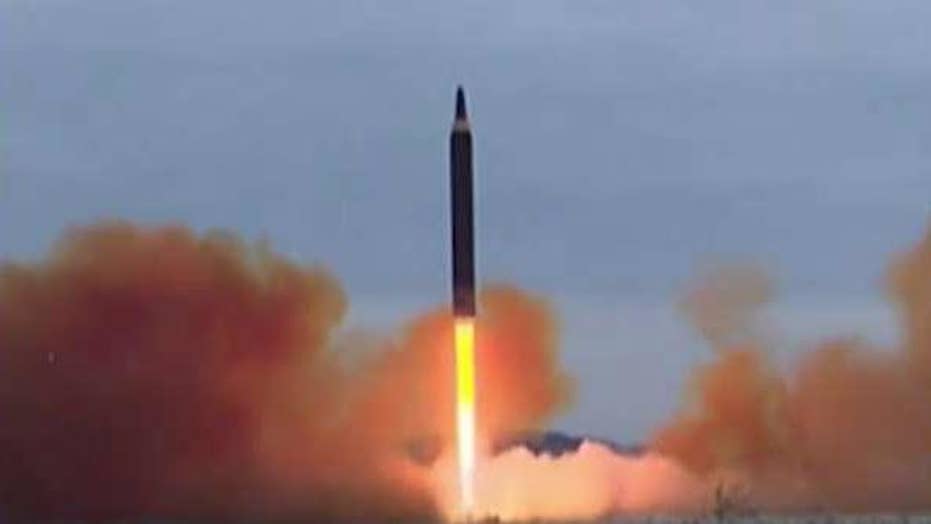 When it comes to North Korea, much digital ink as has been spilled by yours truly on these very pages concerning the dangers and challenges ahead—demonstrated by North Korea’s latest missile launch—when it comes to dealing with and deterring the so-called “hermit kingdom.”

So, let me spare you hours of reading countless articles, op-eds, and tweets.

To be honest, there is only one thing you really need to know: A war with North Korea—meaning a full-blown, all out conflict where nuclear, chemical, biological and large amounts of conventional weapons are used—would be a war like no other.

Such a conflict would be nothing like the First Gulf War, Yugoslavia, Kosovo, Afghanistan, the Second Gulf War or Libya.

One way to achieve such a result would be a North Korean attack on South Korea’s vast civilian nuclear infrastructure. Remember Chernobyl or the nuclear tragedy in Japan a few years ago? Well Pyongyang could weaponize such a disaster with ease.

Oh no, this would be an epic conflict where millions of people on the Korean Peninsula, in Japan and even in the U.S. homeland could lose their lives in the most horrific of ways.

Some might call such talk fear-mongering. But I call it reality—and we need to face up to it. Now.

Imagine large cities like Seoul, Tokyo, and perhaps Los Angeles turned to atomic ash before it’s all over. Imagine the millions of internally and externally displaced refugees whose lives would be destroyed from the sheer carnage. Then, imagine the trillions of dollars needed to put back together the economics pieces, to say nothing of the hopes and dreams of countless millions of people that would be wiped out in a nuclear nightmare that seems almost unthinkable.

Accept this nightmare is all too real.

And thanks to administration after administration—Democrat and Republican—who decided taking on North Korea was just not worth the risk, who thought patience, appeasement or bribery were better choices, we now face a crisis with no easy solution.

While I have already gone into specific detail over just how horrific just a conflict would be thanks to war games I have conducted over the years, such a war would be waged on many different fronts and have many pathways towards a humanitarian disaster that this planet has not seen in decades.

For example, North Korea does not need to launch a full-out nuclear attack on America and its allies to kill scores of people—it just needs to get a little creative.

One way to achieve such a result would be a North Korean attack on South Korea’s vast civilian nuclear infrastructure. Remember Chernobyl or the nuclear tragedy in Japan a few years ago? Well Pyongyang could weaponize such a disaster with ease.

Seoul operates 24 nuclear power plants that could all come under North Korean attack. And while these plants are relatively far from the north, Kim Jong Un does not have to be a military mastermind to conceive of a way to destroy such nuclear reactors, spreading atomic materials across the Korean Peninsula and into Northeast Asia. With many of these facilities lumped together, Pyongyang could fire a salvo of missiles at these plants with devastating impact.

Or, Kim could utilize his special forces who could infiltrate the south from tunnels or who could already be in place, launching terror attacks against such facilities. If North Korea were to destroy just a few reactors, imagine multiple Chernobyl-style nuclear disasters while South Korean and U.S. forces are trying to fight North Korea’s other forces. With millions of people trying to flee the inevitable radioactive fallout, fear might just be Kim Jong Un’s best weapon.

Considering the dangers America and its allies face, the Trump Administration needs to do all it can to contain the North Korea threat. As I have said on a few occasions here, our best strategy is to eliminate any possible funds going into North Korea, driving up the costs for Kim to deploy his military assets and develop new even more dangerous weapons of mass destruction.

Team Trump should begin by asking for a new and much more robust sanctions package at the UN—something that makes Pyongyang finally pay for its risky actions. As an oil embargo is unlikely to pass and could destabilize the regime—something that could be even worse than a war—North Korea should be stopped from exporting its slave labor that it uses to make important hard currency, currency that of course goes into funding its military machine. Such a practice is nothing but revolting, and should have never been allowed in the first place.

President Trump should also announce that any entity that is caught helping the North Koreans evade sanctions, whether it’s Chinese banks or businesses or any private firm or entity from any nation, would be immediately banned from doing any business in the U.S.

In fact, President Trump should embrace a bipartisan bill crafted by Senators Marco Rubio, R-Fla., Cory Gardner, R-Colo., Ed Markey, D-Mass., Bob Menendez, D-N.J., and Rob Portman, R-Ohio, called the North Korean Enablers Accountability Act. The bill, if passed, would “ban any entity that does business with North Korea or its enablers from using the United States financial system, and impose U.S. sanctions on all those participating in North Korean labor trafficking abuses.” The president should push for such legislation to be passed without delay, but include a 30-day grace period so such entities could be given a chance to halt their activities. But after that, it’s time these entities suffer for enabling a regime that has as many as 200,000 in prison camps and treats their citizens like prisoners.

But whatever the Trump Administration decides to do—they need to do it now. Letting North Korea slip off our collective national security radar once again for whatever the other challenge of the day is would be a big mistake. We could end up paying for such a mistake with countless innocent American lives—a tragedy we have the power to avoid.