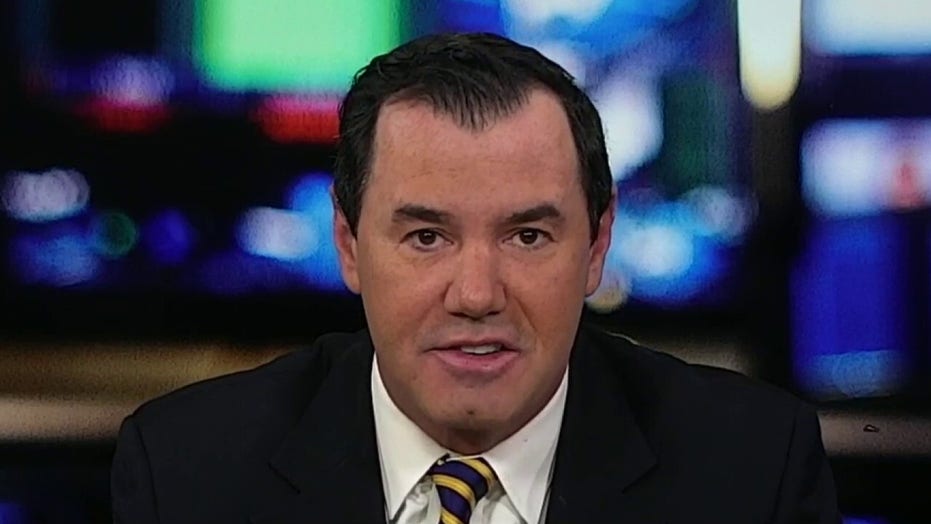 Media reporter for The Hill Joe Concha reacts to the about-face on 'believe all women' in an effort to get Joe Biden elected.

Many prominent figures in the #MeToo movement have reached a clear verdict on former Vice President Joe Biden: It’s more important to believe him than the woman accusing him of sexual assault.

For more than three years, the radical left has smeared President Trump and his supporters, falsely portraying conservatives as enemies of female empowerment and enablers of sexism.

These vicious partisan attacks played an especially prominent role in the contentious confirmation process for now-Supreme Court Justice Brett Kavanaugh, who was falsely accused of sexually assaulting multiple women when he was in high school and college.

BIDEN, AMID READE ALLEGATIONS, HIRES AIDE WHO SAID CANDIDATES SHOULD NOT RUN IF ACCUSED OF SEXUAL MISCONDUCT

Remarkably, some of the people who went after Kavanaugh most aggressively have been entirely silent – and in some cases even openly supportive – of Biden, the presumptive Democratic presidential nominee. This is despite the fact that Biden has been accused of sexual misconduct and behavior that was either lewd or violating by a long list of credible women.

In contrast to the Kavanaugh accounts, the accusations brought against Biden are more recent and involve women who have little incentive to lie about a prominent political figure from their own party.

These are the top five so-called “feminists” who continue to empower Biden by turning a blind eye to his creepy and possibly criminal behavior.

In 2018, Pelosi, D-Calif.,  publicly claimed that Supreme Court nominee  Kavanaugh had exhibited behavior “that was not suitable for a person who would be a judge on any court much less the Supreme Court of the United States.”

Pelosi even called Kavanaugh’s impassioned defense of his good name “hysterical,” and insisted that he had “disqualified himself” from the position.

Failed presidential candidate Hillary Clinton was another prominent Democrat who had a lot to say about Kavanaugh. In a 2018 interview with The Atlantic, she said she found the Senate testimony of Kavanaugh’s accuser, Dr. Christine Blasey Ford, “very credible.”

“You have to ask yourself, ‘why would anybody put themselves through this if they did not believe that they had important information to convey to the Senate?’” Clinton said at the time.

Evidently, Clinton had forgotten all about her sanctimonious stance on Kavanaugh’s fitness for high office when she endorsed Biden’s presidential candidacy last month.

Sen. Warren, D-Mass., was such a committed #MeToo activist that she even supported impeaching Kavanaugh after he was confirmed by the Senate and cleared by the FBI.

“Last year the Kavanaugh nomination was rammed through the Senate without a thorough examination of the allegations against him,” she tweeted in 2019, adding that the Supreme Court justice “should be impeached” just like “the man who appointed him.”

Of course, failed presidential candidate Warren isn’t applying the same standard to Biden, who happens to share much of her political agenda. When Biden finally issued his belated and dodgy denial of Tara Reade’s sexual assault accusation, Warren called his threadbare defense both “credible” and “convincing.”

Sen. Gillibrand, D-N.Y., another failed presidential candidate, loves to lecture America about feminism. Her passionate rebuke of Kavanaugh at his confirmation hearing was widely praised by Democrats, becoming an instant highlight of the #MeToo movement.

“Do we value women in this country?” Gillibrand said at the time.”Do we listen to women when they tell us about sexual trauma? Do we listen to their stories about how their lives have been forever scarred? Do we take their claims seriously? Or do we just disbelieve them as a matter of course?”

Today, however, Gillibrand is just another pro-Biden sycophant, claiming that when she said we must “believe women,” she only meant that women should be allowed to make accusations.

Sen. Harris, D-Calif., was an anti-Kavanaugh firebrand, taking every opportunity to amplify the accusations against the Supreme Court nominee during and after his confirmation process in her role as a member of the Senate Judiciary Committee.

“When I look at what has occurred over these few days, we have fallen short in fulfilling our constitutional duty to fully evaluate Judge Kavanaugh’s nomination,” Harris said in 2018, adding that the confirmation process “was a disservice to survivors everywhere” and “a disservice to the American people.”

Harris also happens to represent Biden accuser Tara Reade’s home state of California. Reade claims that she reached out to Harris’ office for help before going public with her story.

But just like many other Democrats, Harris doesn’t think that the plausible claims about Biden’s predatory behavior should disqualify him in 2020. Without even waiting for Biden’s personal denial, Harris recently declared that she would be “honored” to serve as Biden’s vice president. despite Reade’s allegation.

According to some of the loudest supporters of the #MeToo movement, we must always believe survivors of sexual assault and harassment – except when it comes to Joe Biden. Luckily, American women don’t have to mimic the partisan hypocrisy of prominent faux-feminists. We can disqualify Biden at the ballot box this November.