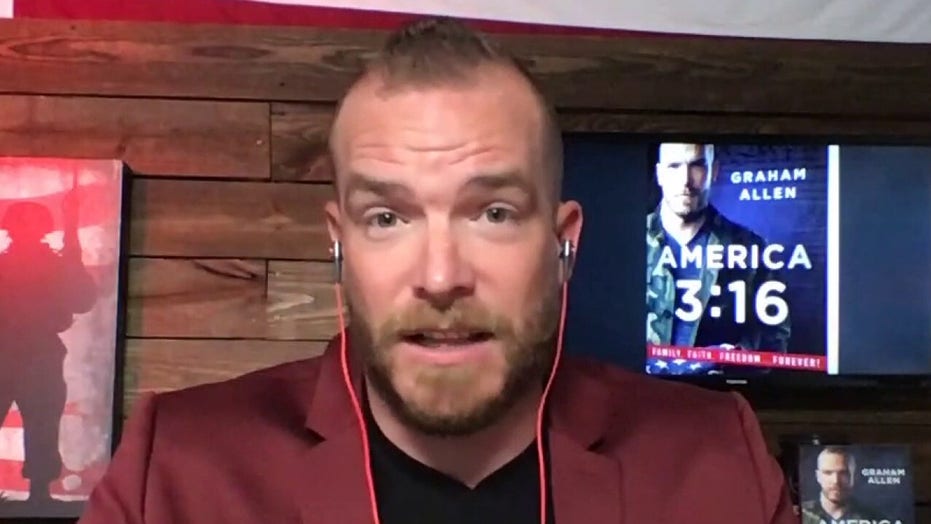 The cancel culture continues to gain momentum, as more statues across the nation are toppled, and sports teams, major food brands and even music bands are succumbing to pressure to change their names. The logical question on many Americans’ minds is: When does this all end?

To understand where this war on our history ends, we have to examine its roots and its underlying causes.

What began as a quirky campus trend has spread to American culture more broadly. Nothing, it seems, is safe from the cancel culture.

The advocates for canceling American history are fixated on one narrative – that America is irredeemably flawed and oppressive. The least safe idea, from their perspective, is that America’s founders put into motion the greatest political experiment in human history that has led to more freedoms for more people than any past system. The greatness of America’s founding is a fact, but it disrupts their conclusion, so it must be canceled.

America’s exceptionalism, from its inception to today, is the subject of my forthcoming book, "Capitol of Freedom: Restoring American Greatness," co-authored with Shonda Werry. In the book, we explore various aspects of American exceptionalism, from our prioritization of individual liberty, to our respect America has always held for private property, to the ingenious framework of limited government outlined in the Constitution.

One of the exceptional aspects of our system of government is that we are a republic, not a democracy (despite what progressives say). The founders understood that both democracies and republics present challenges. The difference is that democracies all suffer the same fate, suicide, as John Adams pointed out; republics, by contrast, require constant vigilance, but at least provide the hope of survival. That our republic has lasted 244 years is strong proof that our founders were on the right track.

Our founders knew that republican government was a necessity for our nation’s survival but that it alone was insufficient. Republics require that each generation commit to our founding ideals. The legend is that Benjamin Franklin was asked, upon exiting the Constitutional Convention of 1787, what form of government we would have. His quip, “A republic, if you can keep it,” has been an enduring reminder to generations of Americans ever since that we share the responsibility for keeping the republic.

The tenuous nature of republican government means personal responsibility plays a significant role in American culture. Progressives reject the concept of personal freedom because of what it demands of us.

The progressives’ assault on American greatness goes straight to the Declaration of Independence. The document is a marvel and is the strongest demonstration of American exceptionalism. Through Jefferson’s words, we gave birth not only to a new nation but to an entirely new arrangement between humans and their government.

G.K. Chesterton, in his commentaries on America, remarked on the significance of the Declaration of Independence. “America is the only nation in the world that is founded on a creed. That creed is set forth with dogmatic and even theological lucidity in the Declaration of Independence…. It enunciates that all men are equal in their claim to justice, that governments exist to give them that justice, and that their authority is for that reason just.”

Therein lies the heart and soul of the Declaration, and it gives insight into why progressives, so determined to undermine America, attack the document. The Declaration of Independence defined individual liberty in a way that had never been done before, and it defined our rights as being God-given. Progressives are having none of that, though.

The Declaration of Independence did something even the founders did not fully anticipate. It put into motion the abolition of slavery. Progressives have championed historical nonsense such as the 1619 Project, which attempts to make slavery the sine qua non of our nation’s founding. In reality, slavery was an affront to America’s ideals, and to the very language of the Declaration of Independence, and that is why the institution was done away with.

Elections almost always come down to one central question. This year’s election question is a nod to Benjamin Franklin: Is our republic worth keeping? The cancel crowd tells us there is nothing worth preserving in our history, and we should systematically attack, destroy, rewrite and rename.

For the rest of us, November provides an opportunity for us to take personal responsibility for keeping our republic. Will that be easy? No, of course not. But nothing worth doing ever is.