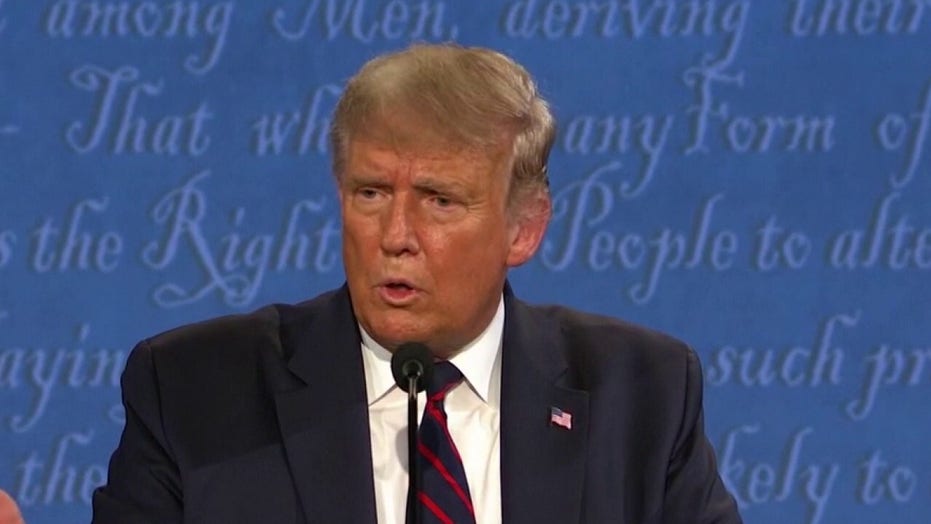 Well, how bad was it?

Was the Cacophony in Cleveland really the existentially awful event that just about everyone says it was?

Was it an “Epic Moment of National Shame” and an “Embarrassment for the Ages,” as Politico’s screaming headline put it?

Was it, as the Washington Post’s Dan Balz wrote, “an insult to the public” and “a sad example of the state of American democracy”?

And what, if anything, did we learn from the first presidential debate?

There was some substance and strategy, but most of it was drowned out by the endless interruptions.

Joe Biden was uneven and was drawn into the insult game, calling the president a “clown” and “fool” who keeps “yapping.” I don’t see how that helps his pitch as a uniter.

But it was President Trump who, deliberately and methodically, blew up the format by refusing to play by the rules, constantly talking over Chris Wallace as well as his opponent. That’s not a partisan observation, it’s a fact. On a night when his campaign wanted to make the race more about Biden, Trump made it about himself and his tactics--fueling the media narrative that he’s more obsessed with his grievances than the country’s problems.

Every day, the media are awash in 20 Trump stories for every one about Biden. Sometimes that’s the president’s doing, such as predicting post-election chaos, as he did in the debate, and sometimes it’s the press, as with the New York Times series on Trump’s tax returns. The net effect is round-the-clock analysis and criticism of the 45th president and far less scrutiny for Biden, who sometimes deliberately avoids making news (as he did in Cleveland by refusing to take a stand on court-packing and filibustering).

The former reality show star is used to commanding the stage, and to dismissing or taunting reporters for questions he doesn’t like. To do that at a debate was to shatter another norm. When you combine that with his warnings about massive mail-ballot fraud, you see a leader determined to cast doubt on the legitimacy of an election that polls show him losing.

“His strategy is basically to upend democracy,” MSNBC’s Chuck Todd declared yesterday, but even if you don’t cast it in such dramatic terms, Trump is certainly sowing doubt.

The Trump approach alienated some female pundits. BBC’s Katty Kay said it reminded her of every meeting where male loudmouths wouldn’t let women talk. In the Atlantic, Megan Garber says: “Interruption is such a familiar form of disrespect. To be interrupted—in a meeting, in a casual conversation, on a presidential-debate stage—is to be told, with blunt efficiency, that your voice is not as important as the voice of the person who is talking over you. It is to be informed, through the prevention of the words you are trying to utter, that you matter just a little bit less. Welcome to the club, Joe and Chris. The water’s warm, and deeply condescending. Many women, last night, remarked on the ugly intimacy of it all.”

The presidential debate commission, for its part, is weighing “additional structure” for the last two faceoffs.

Beneath the chaos, we saw Trump trying to tie Biden to Bernie Sanders and left-wing positions he doesn’t support, such as the Green New Deal and Medicare for All. We saw Biden constantly pivoting back to the coronavirus and health care, trying with limited success to avoid the mud-wrestling.

Biden’s weakest moment was when he pleaded he was just a private citizen after Wallace asked if he’d pressed Portland’s Democratic mayor or Oregon’s Democratic governor to stop the violence there.

Trump’s weakest moment was when Wallace asked him to condemn white supremacists. The president said “sure”--his surrogates are now saying that was the denunciation--then quickly added that “almost everything I see is from the left wing.”

Pressed about the far-right Proud Boys, which promotes political violence, the president said: “Stand back and stand by. But I'll tell you what, I'll tell you what. Somebody's got to do something about Antifa and the left.”

It was a layup--a simple condemnation of white supremacists, which he’s done before--that Trump refused to take.

But the final scorecard is unclear. The debate was so chaotic that the usual analytical tools that journalists use were rendered meaningless. Nobody, including the voters, really won.