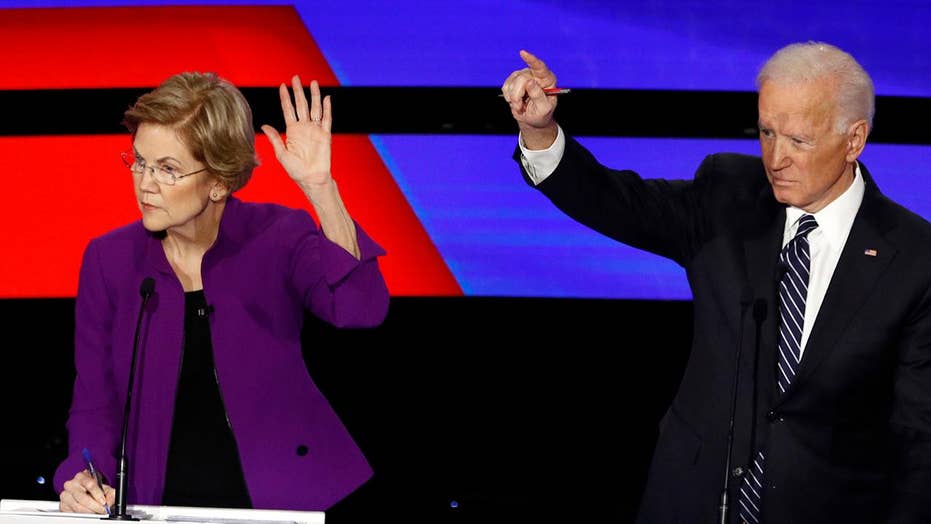 “To see those two have that level of vitriol was very dispiriting,” Jones said during a network panel discussion after the debate in Des Moines, Iowa, less than three weeks before the Iowa caucuses.

It also left him thinking Democrats were unlikely to defeat President Trump in November, he said.

Leading up to the debate were reports that Sanders had told Warren he didn’t think a woman could win the presidency. But on the debate stage, Sanders vehemently denied the story.

Warren countered by pointing out that only she and Sen. Amy Klobuchar among the debate participants had never lost an election – and only Warren herself had defeated a Republican incumbent in the last 30 years.

Sanders answered by insisting he had defeated a GOP candidate – exactly 30 years ago.

After the debate, Warren even appeared unwilling to shake Sanders’ hand when he extended it.

Four other Democrats – Klobuchar, Joe Biden, Pete Buttigieg and Tom Steyer – shared the stage with Warren and Sanders, but CNN’s Jones didn’t seem impressed with them either.

“The Democrats are going to have to do better than what we saw tonight,” he said. “There was [no one] I saw tonight that would be able to take Donald Trump out – and I want to see a Democrat in the White House as soon as possible.

“There was nothing tonight that, if you’re looking at this thing, you say, ‘Any of these people are prepared for what Donald Trump’s going to do to us,’” Jones continued, “and to see further division tonight is very dispiriting.”

Later, Jones tweeted he had "high expectations" for the debate but came away disappointed.

"There was a spark missing on stage," he wrote. "It felt like cold oatmeal to me."