WALTZ: I hope in his journey going forward, I hope he considers running for office. I mean, I would say to Mr. Scheller, we need leaders as politicians, we need leaders in office with a little bit of dirt and sand and blood and tears and sweat under their fingernails with that experience down range. You know, right now, we're at a record low in our nation's history in terms of veterans in office, it's at 16%. In the 1970s, it was at 80%. So I'm recruiting veterans to run at all levels, local, state, federal to lead this country forward.

He's absolutely right. And when soldiers are seeing things that are wrong, they can come to us, and we have that shared perspective. We know exactly what they're talking about, and then we can hold the administration, the Defense Department and those generals in leadership positions accountable. That's how the system's supposed to work. So I hope he runs and reaches out to me. 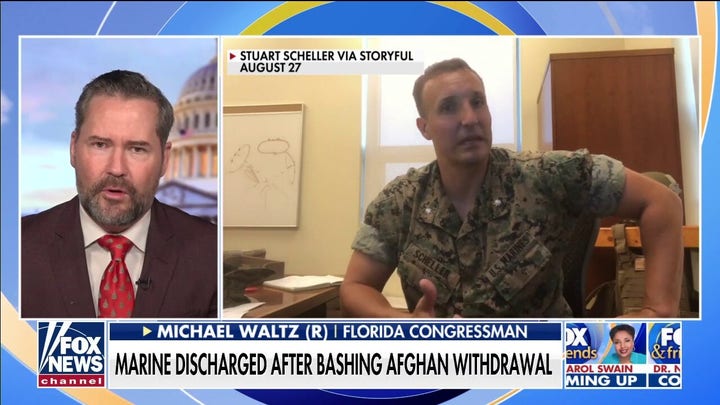