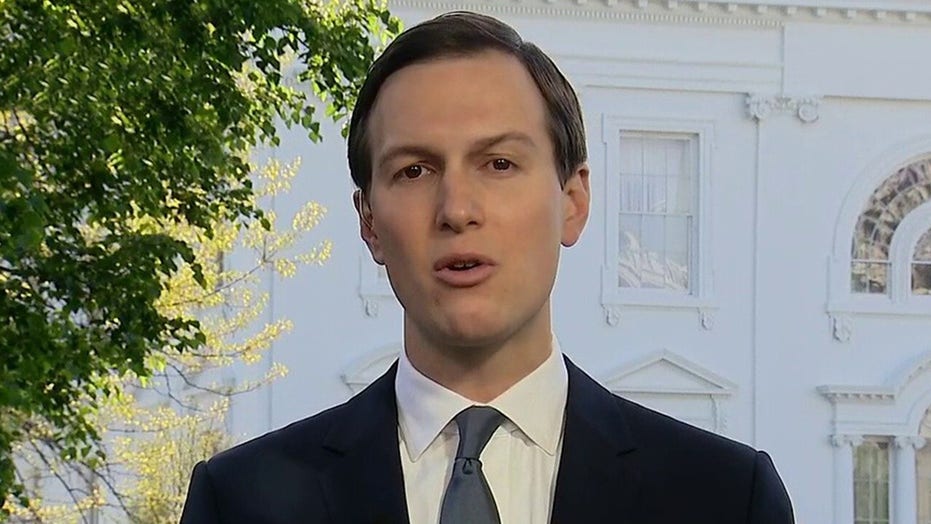 Kushner: I'm very confident we have all the testing we need to reopen the country

"I thought those were some of the most tone-deaf comments I've heard from the administration. We know that Jared Kushner has been the sort of behind-the-scenes task force leader. ... He's been instrumental in this response, this piss-poor response," Hostin said.

"And 60,000 Americans have lost their lives. So, to call this a rousing success story is shocking, it's cruel. You know, the cruelty is staggering, and I don't think Americans are buying it at all. This is not a success story at all. And I think to try to flip it like that is just cruel."

JARED KUSHNER: 'WE HAVE ALL THE TESTING WE NEED' TO START REOPENING THE COUNTRY

Kushner, who has been helping lead response efforts, said in an interview with “Fox and Friends” that the administraiton had “achieved all the different milestones that are needed. So the federal government rose to the challenge, and this is a great success story.”

"The View" co-hosts have long attacked the administration's coronavirus response, accusing the White House of not acting quickly enough and failing to provide enough testing for the country.

On Friday, White House press secretary Kayleigh McEnany defended Kushner after a reporter asked about the perception that his response lacked "empathy."

"Of course, we grieve for every American life that has been lost, but we want the American people to be confident in the response of this administration. That is what he was referring to," she added.