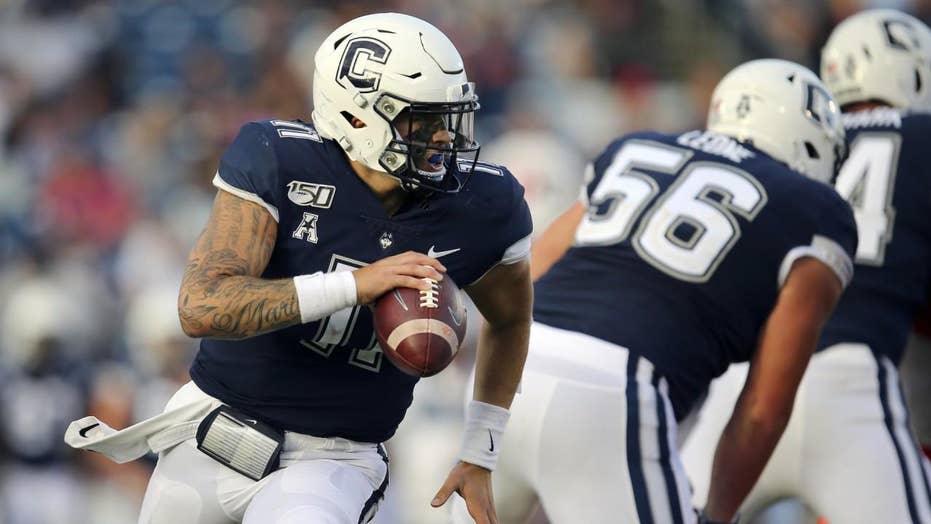 UConn head football coach explains why he canceled the 2020 season

UConn head football coach Randy Edsall says he felt there were safety obstacles facing his team including controlling infections and implementing quarantines, which led him to make the difficult decision to cancel the football season, making them the first NCAA Division 1 school to do so.

The University of Connecticut scrapped its 2020 football season because the coronavirus pandemic presented obstacles that could not be overcome, head coach Randy Edsall told FOX Business Network's “Cavuto: Coast to Coast" Thursday.

The university announced it had canceled its season Wednesday, becoming the first NCAA Division I Football Bowl Subdivision school to do so.

“As we continued to move forward through the month of July," the coach said, "you could just see there were obstacles in the way that we didn't feel that you could overcome."

FILE - In this Oct. 26, 2019, file photo, Connecticut head coach Randy Edsall during the first half of an NCAA college football game in Amherst, Mass. UConn has canceled its 2020-2021 football season, becoming the first FBS program to suspend football because of the coronavirus pandemic. (AP Photo/Jessica Hill, File)

Some players developed coronavirus symptoms, which Edsall said required a 10-12 day recovery process before returning to the field.

“Our players really felt like the risk isn't worth the reward of going through a season and being able to accomplish what you want to do as a team or what you want to accomplish individually,” he said. “And they expressed that to me. And so I wanted to make sure that their voice was heard because first and foremost, they're the ones playing the game.”

In addition to the players' concerns, Edsall told Cavuto there were too many “unknowns” about how the season would operate, particularly in regard to road games that require hotel stays and dressing in tightly-packed visiting locker rooms.

“I wanted to make sure that our players had a say in this,” he said. “Because you take a look at a lot of these things that are going on – these players really didn't have a say in anything ... I'm glad we made that decision and our kids now have direction in terms of what's going on."