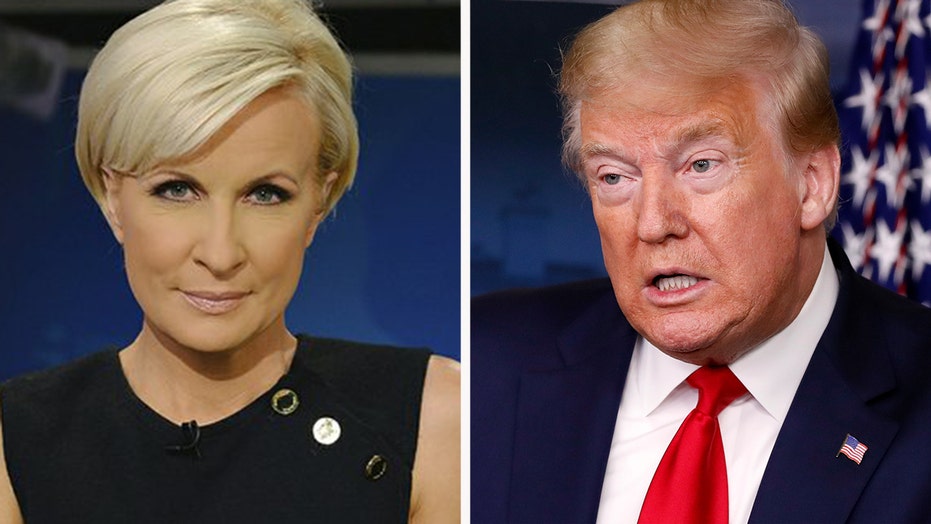 Pushing a conspiracy theory about Scarborough.

President Trump’s ongoing Twitter attacks on MSNBC host Joe Scarborough have gotten so ugly that the social media giant issued a statement regarding calls to limit the president’s use of its platform.

For several weeks, Trump has implied through tweets that Scarborough is responsible for the 2001 death of Lori Klausutis, a staffer who died in his office when he was a Republican congressman.

Trump continued to tweet about Klausutis' death on Tuesday morning despite significant backlash from all corners, prompting Twitter to issue a statement.

“We are deeply sorry about the pain these statements, and the attention they are drawing, are causing the family. We've been working to expand existing product features and policies so we can more effectively address things like this going forward, and we hope to have those changes in place shortly," a Twitter spokesperson told Fox News.

MSNBC’s “Morning Joe” namesake Joe Scarborough has been the target of Twitter attacks by President Trump.

Trump’s claims have upset lawmakers on both sides of the aisle, Scarborough’s wife Mika Brzezinski (who last week demanded to speak with Twitter management over the president's incessant, nasty tweets), and even Klausutis’s widower.

No foul play is suspected in the death of Klausutis, which was ruled an accident by the medical examiner, according to The Washington Post.

Scarborough addressed the situation on Tuesday morning, condemning Trump’s tweets, before Brzezinski read a letter that Klausutis’s widower sent to Twitter CEO Jack Dorsey urging him to intervene and remove the tweets that he said are distorting his wife’s memory for perceived political gain.

“Nearly 19 years ago, my wife, who had an undiagnosed heart condition, fell and hit her head on her desk at work. She was found dead the next morning. Her name is Lori Kaye Klausutis and she was 28 years old when she died. Her passing is the single most painful thing that I have ever had to deal with in my 52 years and continues to haunt her parents and sister,” Timothy J. Klausutis wrote. “I have mourned my wife every day since her passing.”

Klausutis continued: “There has been a constant barrage of falsehoods, half-truths, innuendo and conspiracy theories since the day she died. I realize that may sound like an exaggeration, unfortunately it is the verifiable truth. Because of this, I have struggled to move forward with my life.”

He then explained to Twitter's boss that the president was “disparaging the memory” of his late wife on the social media platform.

“The frequency, intensity, ugliness, and promulgation of these horrifying lies ever increases on the internet. These conspiracy theorists, including most recently the President of the United States, continue to spread their bile and misinformation on your platform disparaging the memory of my wife and our marriage. President Trump on Tuesday tweeted to his nearly 80 million followers alluding to the repeatedly debunked falsehood that my wife was murdered by her boss, former U.S. Rep. Joe Scarborough,” Klausutis added. “My request is simple: Please delete these tweets.”