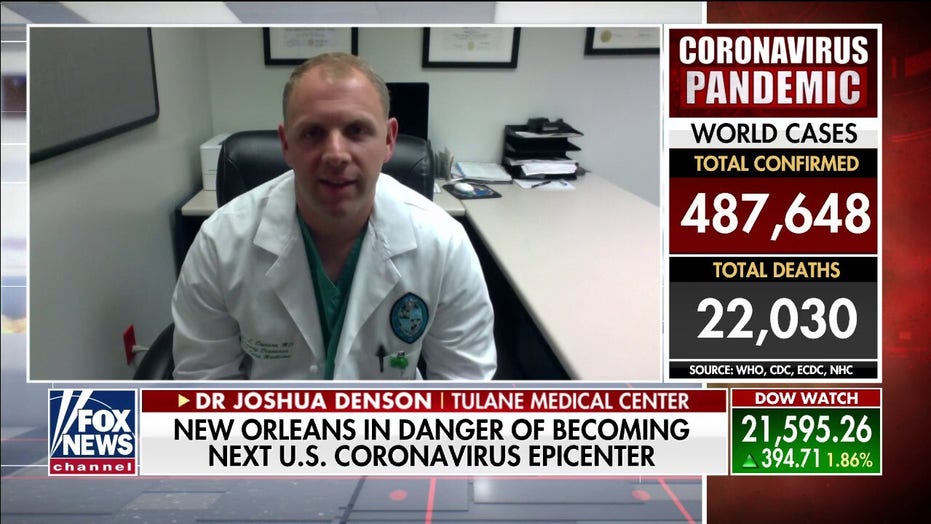 Appearing on "America's Newsroom" with host Ed Henry, Denson said that the progression of cases seen in hospitals on a daily basis is a slow process, but "every day more add up."

"As far as fears it could be the next epicenter: I think that, unfortunately, I kind of think we are there," he said.

"A lot of the problem with this disease –  as many have already heard about and know – is especially when [patients] end up in the ICU ...  they will end up being there for anywhere from one, two, or three weeks sometimes," he said.

To date, there are almost 70,000 confirmed cases of the virus in the United States with over 1,000 deaths. Louisiana lays claim to over 1,700 of those cases, with 65 deaths reported. 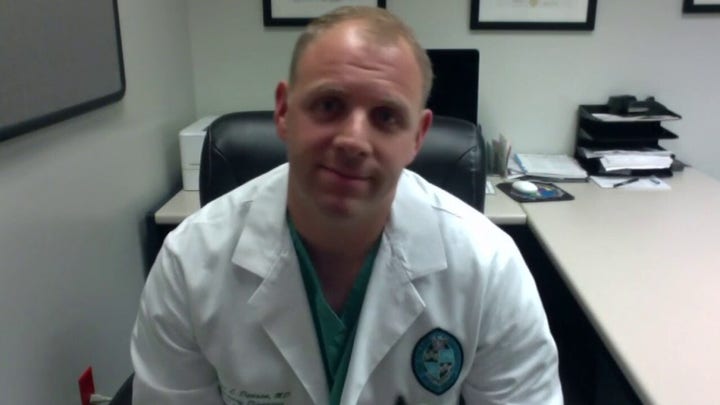 Denson told Henry that the duration of the disease is the doctors' main concern.

"The other thing that hasn't been talked about as much is not only do people that may get sick...ultimately die, but there is a large amount of the population that suffer disability from being in the ICU for some time," he explained. "And that's kind of a group that I'm worried about personally, because we're seeing this ramping up and people aren't getting better immediately."

"Some do but – the majority do – but the ones that don't, it's a long process," added Denson.

Denson said that although right now New Orleans is "hanging in there" in terms of allocating emergency supplies, Louisiana's Governor John Bel Edwards was right to call for aid.

"I do want to make a point that, you know, any support that we can get in New Orleans would be greatly appreciated," he concluded.