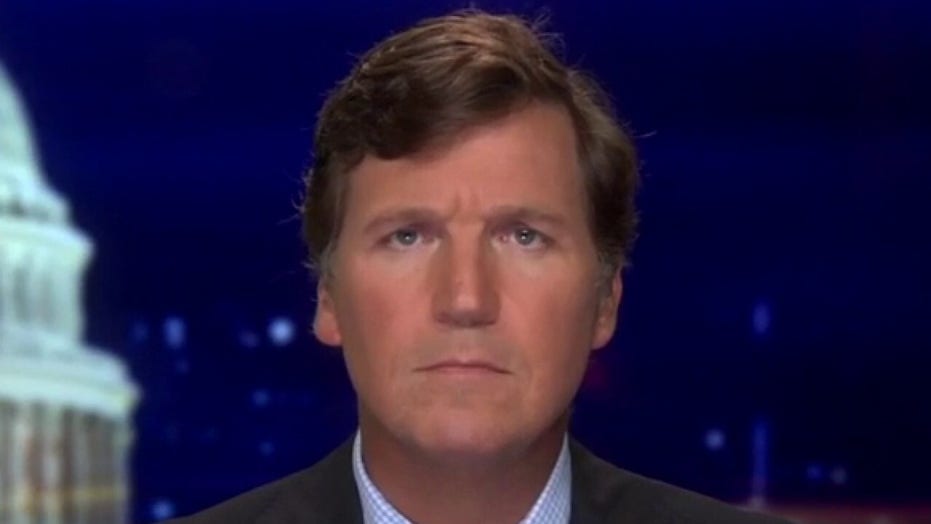 Tucker: Elites don't want you to question their coronavirus policies

They want you to shut up, obey and do what you're told.

Tucker Carlson opened Wednesday's edition of "Tucker Carlson Tonight" by lamenting the loss of rights as some American leaders abuse their power during the coronavirus pandemic.

"You think some civil libertarian judge somewhere would do something about all of this," Carlson said of the restrictive public health orders put in by governors, mayors and other officials. "They're always inventing new rights for illegal aliens. Usually the right to free stuff at your expense ... Maybe we could get some of those rights, too. But no, you're just an American. Do what you're told."

The host then addressed the case of Dallas salon owner Shelley Luther and what her situation says about the current state of America under lockdown.

"Luther owns a salon in the city of Dallas. In March, she closed her business. The government told her to. She lost all of her income when she shut it down, because that's what our leaders demanded. And then she waited. And she waited. And she waited. And a month later, her business was still closed and she was out of money," Carlson said. "Finally, she decided she had no choice. Her back was against the wall. So on April 24, she reopened her salon. The government warned her not to do that. They sent her a citation. She did it anyway."

According to Carlson Luther was arrested and brought before Dallas County Judge Eric Moyé.

"He is a political hack. He's a self-described Democratic Party activist who once circulated a chain letter denouncing Supreme Court Justice Clarence Thomas as a race traitor," Carlson said. "Eric Moyé lectured Shelley Luther about how she was a bad person."

Carlson commended Luther for not groveling to Moyé before she was sentenced to a week in jail and a $7,000 fine.  He also pointed out Moyé made a six-figure salary and has been paid continuously during the pandemic.

"Small business owners who are going under, these are people with employees who are struggling to buy food, are being punished for the crime of earning a living by authoritarian buffoons, goons who were living off their tax dollars," Carlson said. "How's that for an arrangement? Meanwhile, and this is the best part, actual criminals are going free.

"Three weeks ago, the city of Dallas began releasing more than a thousand inmates from the county jail. Some are in for serious crimes," Carlson added. "Authorities said they had no choice. They had to save the inmates from the virus. The very same virus that Shelley Luther will likely be exposed to in jail where she is now for trying to earn an honest living."