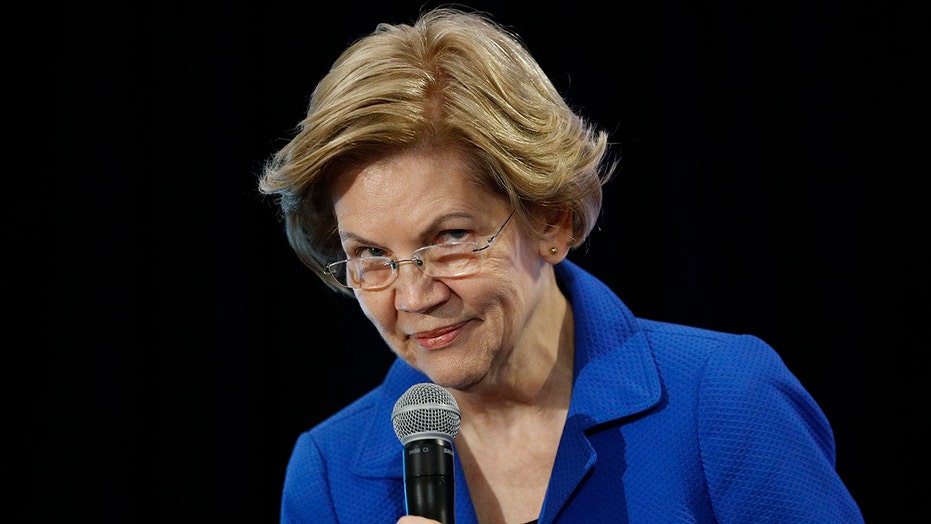 Candidates tell the truth when they're losing.

Tucker Carlson harshly criticized Democratic presidential candidate Elizabeth Warren's call to implement criminal and civil penalties for spreading disinformation regarding U.S. elections Wednesday, calling her proposal "fascist" and noting the "irony" that a political figure who many criticize for not being truthful wants to address disinformation.

"Warren's decided to go full fascist because that's who she is and has always been," Carlson said on "Tucker Carlson Tonight." "Try to ignore the redolent irony here. This is the person who for years posted false claims online that she was a Cherokee Indian to sway voters. This is the candidate who pretended she lost her job for being pregnant and her kids went to public school. Now, this very same person is threatening to send you to prison for telling tall tales."

"The most florid liar in the race, someone the New York Times once euphemistically described as a 'gifted storyteller,' says she's going to criminalize lying," Carlson said. "Paging Dr. Freud. That is more than hypocrisy. It's a sickness."

Earlier Wednesday, Warren announced her plan to protect elections from Russian interference and other forms of disinformation, saying in a statement: "The stakes of this election are too high -- we need to fight the spread of false information that disempowers voters and undermines democracy."

As part of her plan, Warren vowed to "push to create civil and criminal penalties for knowingly disseminating false information about when and how to vote in U.S. elections," claiming that such information "has the explicit purpose of undermining the basic right to vote" and that such efforts targeted "chiefly Black voters" in 2016.

Carlson blasted Warren saying she was dreaming of establishing a "Ministry of Truth," a la George Orwell's "1984."

"But what does that [her plan] mean?" the host asked. "Well, it means that when people say things that Elizabeth Warren doesn't like or that impede her attempts to accumulate power, they should go to jail. Warren isn't the first person to fantasize about this. Of course, all megalomaniacs dream of running their own ministries of truth."