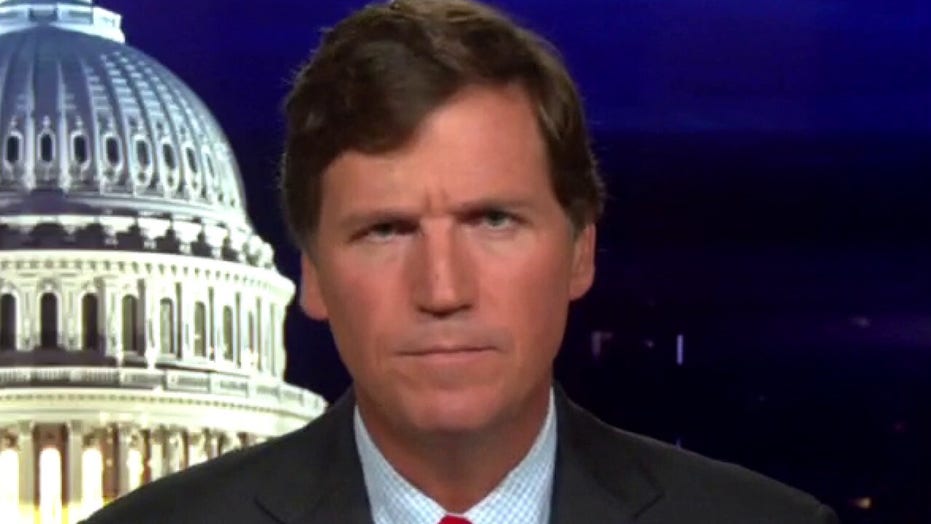 The American people should have been allowed to see police body camera footage of the moments before Minneapolis police officer Derek Chauvin pinned George Floyd's neck under his knee much sooner than this week, Tucker Carlson argued Tuesday.

Footage from the cameras of former rookie officers Thomas Lane and J. Alexander Kueng was obtained by the Daily Mail and published Monday. The video shows about 18 minutes from Kueng's body camera and 10 minutes from Lane's.

The footage shows four Minneapolis police officers struggling with Floyd this past May 25 before one of them, Chauvin, ultimately pins Floyd to the ground in a scene that sparked protests worldwide.

"The catechism has been written and it's in stone. 'George Floyd is a martyr, period' ... " the "Tucker Carlson Tonight" host said. "But in America, that's not good enough. It's not a real answer. In free societies, citizens have a right to know why things are changing so quickly.

"What exactly is the basis of this cultural revolution that we're all living through?" Carlson asked. "Once again, it may be some time before we can answer those questions with certainty. Maybe we never will. We'll probably debate them for decades. But more facts are always the first step toward establishing what the truth is ...

"Floyd's death has been used to justify a nationwide convulsion of violence, destruction, looting, in some cases killing ..." Carlson went on. "In addition to unprecedented levels of political upheaval, the wholesale reordering of our most basic institutions, Floyd's death changed everything. It was a pivot point in American history. No matter what your side you're on, that's very clear at this point. So with all of that in mind ... it's striking how little we really know months later about how exactly George Floyd died."

Carlson then played clips of the body camera footage. Prior to its publication by the Daily Mail, the video was only available for viewing at the Hennepin County Courthouse, by appointment only.

"You can decide for yourself what you think of that video. And we hope you will. That's the whole point of having a news network, to bring you the facts and allow you to decide what they amount to. We hope that takes place in this case," Carlson said. "So the question is, why haven't we seen the rest of the video until right now? The video seems relevant, particularly considering all that happened next."