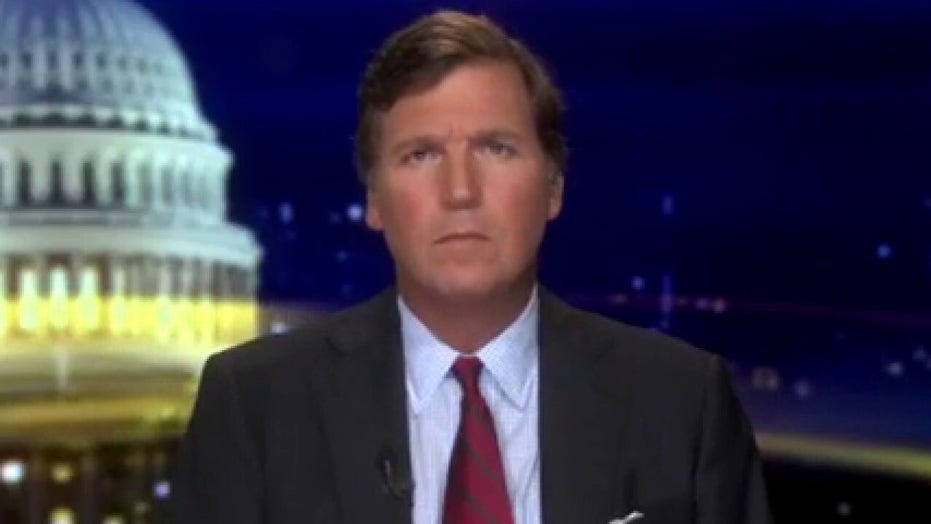 Tucker: Some lockdown lawmakers want to stamp out dissent

Expressing your views about the decisions that politicians make is protected under the Constitution.

Tucker Carlson slammed governors and other executive-level politicians Monday for using the coronavirus pandemic to harden their control over the population by "leveraging" public fear of the contagion.

"If you look at the numbers -- and on this show, we do our best to do that -- the most terrifying period of this epidemic appears to be coming to an end, if not already over," the "Tucker Carlson Tonight" host began. "The virus, of course, will still infect and sicken and kill many more Americans, nobody should minimize that, but the time for panic is now over.

"Our greatest fear going into this was that our entire health care system would collapse under the strain of new cases. That was a real fear and it was justified."

Carlson said that while most Americans agreed with temporary moves to keep non-essential workers at home, as well as the imposition of social distancing restrictions and the closures of movie theaters and nightclubs as well as modified services for restaurants, politicians are leveraging their newfound power to control various aspects of life and in some egregious cases surveil their own citizens. 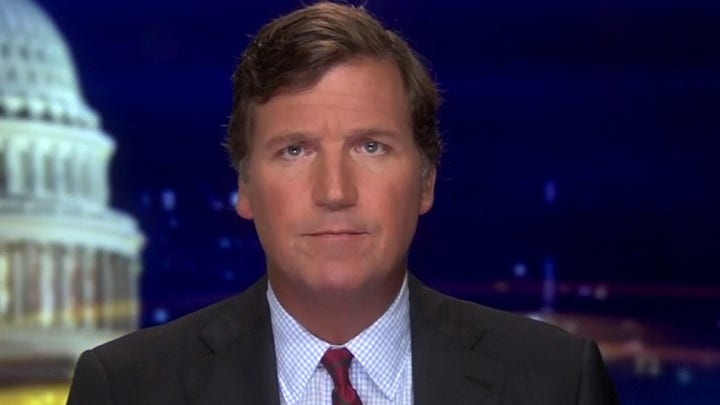 "In Elizabeth [N.J.], the mayor is using unmanned drones to spy on citizens and make certain they obey. That sounds like something they do in China and they do," he said. "In fact, the drones are literally FROM China. ... It seems obvious those drones must be sending data back to their masters in China. The Pentagon believes they are, they banned their use. But the mayor of Elizabeth doesn't care."

According to a social media post by the Elizabeth Police Department, Democratic Mayor J. Christian Bollwage recently instituted the use of drones for this purpose -- as authorities wrote they have utilized the drone technology since 2018. The department said the drones will give an automated message from Bollwage telling people to disperse and go home.

"Summonses have and will continue to be issued to those found in violation. Fines are up to $1,000," the department said.

"The drones are helping him consolidate his power," Carlson remarked, referring to the mayor.

"This is not snitching, this is saving lives," the mayor said over the weekend.

"Needless to say, it should make you very nervous when politicians leverage your fear to make themselves more powerful. It ought to terrify you when they start arresting people for the crime of disagreeing with him."

Carlson then recounted the story of a New Jersey woman who organized a protest against Gov. Phil Murphy's lockdown orders and was summarily arrested.

"In other words, she criticized the governor of New Jersey so his employees had her arrested -- Are you comfortable with that? Our leaders applaud it," Carlson said. "It makes life easier when your critics shut up and go to jail."

The host also slammed Facebook CEO Mark Zuckerberg, who recently told ABC News that his company would be taking down posts aimed at organizing protests against local stay-at-home orders.

"We do classify that as harmful misinformation and we take that down," Zuckerberg told ABC.

The CDC has put in place social distancing guidelines for the nation to follow in order to stop the spread of the virus. Officials urge people to stay at least six feet from other people, not to gather in groups, stay out of crowded places and avoid mass gatherings.