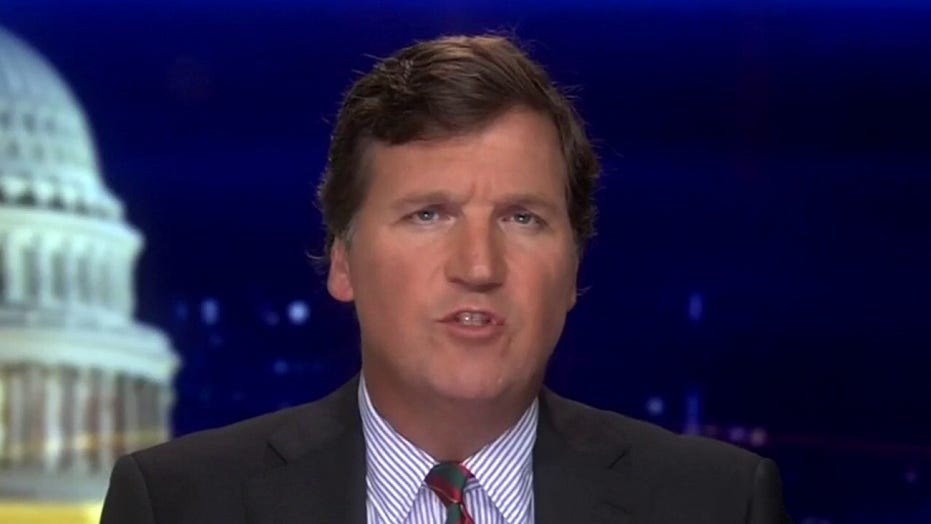 Why has the coronavirus outbreak been so especially devastating in New York City?

Tucker Carlson focused the top of his Thursday show on New York City's battle with the coronavirus, ripping city officials for increasing the "risk" for citizens and not taking the outbreak seriously in its early stages.

"As this deadly virus emerged from eastern China and began to spread inexorably across the globe, clearly headed here, leaders in New York not only failed to shield their citizens from it, they took affirmative and aggressive steps to increase the risk to their population," Carlson said.

"Why would they do that? Well, because they were worried far more about being called racist than protecting human lives. That's not an overstatement. That's not hyperbole."

GILLIBRAND RESPONDS TO CUOMO CRITICISM OF CORONAVIRUS AID PACKAGE: 'THERE WILL BE ANOTHER BILL'

Carlson criticized New York City health commissioner Dr. Oxiris Barbot, among others, who dismissed the incoming threat of the coronavirus in February.

"The risk to New Yorkers from coronavirus is low and ... our preparedness as a city is very high," Barbot said at a Feb. 2 press conference supporting the Chinatown Lunar New Year Parade and Festival. "There is no reason not to take the subway, not to take a bus, not to go out to your favorite restaurant and certainly not to miss the parade next Sunday [Feb. 9]."

"Future generations are gonna watch that video with their jaws open in disbelief," Carlson said in response to Barbot. "How could someone charged with protecting public health so recklessly endanger it?"

The host also criticized State senators John Liu and Brian Kavanaugh, who also advocated for the parade and downplayed the threat of the virus.

"Soon after that, people in New York inevitably started to get sick, in some cases very sick. In some cases, they died," Carlson said. "And then suddenly de Blasio was on 'Meet the Press' shrieking that Donald Trump had abandoned the city."

Carlson said although blaming President Trump "almost always works," this pandemic may be "too horrible" to forget what de Blasio and other officials did.

"The media play along and move on to the next thing and no one remembers what actually happened. Will that happen this time? Maybe not," Carlson said. "This time might be different. This pandemic is too horrible."