Tucker Carlson began Wednesday's edition of "Tucker Carlson Tonight" by drawing attention to the suggestion that presumptive Democratic nominee Joe Biden will refuse to debate President Trump this fall, an idea the host called "the most cynical election strategy ever devised."

Carlson noted that New York Times columnist Thomas Friedman is the most prominent media voice to espouse this plan, and suggested that Biden and his campaign could well take Friedman's advice.

"Imagine Biden spending six hours on stage with Donald Trump trading jabs on live television," Carlson asked his audience. "Oh, he can't do that. So he's not going to do that. Instead, they're going to keep Joe Biden hidden behind a curtain ... It's all pretty shocking if you think about it." 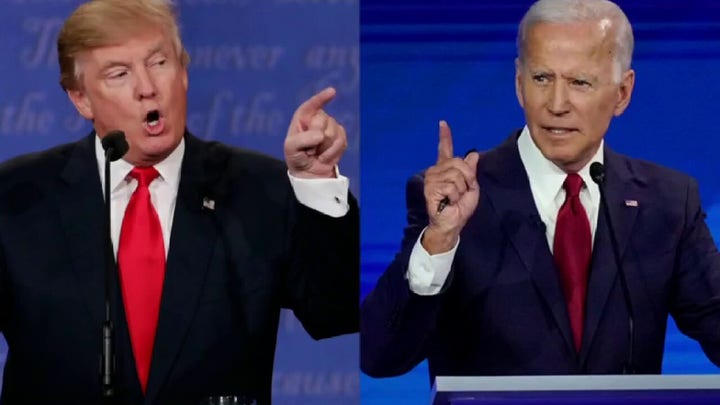 According to Carlson, the idea that Biden might skip the debates sums up the worldview espoused by his supporters on the left.

"When you criticize them, they won't engage with you. They don't bother to rebut your point. They attack you," he said. "Joe Biden himself attacked this show today, in fact. He didn't respond to the questions that we raised, he just called us names and then his minions tried to pull us off the air.

"We survived," Carlson added, "because thank God we work here [at Fox News]."

Carlson said Biden's criticism of his program is a precursor to how the former senator and vice president will govern as America's chief executive.

"Biden will pick some running mate whose identity makes it impossible for anyone to criticize her, and then they will describe any criticism of their governance as a hate crime," he said. "We got a taste of that for eight years under Barack Obama. You know how it works.

"Of course they been doing it for years on college campuses and in corporate diversity seminars -- any place where they have total control. Now the entire American population is getting the very same treatment."